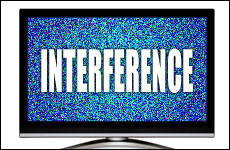 Why I gave up TV.

“Where’s the remote?” I asked my husband. It was Saturday night, the house was finally clean and the kids blessedly asleep. There was nothing I wanted more than to sink into my couch and stare at a bunch of strangers gallivanting through their fascinating lives on my television screen.

There was only one problem. We don’t own a television.

When my husband and I got married we decided that we would leave our TVs behind. We had spent too many hours of our lives on self induced mindlessness and it was time to cut our losses. We wanted to build a home infused with Jewish values, without the long arm of the television probing its sticky fingers into our world view.

At first I didn’t miss it. My husband and I had all the time we needed to work through the kinks of a fledgling marriage and then later, we were able to focus intently on the awesome newness of being parents. But the family grew, the responsibilities mounted and the ennui set in -- I needed an escape.

“What happened to your writing?” my husband asked me.

“When I first met you, you told me that you love to write. I haven’t seen you lift a pen since then.”

Oh yes, writing. It had been my outlet in my elementary school years, before high school and all of its conformity set in. Before college and its academic pressures. Before juggling graduate school while having babies. But writing for me was also an abiding love, for which I had neither sufficient time nor ambition to cultivate.

“Writing is hard,” I said. “I want something easy.” I wanted to relax, to anaesthetize myself to the gentle pressures of my own life and to lose myself in the calamitous lives of others.

But we had chosen to forgo the television. So with nothing else to do, I wrote, then I read, and then I wrote some more. And at the end of a long string of Saturday nights writing and reading, I’m surprised to see where I find myself: A published author with a number of books enjoyed by children and adults, and a flourishing writing career. I have the privilege of working at something which brings me immeasurable satisfaction, building a career that allows me to work at home while balancing my familial responsibilities.

I am fulfilling my childhood dream – a result of our decision to leave the tube out of our home.

I am fulfilling my childhood dream, a dream whose kite strings I had let go of so long ago.

And I know, doubtlessly, that it never would have happened if not for our decision to leave the tube out of our home.

My professional journey is only one spoke in the silver wheel of our lives glinting under the sun instead of the glare of the television screen. The relationships in my life benefit incalculably from its absence.

When you don’t have a television, you can’t drown out a disagreement with your spouse with a well tuned program.

When you don’t have a television, children can’t retreat to the den for some R&R, shushing you as you pass through the room with your laundry basket so they don’t miss a word.

When you don’t have a television, the only characters that live in your home are you and your very own family. Tensions must be smoothed over instead of masked, problems that your children are having are the only things glaring at you and so they must be dealt with, and family members hover next to Mommy as she replaces the television as the hub of the home.

And then of course there’s that wonderful relic called imagination that my children have the freedom to cultivate. Since the media doesn’t govern anything that my children think or do, a chair can really be a horse and a piece of string can be a lasso. A stick is a scepter, a foundation for a clubhouse, a campfire stoker, a limbo game, a cane for dress up and a javelin throw.

Sometimes I still wonder if we aren’t missing out too much. I was brought up on Sesame Street and Electric Company and what was the harm there? Sometimes people need a distraction. After all, not all of my children are voracious readers…

I remember recently, watching my children as they balanced on somebody’s discarded frying pan on the street, the rim teetering to and fro. It was a bit chilly out but we all needed to get out, the brisk air a reprieve for all the energy that had swelled inside the house.

“I know honey,” I said. It was too cold for bike riding. We had to go inside soon. Maybe this was all just crazy.

Just then, my daughter spotted a girl from her school, a special child in a wheelchair who was integrated into the mainstream school my daughter attended.

“Hide and go seek” my son called. My daughter took Rachel’s wheelchair and ran off with her to hide while my son covered his eyes with his fingers and began to count.

The sun was setting in a purple sky, I heard my children giggling as Rachel squealed.

In the Comfort of Our Own Living Room

My Mother's Purse
In the Shadow of David and Goliath
Where Do the Laws of Nature Come From?
Saadiah Gaon, Rashi and Maimonides: How Three Rabbis Revolutionized Judaism
Comments