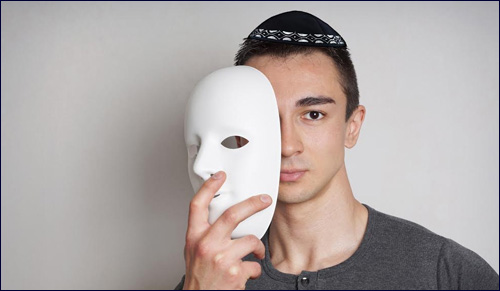 Unfortunately Haman’s desire “to destroy and to slay and to annihilate every Jew from the young to the old, women and children” wasn’t obliterated with his death.

The optimists among us dared to hope that the Holocaust was the last gasp of genocidal anti-Semitism. “Never again” we proclaimed. Surely the world would have learned that a crime against Jews is a crime against humanity itself. Yet it has taken but a little more than half a century for the age-old hatred that inspired Haman to once again erupt around the world.

The hostility of the Arab world doesn’t shock us. Anti-Zionism has long been the cover for anti-Semitism. Even the reawakened enmity to Jews now evident in the supposedly more civilized capitols of Europe ought not to surprise us. The blood libels and the protocols of the Elders of Zion were the fabrications of allegedly cultured societies. More unexpected is the rash of anti-Semitic incidents across the American landscape. Forced evacuations of Jewish community centers threatened by bombs; Jewish cemeteries vandalized; a severe spike in hate crimes; blatant anti-Semitism on college campuses throughout the country – these are ever more prevalent occurrences.

Haman was an Amalekite and Amalekites will remain a threat to Jewish survival to the end of days, to the messianic era. Until then Purim and the Book of Esther teach us how to deal with this threat, a lesson bitterly learned and brutally relevant to our day.

The ancient story is well known. What is not sufficiently stressed is the remarkable transformation to the way Jews living in the Diaspora should best secure their rights and ideally deal with anti-Semitism.

The tale begins with a national feast proclaimed by the Persian King lasting an amazing half year. The subtext of the celebration filled in by Talmudic commentators is the reason for this sumptuous party: the King’s public display of captured items from the Jewish Temple, a visual demonstration of the King’s might and universal power.

All in the kingdom were invited. We can imagine the dilemma of the Jews with regard to their attendance. It was their temple whose conquest was the source of merriment. Yet Jewish refusal to participate would make them stand apart and identify them as outsiders. Better to remain silent, they reasoned. No point, they thought, in making a fuss. And so they came and they drank and they feasted with all the others, turning the other cheek to the shaming of their God and the humiliation of their people.

When the rabbis later wondered what sin might have caused God to allow the tragedy of the Purim story to unfold, they point to the Jewish enjoyment at Achashverosh’s feast as probable reason.

The Jews in exile mistakenly decided that silence was their best weapon in the face of oppression. The mute would inherit the earth, they believed. And it was that wrongful decision which almost spelled their demise.

Esther, at first, also remained silent. She concealed her Hebrew name, Hadassah. Indeed, the name Esther in Hebrew is related to the word for concealing. The name she chose to go by publicly was in agreement with the advice given to her by Mordechai. “Esther did not reveal her nationality or her lineage, for Mordechai had ordered her not to reveal it” (Esther 3:10).

But Esther eventually spoke up. She finally revealed her Jewish origins and was not afraid to publicly confront Haman. That marked the beginning of the end for her anti-Semitic opponent.

There are two remarkable customs observed by Jews on the Purim holiday.

Only when we proudly affirm our real selves and our values do we gain the respect we deserve.

The first is to dress up as someone else. The result is to make people laugh. Every custom has its roots in the story being commemorated. What is the Purim source for this charade, for covering up one’s identity? It is at the heart of the story itself. It is to recall the initial way in which Jews attempted to deflect anti-Semitism by camouflaging their real identity. The truth of course is that when we try to portray ourselves as someone we are not we are nothing more than laughable figures, people deserving of ridicule and derision. Only when we proudly affirm our real selves and our values do we gain the respect we deserve.

The second custom is universally observed in synagogues around the world on Purim. In our holy houses of prayer, the places in which we demand silence and dignity at all other times, we urge everyone present to make noise, to jeer, to hiss and to boo at every mention of the name of our arch enemy Haman. The point is profound. It illustrates how to respond to the threat of those who seek to destroy us: if you see something, say something. Silence is not a response; it is an evasion of responsibility. To diminish the threat is to be an enabler of its evil. We must speak up and make noise.

What shall we do today in the face of global anti-Semitism? There are those who still caution a “better to hush it up and make believe it isn’t there” policy. Giving it publicity, they claim, will only stoke the fire. A shrill response is counterproductive. When we show that we hurt, the argument goes, we’re giving our enemies comfort.

But they are wrong. They are as wrong as those in the early stages of the Holocaust who pretended not to see, who claimed Hitler can’t really be considered a threat, who were sure that the evil of Jew hatred was so obviously uncivilized and barbaric that it had no chance of succeeding. Wait it out, said those who counseled against protests, those who didn’t want to identify themselves as Jews with profound interest in saving their fellow Jews. It can’t happen here, they claimed. But it did – and they were proven wrong six million times over.

We need to assert our Jewish identity – not mask it – with increased passion and vigor.

There are all too many Hamans today. Anti-Semites require the spotlight of our attention and the public scorn of our protests and demonstrations. We need to shout out our pain. We need to assert our Jewish identity – not mask it – with increased passion and vigor. We need to make the elimination of anti-Semitism not simply a Jewish cause but the universal response to a heinous crime which for far too long has soiled the pages of history.

As we prepare to observe Purim this year, let us make the noise required to eradicate the genocidal ambitions of anti-Jewish hatred which still continue to plague us.

12 Years a Slave & Esther
Evolution 2.0: The Coming Darwinian Revolution
Chukat 5782: Let’s Play the Blame Game!
The Sin of Moses: The Two Ways to Communicate
Comments
MOST POPULAR IN Israel
Our privacy policy