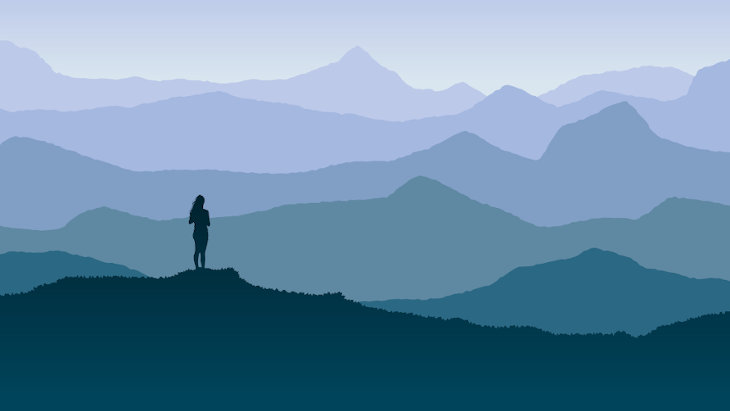 What COVID-19 has to teach us about real freedom.

There is something dreadfully ironic celebrating our ancestors’ escape from bondage in Egypt as we are trapped in our homes. Some of us are with our significant others, some with our immediate families and some, sadly, all alone, but all a far cry from the sort of Seder that most of us are used to. Being under lockdown gives an additional challenge to relive the Exodus

How can we transcend our current circumstances and recapture some of that sense of freedom?

The Freedom to be Slaves?

Interestingly, the Seder itself hints at an answer – and it is an understanding of freedom that many psychologists and psychiatrists have come to believe.

We celebrate this festival of freedom through a Seder which literally means “order”. Rather than say, expressing our freedom through a jam poetry session or a loose, freewheeling discussion on the subject, we do so through an organized, unchanging system that has been firmly in place since the Rabbis of the Talmud assembled the Haggadah some fifteen centuries ago. Some freedom that is!

More crucially, there is an intrinsic contradiction within the story of the Exodus itself. The entire point of leaving Egypt in the first place was to remove the Jewish people from being slaves to Pharaoh to accepting the yolk of the Torah and becoming slaves to God instead. This transition is, however, not simply about changing masters, from fallible and often cruel humans to the Creator of the Universe. It is a direct commentary on the very nature of freedom itself.

The Psychology of Freedom

The crux of the answer to both of these contradictions lie in the human psyche and in the fundamental idea that a) freedom has more to do with our minds than our physical circumstances and that b) true freedom can only be attained, paradoxically, through certain limitations and boundaries. These ideas are clearly reflected in the Seder itself but also, many centuries later, in the work of those dedicated to understanding just what it is that makes human beings tick.

There is a debate amongst psychologists whether freedom exists in the first place.

On the one side, we have behaviourists like BF Skinner and the father of modern psychiatry, Sigmund Freud. Both were hard determinists who believed that free will is, in effect, an illusion. Freud, in particular, took an extreme, even nihilistic view of the human being that posits that we are nothing but the result of our biology, environment, upbringing and unconscious drives. This is not at all Jewish and, frankly, a fairly limited view of the human psyche that would be rejected by many of their peers and followers.

Many psychiatrists/psychologists believe the human being is far more than just the sum of his or her influences. To these humanistic psychologists, we are particularly influenced by our own minds and, in particular, our ability to look inwards and to choose how we react to whatever situation in which we happen to find ourselves.

Carl Jung was initially a major supporter of Freud’s but his frustration with Freud’s reductive approach to the unconscious and his fundamentally spiritual outlook on life caused the two to part ways and for Jung to develop his own version of psychoanalytic theory. Jung’s approach certainly has its detractors but it was incredibly influential in the development of psychology and has had a particular impact on the 20th century spirituality and self-improvement movements.

For our purposes, one of the key areas in which he differed with Freud was in his belief that human behaviour was determined not just by the past experiences that make up our unconscious mind but by how our unconscious self relates to our aspirations for the present and future. It is in this area that the concept of freedom takes centre stage. To Jung, freedom depends entirely on our ability to make “the unconscious conscious”; to free our minds from the shackles of unknown influences and take an active part in defining who we are to be. In other words, without conscious efforts like introspection and mindfulness, we are forever doomed to be slaves to our unconscious mind.

Expanding further on the idea of freedom being entirely dependent on our internal thoughts, we come to Viktor Frankl. Like Freud, Frankl was Jewish. Unlike Freud, who dismissed Judaism and really any form of religion, Frankl’s Jewishness was central to the development of his theory of personality and an entirely new approach to psychotherapy.

As detailed in his classic, Man’s Search for Meaning, Frankl was a prisoner in a number of concentration camps during the Holocaust and from his experiences in the camps he developed a theory of what drives the human being: more than any unconscious drive, hierarchy of needs or biological imperatives, the human being’s need for meaning overrides all else. He based his theory on observing other prisoners and taking note of his own thought processes to come to the simple conclusion that those who were able to find meaning in the unimaginably grotesque and thoroughly dehumanizing circumstances in which they found themselves, had a far higher chance of surviving than those that didn’t.

From the unimaginable horrific to the most apparently mundane, there is no greater or more important freedom than our freedom to choose how we react to the circumstances in which we find ourselves. The fact that some of our most basic freedoms (freedom of movement, most obviously) are curtailed during this Passover is a challenge, but it is also an opportunity to rethink what freedom means. To return freedom, once again, to its most essential meaning: our freedom to choose.

We can also see in both Frankl’s will to meaning and in Jung’s emphasis on consciousness, the answers to the apparent contradictions in the Seder. Choosing to bind ourselves to the Torah after being slaves in Egypt is not to relinquish freedom but to use our freedom to choose to bring meaning into our lives.

Accepting the yolk of the Torah is an act of choice. In saying “na’aseh v’nishma – we will do and we will understand”, the Jewish nation used their freedom to accept the Torah as a commitment to truth and meaning, an acceptance that is replicated by every Jew throughout history.

Like a child who craves structure or an athlete who carefully adheres to his diet and regimen, commandments, rules and boundaries enable one’s higher self to be free. The performance of commandments, when done specifically in the correct frame of mind, also elevate even simple tasks out of the realm of the mundane and into the realm of genuine consciousness and deeper meaning – the two aspects of being alive that Jung and Frankl specifically tie to the very concept of freedom.

Being away from our friends and relatives or, worse, being entirely alone the Passover is not easy but it’s the ideal opportunity to really consider what that simple word, “freedom”, really means to you.

Empowering Beliefs For Freedom
Deep Breaths
What Happened to the Truth?
The Japanese Everything Bagel Spice Recipe
Comments
MOST POPULAR IN Passover
Our privacy policy