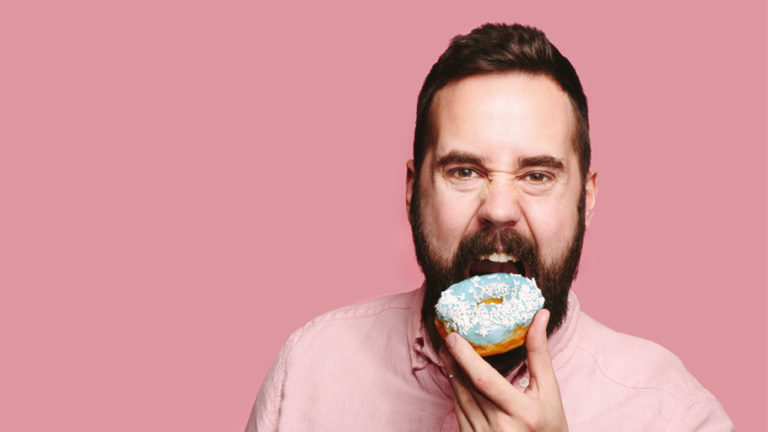 This year American Jews almost experienced a tragedy: It was rumored that Entenmann’s was going to lose its kosher certification.

Another Jewish a cappella group started up this year and also wrote a Chanukah song to somebody else’s’ tune.

The Maccabeats and the YStuds are not enough. The Jewish community will not be complete until each one of their boys is singing in an a cappella troupe. It is important that these kids have a chance to be part of a band with no instruments. A cappella is the perfect outlet for the non-musically-capable to express themselves and to not have to write original music. As it happens, I was speaking with the human beatboxer’s parents. The naches that they expressed for their child who refused to take drum lessons was such a joy to see.

The Great Pastry Scare of 2018

The biggest blow to the American Jewish community almost led to a mass American Aliyah. It was rumored that Entenmann’s was going to lose its kosher certification. Without that, Jews would be left without very dense chocolate hardened sponge cake donuts. Thank God, news reports are indicating that the certification will remain, and people will be able to still purchase pastries that do not go bad, ever. Do not worry, Jewish life is still a joy in America, you can hold off on grocery shopping.

There were also rumors that Temp Tee cream cheese was going out of business. Our people did not allow for that, as we insisted that it still spreads better on Matzah than Philadelphia whipped soft cream cheese.

Yes. The Jewish singles crisis is getting worse. Jewish singles are pushing off marriage for as long as they can. It appears that the average age of a Jewish first marriage is now 55.

A New Year’s resolution you should probably make: “I will do a better job with my marriage, so that it doesn’t look like an extremely painful incident. I will not yell at my kids in shul or around single people. We will only express our oppression and suffering to our married friends.”

Rising tuition costs are paradoxically drawing in more students. This is perfect. Now Jewish schools will be able to hire more principals. Each Jewish child deserves their own principal.

There is still a Building Fund at the Shul

The thermometer is still standing right at the entrance of the chapel. This year, the shul’s fever went up to two million dollars.

The idea behind this very exciting initiative is to encourage Shabbat observance around the Jewish world once a year. Having to do it every week was not working, so the South African Jewish community decided we should only do it once a year. Low expectations is the key to success.

Now, thanks to the Shabbat Project, one day per year there are more challahs being made than ever before in the history of humanity.

Jews are no longer willing to clean their homes. The thought of cleaning is scarier than ever. So in 2018 the Jewish people have decided that they are willing to spend $15,000 for eight days rather than being forced to sweep their kitchen.

Sukkot Decorations Were the Same Ones As Last Year

We all used the same paper chain and gourd in our Sukkahs as we did last year. The only thing that changed was my niece’s art project. Like last year, it rained and her picture of the 12 tribes got ruined again so it looks more like 12 tribes tie dye.

I Received a Chanukah Gift That Was Not Useful

Just because we are celebrating the same religious event each year doesn’t mean we have to give each other the same presents. Mom, enough with the crocheted socks already!

This announcement made some American Jews happy, others angry. Most Israelis were pleased by the move but not me. Don’t get me wrong – I am happy the Embassy is in Jerusalem but they moved it to

Talpiot somewhere and I can’t find it.

Every day of 2018 Israel was boycotted by another musician, global conglomerate, or random friend of mine living in America.

2019 is sure to bring fewer boycotts on Israel as there are less than three hundred companies worldwide that have not boycotted Israel yet.

Now, thanks to the Jewish people, fathers in Gaza are bonding with their kids.

That seems to still be a thing. Nothing about 2018 changed their minds.

We have all been dreaming of this day since the reestablishment of the State of Israel. Finally, you can travel from Israel to almost anywhere in the world and not have to stop in New York. The time of redemption is upon us.

2018 has brought much joy to somebody. I hope that somebody was you. Wishing you the best for 2019!

Shavuot at a Social Distance
It Takes A Lot Of Faith To Be An Atheist
How Instagram Brought Back This Nostalgic Soup
What Makes Eli Run?
Comments
MOST POPULAR IN Jewlarious
Our privacy policy