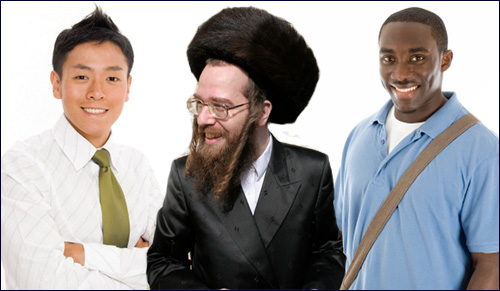 No race has the monopoly on success. But here’s the most important key to raising successful kids.

The Tiger Mom is at it again (well she’s trying, but I don’t think the traction is there this time around). Amy Chua, a law professor at Yale, has written a new book with her husband, Jed Rubenfeld, arguing that some groups are superior while the rest are contributing to the downfall of America.

Chua wrote Battle Hymn of the Tiger Mother in 2011. She criticized the Western way of parenting and said that by being cold and even hostile to your child in the manner of Chinese moms, you will raise the most successful children. Chua is known for calling her daughter ‘garbage’ when she was rude, refusing to allow her girls to have sleepovers or be part of school plays because of time taken away from studying, telling her daughter that her homemade birthday card was not good enough and that she should make another, and threatening to give away a beloved dollhouse if her daughter could not learn to play a difficult piece of classical music.

I wrote a response about Chua’s definition of raising a successful child, which never once mentioned the trait of showing kindness or compassion.

This newest book, The Triple Package, claims that there are three qualities identified as guarantors of wealth and power. And based on income, occupational status, and test scores, there are eight groups that outshine and surpass the rest by maintaining these three qualities. These groups are: Jewish, Indian, Chinese, Iranian, Lebanese-American, Nigerian, Cuban exiles and Mormons.

The three characteristics that bring these groups together are a superiority complex, insecurity, and impulse control. The authors write that you must believe that you have been chosen and somehow superior, but maintain insecurity so that you still strive to prove yourself and not grow too confident. You also require the discipline to resist impulses-especially the desire to quit in the face of hardship. The authors maintain that these three elements are in opposition to American culture and that these eight specific religious, ethnic, and national origin groups have held onto these qualities. They are the ones who hold the key to America’s revival.

The authors conclude that we were once a Triple Package nation but we have lost our edge.

The book will only be out in February but reaction is already heating up. Many are calling Chua a racist.

There is no race or ethnic group that has a monopoly on success.

Some find her theories about cultural superiority – especially her own and her husband’s – troubling. They say that her conclusions seem not far-off from the belief that there exists a ‘Master Race’. Twitter and Facebook comments reveal strained feelings. One person echoed the thoughts of many and wrote: “She believes herself to be better and some ethnic groups are simply not cut out for life.”

Can one ever say that a certain race or ethnic group is primed for success more than another? I don’t believe so.

In every nation, and every group of people, we have those who are givers and those who are takers. There are some who prosper and some who flounder. We find brilliance and we find mediocrity. There is no race or ethnic group that has a monopoly on success.

There is one truth, though, that Chua has unknowingly touched upon. We are a land that was largely established through the sweat and tears of those who were yearning for a better tomorrow. Though America is ‘young’ compared to the rest of the world, the soil is filled with the footsteps of men, women, and children who walked tirelessly, bearing the weight of history on their shoulders. Some came desperate to build homes and find financial stability. Others sought precious political freedom. And of course, there were those like my Zaydie and Bubby, and like my parents, who witnessed the loss of decency and humanity. After surviving the brutal cruelty of Nazi concentration camps coupled with the murder of beloved family members holding innocent babies in their hands, they emerged from the darkness to begin life anew. It is no wonder that this land is called ‘medinah shel Chessed,’ ‘the country of kindness’.

Leaving the known, even if you are in despair, requires great courage and bravery. You must persevere. You are confronted with great obstacles. Often you are feeling shamed and desperate. But your hope for a better tomorrow pushes you on. I believe that these are the qualities that have made our country great. Once we start taking our success for granted, we lose that awesome force that has propelled us to reach for the stars.

A Key to Raising Successful Kids

Is there a key for raising a successful child? It must be more than simply being born to a certain race and possessing the qualities that grant you superiority.

Successful children do not have parents who step in and do for them; they allow their sons and daughters to struggle. Too many of us have grown afraid of tantrums, tears, and children’s hurts. We try to shield our children from life’s pain, often recalling our own distress growing up. We want our children to be happy. We don’t want them to experience the agony of defeat. While trying to make life easier for our kids, we seem to have lost the ability to teach them how to look failure in the face and to stand up and try again. We prefer our children to achieve through connections instead of grit.

This attitude breeds mediocrity and inflated arrogance, not greatness and genuine self-confidence.

Our schools stress grades but often overlook the child’s soul. And in this quest for success, I am afraid that the heart of a generation has gone missing. We load them with exams, term papers, and scientific theories to memorize. Great marks are valued more often than great kindness. It is true that they may have more knowledge than the previous generations, but the sheer joy of accomplishment, the love of learning, the strength of spirit is somehow lost amongst too many of our children. Even though they may rise to great financial prosperity, gain status in their positions, and earn doctorates, I fear a generation who grows up defining their success by the dollar bills in their hands and the lack of idealism on their resume.

It is in that very moment when we choose to stand up again that we unearth the secret to greatness in our lives.

Amy Chua and Jed Rubenfeld are making a huge mistake in their quest for understanding the source of success and achieving greatness. It is not the fact that you have been born into a specific race or ethnic group that is blessed with specific character traits. Rather, true accomplishment is derived from the knowledge that you have been put into this world with a God-given mission to make a difference and leave your unique, shining light in this vast universe of ours. As long as you do not fear failure, as long as you delight in the discovery of spirit and the power of passion for a cause greater than oneself, you will come to a place of success.

King Solomon wrote in Proverbs, “A righteous man falls seven times, and stands up.” We do not despair when we face great obstacles. When we stumble (and we will stumble), the path to distinction requires picking ourselves up, remaining resilient and beginning again. It is in that very moment when we choose to stand up again that we unearth the secret to greatness in our lives.

Bullies and Nebs
Why Are The Prayers Of Yom Kipur So Repetetive?
Ha'azinu 5783: A Time for Unity!
Twisted Thinking
Comments