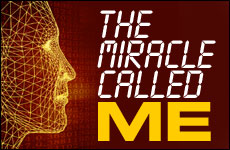 The shofar blast reminds us that our essence is truly free.

“In a building a mile up the hill from the Entertainment Technology Center, HERB sits motionless, lost in thought. Short for Home Exploring Robotic Butler, HERB is being developed by Carnegie Mellon in collaboration with Intel Labs Pittsburgh as a prototype service bot that might care for the elderly and disabled in the not too distant future… A student taps a button, issuing a command to pick up a juice box sitting on a nearby table. HERB’s laser spins, creating a 3-D grid mapping the location of nearby people and objects, and the camera locks on a likely candidate for the target juice box. The robot slowly reaches over and takes hold of the box.” (Excerpted from Us and Them: National Geographic - August 2011)

I found the story of HERB and his robotic friends to be interesting enough, but what I read next really grabbed my attention:

“Picking up a drink is dead simple for people, whose brains have evolved over millions of years to coordinate exactly such tasks. It’s also a snap for an industrial robot programmed for that specific action. The difference between a social robot like HERB and a conventional factory bot is that he knows that the object is a juice box and not a teacup or a glass of milk.”

Wait a minute! I’m the first to admit that advanced robotic engineering is miles above my pay grade. In fact, I’m in awe of what these engineers are able to create. But one thing even I know is that robots can’t “know” anything. No doubt, with more advanced hardware, sophisticated programming and faster processors, they can and will get “smarter.” But no matter how sophisticated they get, robots are still machines. When all is said and done, they gather, process, and respond to information. Like their less glamorous ancestor the computer, they consist of nothing more than hardware, software, wires and electricity. No matter how long we try, we will never be able to build a robot that knows anything. Computers may run on DOS, but they will never have DAAS (Hebrew for knowledge).

In order to actually know something, we must possess a quality that we refer to as consciousness. As a human being, I too am a sophisticated machine. In fact, I am made up of more than a billion highly sophisticated machines called cells that somehow combine to produce the organs and tissues of my body. Like HERB, these organs enable me to sense, process and respond to the material and information that fills my world. But how do a mass of cells combine to produce a collective sense of consciousness? Where does my awareness of myself and my world – that part of me that I experience as “me” – come from?

One thing’s for sure: This mystical entity is neither produced by nor subject to the deterministic rules of cause and effect that govern my physical self. It is something entirely different and separate from my body. In fact, I would argue that it is nothing short of a miracle, and therefore way beyond anything that we can ever understand, much less reproduce.

Rosh Hashanah, the awesome Day of Judgment, emphasizes the fact that what I choose today will inevitably impact how I think, feel and behave tomorrow. This is why the Rabbis state: When a person commits a transgression and then repeats it, it becomes to him something which is permissible (Babylonian Talmud, Tractate Sotah 22a). My choices create concrete realities that impact me here and now, and ultimately determine the course of my life.

My inner essence ceaselessly yearns for me to be the very best that I can be, regardless of what I have done in my past.

But there’s another aspect of Rosh Hashanah that is personified by the blast of the shofar. The shofar blast is meant to wake me up to the fact that there is a part of me that is of an entirely different order, one that remains unaffected by the choices that I make. This deeper, truer “me” is the seat of my consciousness; the part of me that experiences my life, drives the choices that I make, and yet is somehow separate from them. Because this part is essentially free, it never loses sight of who I am and what I’m capable of, and ceaselessly yearns for me to be the very best that I can be, regardless of what I have done in my past.

These two aspects of Rosh Hashanah may seem to conflict, but they are really meant to convey one overall message: As a human being, I am inherently meaningful and significant because my choices are not only impactful, but they are mine - precisely because I am free to make them. The Day of Judgment is far more than a reminder that I must pay for my choices. Rather, it’s a reminder that no matter what I choose and where I end up as a result of those choices, I will always remain free to change the course of my life at any time.

Listening to the call of the shofar reminds me to never lose sight of the greatest miracle of all – the miracle called me.

Wishing you the very best for a sweet new year!

Rabbi Mark Spiro brings more than 20 years of teaching and counseling experience to bear in his role as Executive Director of LivingJudaism. His clear, insightful and caring approach has helped thousands of individuals discover a Judaism that is both profoundly deep and refreshingly relevant to the most important issues and concerns in their lives. Originally from New Rochelle, NY, Rabbi Spiro attended Cornell University School of Architecture and Aish HaTorah’s College of Jewish studies in Jerusalem, where he received his rabbinic ordination in 1989. He has since served in leadership roles in numerous communities around the world, including as Assistant Director of Aish’s advanced study program in Jerusalem, Educational Director of Aish HaTorah in Washington D.C. and South Florida, and Executive Director of Aish HaTorah in San Francisco. Rabbi Spiro and his wife Heather have 4 children. When not working, he enjoys getting outdoors to mow the lawn, hiking, skiing, music, and martial arts. He also teaches and serves as Managing Director of Seattle’s Hebrew High. 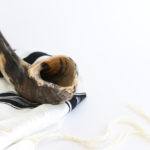 The Meaning of Rosh Hashanah: An In-Depth Analysis20 min read 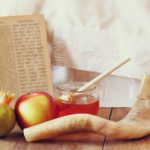 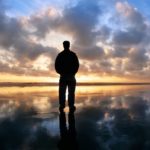 God Loves You – Do You Love Him?3 min read 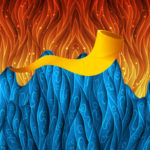 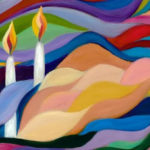