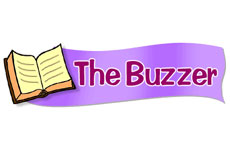 "How is it that every time there is a buzz, waiters come out with food?"

Sammy Simple was a very simple man. All his life he was very poor and lived in a small town out in the county. But one time, Sammy was lucky enough to be invited to the big city for a fancy meal in the house of Baron Wealthchild.

Not being used to riches -- magnificent wall tapestries and crystal chandeliers -- he was more than overwhelmed. So he just took his designated place at the table and observed everything around him.

All of a sudden a noise was heard. "Bzzzzzzzzz Bzzzzzzzzz." It was some sort of buzzer, but Sammy couldn't understand where it was coming from. Before he knew it, waiters appeared with trays of drink and extravagant appetizers. After they finished the appetizers, the sound of the buzzer was heard again. The second course appeared on the trays being carried by the waiters. And so it was throughout the evening, whenever the "buzz" was sounded, the waiters appeared with trays of food.

Sammy was so curious that he couldn't contain himself any longer. He just had to ask Baron Wealthchild about this. "How is it that every time there is a buzz, waiters come out with food?" he asked his host.

The Baron pointed under the table and explained. "This is my hidden buzzer. When I buzz, out comes the food." Baron Wealthchild pressed the buzzer one more time, and immediately the desert was on its way.

Sammy thought this was so fascinating, that he was determined to get a buzzer like this for his own home. He figured this would be a great gift to bring to his wife and family. The very next day, he went to the store to buy such a buzzer. Feeling quite sure that his years of poverty were over, he excitedly ran home with his purchase to his wife and children.

"Just wait and see what I have bought," he told them, "our days of hunger are gone forever." He attached the buzzer to his table, gathered his family and seated them all at the table. Then, with confidence, he pressed his buzzer, anxiously awaiting the entry of the waiters and all the delicious food.

Of course nothing happened, no matter how many times he pressed the buzzer.

The next day he returned angrily to the store, explaining what had happened at the wealthy man's house, and demanding to know why his buzzer did not work.

"Silly man," said the store owner, "the buzzer alone is worthless. It simply signals the waiters to bring the food that has been previously prepared. Much preparation must be done before the buzzer can accomplish anything."

So it could be with us. Let's not fool ourselves to believe that by eating the Rosh Hashanah foods, we magically and instantly become worthy of a sweet year. It takes a lot more than that. The foods are merely buzzers that call forth the preparation and sincere prayer required to genuinely merit blessings from the Almighty. With that in mind, we hope and pray for a good sweet year of increased merits.

Q. It's important to prepare before the High Holidays and to show God that we really mean to work on becoming better people this year. What is one thing you want to work on improving? What are some possible ways to work on this?