The Talmudic Formula for Success 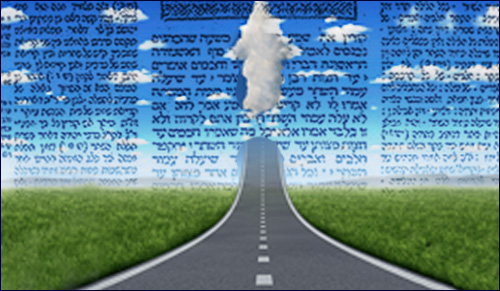 I made my fortune but didn’t feel successful. What was missing?

After practicing corporate and securities law for a couple of years at one of the largest law firms in the world, I decided to pursue my entrepreneurial passions and start a travel business. I worked hard and had a passion to succeed. My dream was to have enough annual profits to sell the company and have enough funds from the sale to retire and do whatever I wanted to do for the rest of my life. Buy a nice condo, fancy sports car, travel and more. When we exceeded that annual profit goal, I sold the company and moved back to Florida where I grew up to enjoy life. I thought I reached a level of great success, but six months later I was so bored. I didn’t feel successful. I felt a lot was missing.

I started looking for answers. I remembered learning from my paternal grandfather, Juda Diener, that the best place to search for answers to life’s tough questions is the Talmud. I watched him study Talmud every day. As a witness of the Holocaust, he believed the way to win the war against those determined to destroy the Jewish people is to educate our people on our great traditions and sacred texts. Only when we understand and appreciate our great heritage and resources will we fight to preserve them. He gave away most of his fortune to starting Jewish Day schools. He believed that the Talmud was the backbone of Judaism and that if he could get thousands of people studying Talmud regularly it would make them much more committed to preserving Judaism.

Webster’s dictionary defines success as the fact of getting or achieving wealth, respect, or fame. What was Judaism’s definition for success?

Along with Rabbi Pinchas Teitz, one of the top leaders and scholars at the time, they came up with the brilliant idea back in the fifties of broadcasting a page of Talmud every week on New York radio. There was no Internet then; the major place people went for news was the radio. This program was so successful that is lasted for 36 years. I later spent several years in Jewish Day School studying Talmud and was always impressed at the deep level of wisdom it contained. I knew the Talmud was the right place to figure out what I was missing.

Did I really achieve success? Webster’s dictionary defines success as the fact of getting or achieving wealth, respect, or fame. What was Judaism’s definition for success?

Judaism’s formula for success in life can be found in the tractate of Shabbat, 31a. It is a rabbinical discussion of the questions one is asked at the end of one’s days in the heavenly court. The scholars discuss the ultimate questions asked as a way of explaining what is most important in life and to determine how one can measure the success of one’s life.

1. Were you honest in your business dealings?

The first question we are asked is whether or not we were honest in business. Judaism places an emphasis on one’s character and teaches that the most important thing one can do in his life is be honest, especially when the temptation is to do the opposite. It is not achieving wealth as Webster’s dictionary defines success, but how that wealth was obtained that defines success. If it was obtained dishonestly, it is meaningless. “Better is a poor man who walks in his integrity than a rich man who is crooked in his ways” (Proverbs 28:6). Judaism measures success by asking did we keep our promises, have personal integrity and put honesty above profit? When tempted with profitable but ethically questionable deals, I always think about this first question and pass on the deal.

2. Did you set aside regular time to study?

Without regular study, we lose focus and often go down the wrong path. With regular study, we can continue to improve, utilize the brain and talents our Creator has given us to the fullest. We need to constantly evaluate where we are in life and strive to improve. Without setting a regular time, we probably won’t do it – hence the question is whether we set up “regular” time to study. This means we made it a priority. Did you strive to improve or are you just status quo? Did you implement the things you learned?

After studying this piece of Talmud, I started devoting one hour every week to study. I closed my door and studied for a hour with either a rabbi or study group. I since expanded this to almost daily study with my kids. I’m amazed how much more fulfilled I am after an hour of study. But we need to make it a priority and do it regularly, regardless of how busy we are.

3. Did you build a family and support the education of the next generation?

Success is not just what we have done personally, but what we have done to pass on Jewish values and wisdom to the next generation. Did you have children and raise them to continue the mission of improving the world around us? Whether you had your own children or not, did you make sure your community has the resources to provide a Jewish education for the children in your community?

I decided it was time to get serious about finding a mate and raising a family. I changed my whole approach towards dating and stopped wasting time dating anyone that didn’t share my values. I looked for a spouse that wanted a large family, a Jewish home, understood the importance of a Jewish education and wanted to be involved in the community. I looked for a spouse that had the qualities I wanted to pass on to my children: honesty, integrity, warmth, empathy, humility, humor, a concern for others and more. I was very fortunate to find a spouse that has these qualities. We’re both heavily involved in Jewish education, the Jewish community and philanthropy, and have been having fun together since our first date over 21 years ago.

4. Did you do your part to improve the world around you to lead to the ultimate redemption – Tikun Olam?

When you look back at your life, what did you contribute to make the world around you better? Success is not just achieving wealth but how we used that wealth. Did we use it only for ourselves or did we use it to help others and improve our community? I try to take this this seriously. I realized my pursuit and accumulation of wealth was not in and of itself success. Something was missing. When we have wealth, we become a steward of that wealth. It is just as difficult to find the right places to give our wealth as it is to earn the wealth. But success only comes from the complete package. Earning it without spending it right is not success. Earning it and working hard to find the best use of that wealth is how we become successful.

I decided to make sure I did something every day to improve our world. I set up a foundation and regularly donated a portion of my income. I became involved in the community. I found the organizations I believed were making the biggest impact on improving our local Jewish community, the State of Israel, keeping the U.S. behind Israel, educating our children, helping children with special needs and providing for the needy. I actively volunteered my time to help make organizations more efficient with the business skills I had. I encouraged and recruited others to give and become active.

These questions have become my guiding light. Why not ask yourself these questions now and make sure you have the right answers when you get to heavenly court?

Bob Diener is founder of Hotels.com and Getaroom.com. He practiced law with Gibson Dunn & Crutcher, managed a hedge fund, and regularly lectures at the University of Florida and Cornell Law School. He is also the former editor of the Cornell Law Review and is on KGO radio every Sunday morning.

The Jewish Ethicist: Settling Up

The Jewish Ethicist - Pros and Cons