You Have No Rights, Only Responsibilities 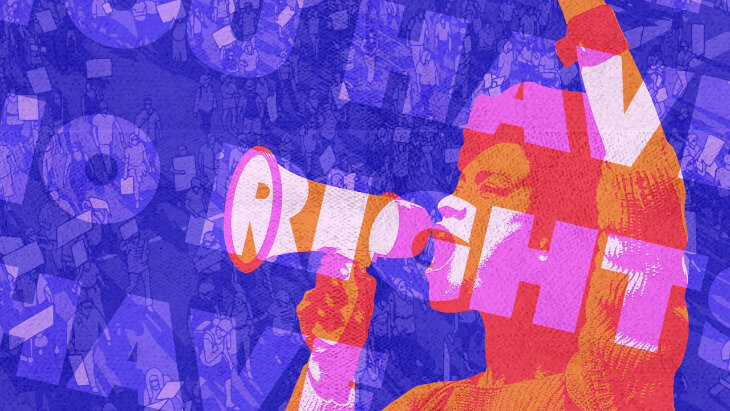 I don't have rights? What does that even mean?

We recently posted the slogan, “You have no rights,” to our social media feeds. It’s a strong, if somewhat provocative statement, and, as expected, ruffled a few feathers. Our point is that when you look through the corpus of Jewish wisdom, you’ll find that the emphasis is never what anyone – be it God, society, the government, your peers, your loved ones, or whomever – owes you, but rather, your responsibilities to them.

The obvious question, as one of our readers noted, is that “Judaism gives rights to widows, orphans, the mourner, the wife. I find this a simplistic statement.”

It’s an excellent observation, even if inaccurate. If you take a careful look at the Torah, widows and orphans, for example, aren’t entitled to anything. You have an obligation to take care of them. The onus is on you. Widows and orphans are your responsibility. But they’re not society’s burden and no one owes them; you have a responsibility to them.

But that wasn’t the only complaint.

This sounds like one of those sayings that people with power and privilege use to avoid their responsibility to treat others like humans by blaming them for even acknowledging the oppression they’re facing and trying to change it. You can’t “pull yourself up by your bootstraps” if you’re systemically prevented from owning boots.

The claim here is that our statement is cynical and manipulative. We’re assisting the powerful in placating the masses. Don’t demand rights. Be obedient, docile, and complacent. Behave. Don’t deny the privileged their privilege.

There’s a wisdom to that line of thinking. As the civil rights leader, Malcolm X, articulated to his biographer, Alex Haley, in The Autobiography of Malcolm X.

The greatest miracle Christianity has achieved in America is that the black man in white Christian hands has not grown violent … It is a miracle that a nation of black people has so fervently continued to believe in a turn-the-other-cheek and heaven-for-you-after-you-die philosophy! It is a miracle that the American black people have remained a peaceful people, while catching all the centuries of hell that they have caught, here in white man’s heaven! The miracle is that the white man’s puppet Negro ‘leaders’, his preachers and the educated Negroes laden with degrees, and others who have been allowed to wax fat off their black poor brothers, have been able to hold the black masses quiet until now.

The idea here is that you promise pie in the sky in the afterlife, and preach ideas like “turn the other cheek,” or as in our case, tell people that they don’t have rights, so they’ll continue to obey.

That’s a powerful point, although it’s also not what we’re saying. We’re not talking about controlling people or encouraging complacency. We’re saying your happiness is your responsibility. The success of your relationships is up to you. Whether or not you’re successful, or fulfill your potential, or achieve your life’s mission is in your hands, regardless of your station in life.

Ultimately, your success as a person – which isn’t about attaining riches or power – is a spiritual pursuit. And that’s something only you have the power to achieve. No one can fulfill your potential for you.

No one has power over you. You have no rights. You don’t want rights. You want responsibility, and you want to be responsible for yourself.

You can ask – as a few people did – what about basic societal rights that Westerners take for granted, like freedom of speech and assembly?

Those are, indeed, fantastic, and most of us wouldn’t want to live in a place that prohibits them. But even here, with these types of rights – when you push the argument to the extreme – are a luxury. Do I really need your permission – or society’s permission – to speak my mind?

Who gave you agency over me? I’m responsible for myself. I’ll say what I want.

It takes courage to act that way, and most people struggle to do it (I don’t know if I can do it). But your greatness doesn’t come from demanding your right to speak. It’s speaking up, regardless of what happens.

But don’t lose the thread; our point is that your best chance at happiness, fulfillment, and meaning is being responsible for yourself. No matter how scary that is. Don’t demand that others make changes. Change yourself. Be the change you want to see. Live those ideals.

What else? Yes, some comments were more predictable.

PODCAST: Rebbetzin Heller on Breaking Free from What’s Holding You Back

10 Qualities of an Emotionally Mature Person