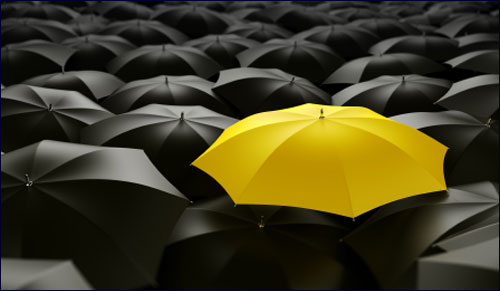 We all yearn to belong. And it takes so very little to make someone feel that they don’t.

It happened on a train into Manhattan. I was sitting with my children in a cluster of seats facing each other. The girls were making bracelets out of rubber bands, and the boys were on my lap, looking at pictures on my phone. An older woman sitting across from us periodically glanced over and smiled. As we were about to go into the tunnel to Grand Central, she seemed to be staring at my youngest daughter.

"I can tell that one's not yours," she said loudly enough for all my daughters to look up from their bracelets.

A moment of indignant anger flashed through me. All of my children happened to have my blonde hair except for my one, beautiful daughter who has my husband's black hair and chocolate brown eyes.

"They're all mine. She has my husband's hair," I managed with a smile.

I could tell that she didn't believe me. But why did it matter? I glanced sideways at the girls who had gone back to their bracelets and were whispering to each other. I hoped my daughter didn't feel insulted. I could remember the awful sinking feeling I had at one of the first family gatherings after my marriage. A distant relative wandered over and casually remarked, "I can tell that you're one of the ones that married into the family. You stick out from a mile away. Welcome." I half smiled and scanned the room desperately for my husband. How could he say that to me? Didn't he know how badly I wanted to belong to my newly acquired family? Why did he need to make me feel like I didn't belong?

We’re all created with a searing sense of loneliness, yearning to belong.

As we got off the train, I gathered my children and zigzagged through the mob of people. I kept thinking of the expression: all alone in a crowded room. And I thought how we are all created with this searing sense of loneliness that comes with knowing that we are separate, unique individuals. But we are meant to recognize that on the deepest of levels, we are essentially interconnected with each other. But like the thousands of genes that connect me to my daughter who looks nothing like me, we often can't see the invisible strings that join everything and everyone in creation. At the core of loneliness, there is a hidden sense of belonging, waiting to rise to the surface. But we need each other to bring it out. Sometimes we even need a stranger to look at us and say: You belong.

This is perhaps why there was such a stir created when MSNBC host Melissa Harris-Perry laughed at Romney's adopted, black grandson sitting among the rest of his blonde haired brood. Harris quickly apologized for her mocking comment of "one of these things is not like the other" when she showed the Romney family portrait. Romney appeared on Fox News and officially accepted the apology, saying: "I recognize that people make mistakes and the folks at MSNBC made a big mistake. They've apologized for it. That's all you can ask for. I am going to move on from that. I am sure they want to move on from it."

I thought about this tiny baby who had briefly become the center of a heated controversy. And I thought about how this may be the first in many future struggles for him to feel that sense of "belonging" that all children innately crave. But it also made me realize how exquisitely sensitive the human soul is. All it takes is a mocking gesture or a thoughtless joke or a sideways glance to break that sense of connectivity that joins us all. We can apologize and say there was no hurt intended, but there is damage left behind. A sense of belonging is a painstaking process that most of us must spend a lifetime building and nurturing. And it’s so easy to shatter.

The smallest words and gestures can make a person feel lonely in a crowded room. But a warm smile and a genuine greeting can also help a stranger feel like he is at home. Each word, each smile, each gesture can be a move towards change and kindness, or towards stagnancy and separation. And every choice we make as individuals resonates with humanity as a whole. From one heart to another, each day we can reach out in a myriad of ways and say: I can see that you belong.

Our Waze or His Ways

Path of the Soul #9: The Calm Soul

How to Stop Being a Victim and Attain Happiness