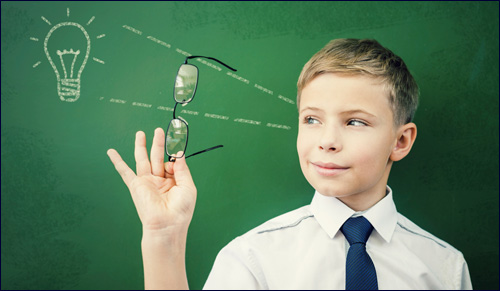 It’s not our gifts that make us who we are; it’s how we use them that truly matters.

I can’t recall a single instance in all of my school years where I actually studied. My second grade teacher used to call me “Minimum Menachem” because I coasted through school without putting in any effort at all.

My teachers got especially frustrated when I would scan a test and if I didn’t know the answer to every single question I would hand it back blank.

At the time, I couldn’t tell you why I was doing it, but as an adult I now understand what I was doing. I went through life with my teachers telling me that I was smart. This well-meaning praise was actually creating and reinforcing a fixed mindset. Getting a ‘B’ or ‘C’ tarnishes that title - I am not really that bright after all. A blank test on the other hand just means I have an attitude problem. It doesn’t challenge my status as smartest kid in the room.

When I went to study in Yeshiva I entered a strange environment. There were no grades, no class rank and no one to motivate me. I began sinking.

Each day I studied the Talmud. It is made up mostly of incorrect assumptions to teach us how to learn. It forced me to expend effort and have the intellectual honesty to abandon an idea that I have been working on for days or weeks when it no longer seems like the truth.

I was encouraged to try new strategies and approaches, to recognize what went wrong and how to avoid it in the future, to learn from and embrace mistakes instead of covering them up.

While studying in Yeshiva, I learned that the Torah never hides or covers up the mistakes of our great people. It highlights them so that we can learn from their mistakes, just as our heroes learned from their own.

It doesn't paint the picture of the overnight success story, but rather focuses on the challenges that these great men and women overcame to become better versions of themselves. It is not despite the falling but as a result of falling and then learning from each mistake that makes the righteous person a success.

Gradually, I began to understand the importance of effort and broadening my outlook. Through Jewish teachings I began to realize that the process and journey of learning was more important than the destination or result.

Carol Dweck’s groundbreaking Mindset Research reaffirms everything Judaism has been teaching for 3,000 years. She explains that what people believe about their abilities, qualities and characteristics can determine a person’s behavior.

Professor Dweck's research shows that when we praise a person for something they are (you are so smart, pretty, athletic, etc.) instead of something they did, we are creating and reinforcing a mindset that is fixed and unmalleable.

We tend to feel most special when people compliment how we look or tell us how effortless things seem. "Wow, you're such a natural!" The truth is, we have very little to do with how we look or any other God given attribute or ability. If we learned to appreciate ourselves and others for what we have actually accomplished we would begin to see "effortless" as an insult, not a compliment.

Judaism maintains that life is an effort-based system, not a results-based system. As the Mishna says, “According to the effort is the reward.” This runs contrary to the way we interact regularly. If I hire you to paint my house and you don’t paint it, you don’t get paid. I don't care how hard you tried, if you didn’t complete the job so you don't get compensated.

A person’s value is not based on the God-given gifts with which he or she has been endowed. Those are tools on loan, and when the lease is up those tools return to their Owner. Only that which was built with those tools remains.

Yom Kippur is all about embracing a growth mindset. It is a day that reminds us that we can always change. That everyone can grow through effort, experience and practice. It’s not the gifts that make us who we are; it’s how we use those gifts to make ourselves and world better that truly matters.

Rabbi Menachem Lehrfield is the Director of the Jewish Outreach Initiative, a bold initiative that is taking Denver by storm. Rabbi Lehrfield received his M.Ed from Loyola University, Chicago and received two rabbinic ordinations – from Yeshivas Beis Yisroel in Jerusalem, and from Rabbi Zalman Nechemia Goldberg, the former Chief Justice of the Jerusalem High Court. Rabbi Lehrfield’s passion lies not only in spreading the beauty and relevance of Judaism to all Jews, but in photography, graphic design, mountain climbing and snowboarding. His warmth, genuine love for every Jew, and approachability allow him to connect with people of all ages and from all backgrounds.