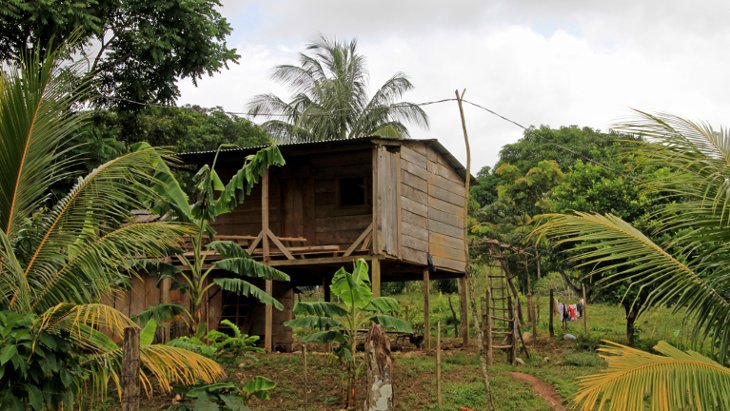 My life-transforming moment in a remote village in Nicaragua.

It took a stranger to teach me how to feel the pain of the Temple’s destruction.

My daughter Jennifer joined the Peace Corps soon after graduating from college.

The Peace Corps application process was an interesting one. Jennifer was asked to list three preferred countries, but ultimately they needed someone who was fluent in Spanish for an opening in Nicaragua, so that’s where they wanted to send her. Having grown up in the Southwest and having minored in Spanish in college, Jennifer was indeed fluent. But Nicaragua?

Weighed down by a large backpack, and with purse and straw hat in hand, Jennifer flew to Managua, where she was met by a Peace Corps employee who drove her to the administrative office.

First, there was a training period that involved living for two weeks with a host family while she learned the Peace Corps protocols and made preparations for the two-year placement. Jennifer requested an assignment where there hadn’t been any previous Peace Corps workers. She didn’t want to fill someone else’s shoes; she wanted to blaze her own trail. That’s how she was posted to Las Palomas.

Jennifer had been living in Las Palomas for about four months when I knew it was time for a visit.

The flight from Miami to Managua was short and uneventful. In Managua, I transferred to a small prop plane; at least it was a twin prop. There were two other passengers besides me. 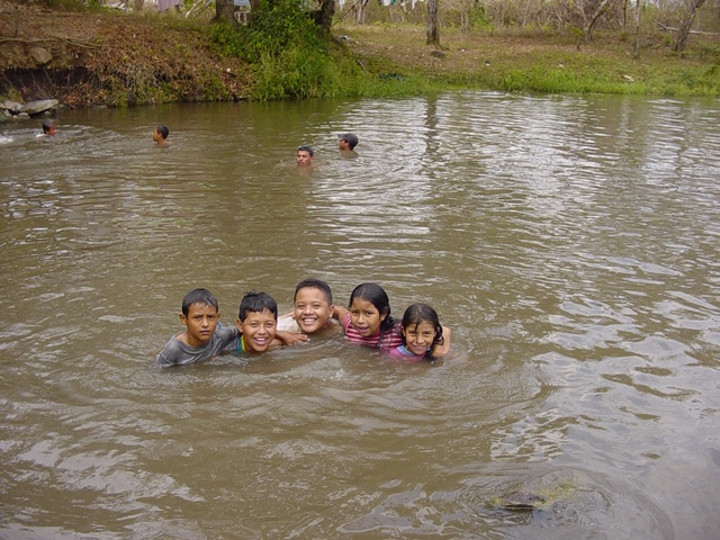 Kids playing in the river

The captain landed smoothly on a grass airstrip. Jennifer was supposed to meet me there, but I saw no signs of any waiting greeters. I walked over to the picnic table under the veranda – the closest thing to an edifice at the “airport” – and plopped myself down.

While I waited for Jennifer, I wondered what I’d do if she didn’t show up. We didn’t have an alternate plan. To my relief and immense gratitude, Jennifer soon came over to me, huffing and puffing, and almost knocked me over with her hug.

We walked down the path she had taken to get here. The trek to the bus stop was only the beginning of an arduous journey. Once we boarded the bus, we stood, waiting for two seats to open up. Passenger after passenger boarded and departed, live chickens under one arm and bags of food under the other.

After a torturous ordeal of several hours during which the bus snaked down rutted mountain roads, we finally arrived at our stop. How she knew that the wooden chair at the dirt-road juncture was our stop, I still haven’t figured out.

We hiked a mile up the muddy path until we got to a corner market. “Welcome to Las Palomas,” Jennifer announced with pride.

It’s a good thing she told me we had arrived, because all I saw was a rickety one-room wooden shack with a hand-painted sign that said “Mercado.” We continued walking uphill until we stood looking up at her house, Jennifer beaming a smile of welcome.

The house was little more than a wooden box on stilts. It had two rooms, a living room and a bedroom. The mezuzah on the front door was surely the only one for hundreds of miles.

The kitchen – a fire pit and worktable with a thatched roof overhead – was outside. The bathroom was an outhouse situated down the hill.

Jennifer offered coffee. No espresso machine here. She took her machete and whacked a mesquite log until she had a bundle of kindling wood, put a metal pot on top of the chicken-wire grate, and boiled water for coffee. We took our two cups inside and were sitting at the table in her living room when we heard someone at the door.

Jennifer hopped up to greet the visitor. “Hola, Padre. Pase.”

The preacher nor anyone else in the village of 670 residents had ever met a Jew.

My Spanish is a bit rusty, but I knew she was welcoming the preacher, not only because she referred to him as “padre” but because he was wearing the telltale clerical collar.

Jennifer quickly explained to me that the preacher was fascinated by her Jewishness. Neither he nor anyone else in the village of 670 residents had ever met a Jew. 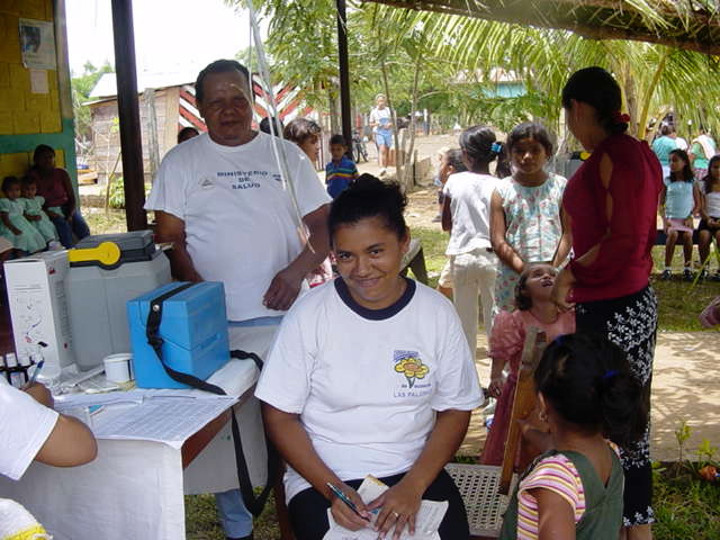 To Jennifer’s bewilderment, the preacher first politely argued with her, and then grew increasingly agitated. He insisted that he read the Bible every day and knew all about the Temple and the Jews’ special duties as the Chosen People.

Jennifer calmed him down by telling him that her mother would be coming to Las Palomas in a few weeks. “She is very religious,” she informed him. “She will be able to explain.”

The man had been counting the days until my arrival. Now he was here, eager to speak with me. His Spanish was too rapid for me to fully understand, so Jennifer translated.

“The preacher knows that children aren’t as religious as their parents these days. He thought I was making up stories about the destruction of the Temple only because I had never gone to the Temple myself or watched the offering of sacrifices.”

The preacher said that since I was of the older generation, I could give him a firsthand description of the Holy Temple. Did the priests wear their vestments as described in the Torah? And could I please describe in detail all of the aromas?

I was dumbstruck. The priest, having grown up in Las Palomas, a village without electricity, had no exposure to the media. But certainly the news of the Temple’s destruction had traveled to Las Palomas in the last 2,000 years.

The preacher sat across from me, looking intently into my face to determine if I, too, was telling the truth as I explained that the Babylonians had destroyed our Holy Temple, that it had been rebuilt 70 years later and destroyed again by the Romans about 400 years after that.

To my utter astonishment, the preacher started sobbing. I watched, nonplussed, as he laid his head on his arms and cried from his very soul. Suddenly he jumped up and begged me agitatedly in Spanish to please tell him it wasn’t so, that the Temple still existed in Jerusalem.

Then, spent, he sat back down, his head on the table, and asked if we would give him a few minutes alone. Jennifer and I stepped outside, but through the paneless windows we heard his painful sobbing, then his pleading...to whom I wasn’t sure.

Eventually the preacher came outside with his head lowered, wiping his tears on his sleeve. He couldn’t even say “adios” as he walked heavily down the path, his life forever altered.

That was a life-changing moment for me. If only I could cry for the destruction of our Holy Temple as the padre had. Every Tisha B’Av, I distinctly recall his tear-streaked face and reddened eyes, and even more his expression of genuine pain at hearing the tragic news that we no longer had our Holy Temple. I too now cry on Tisha B’Av.

How unfortunate that it took a preacher from Nicaragua to provide tangible inspiration, to show me how to mourn for the Temple.

A version of this article originally appeared in Ami Magazine.

Judy Waldman is a freelance writer and motivational speaker. She has degrees from the University of Arizona and is an alumna of the Breadloaf Writer Conference. Judy’s areas of specialty are Emunah, Special Needs, and Intermarriage as well as Jewish topics in general. Judy’s articles have been published in The Jewish Press, Building Blocks, AMI Magazine, Aish, and she has a monthly series in The Jewish Press entitled “A Shul With A Story.” Judy has been a licensed yacht broker for more than twenty years and has received prestigious awards for her articles on yacht reviews. To contact Judy regarding motivational speaking or writing assignments, she may be reached at (954) 895-8844 or via email at jwfreelancewriter1@gmail.com