The Power of Women’s Leadership 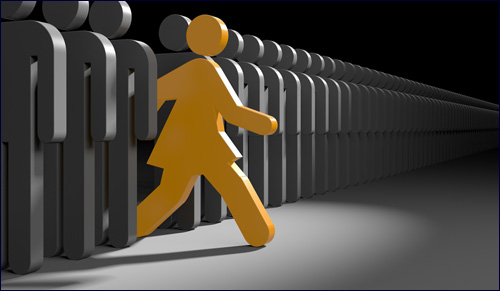 Understanding the deeper connection between Miriam, Tu B'Shvat and celebrating the New Moon.

Miriam is the star female leader in the portions of the Torah read these last few weeks. She led the women during the time of slavery in Egypt, as the Talmud says, "Three leaders led Israel in that generation: Moshe, Aharon and Miriam" (Talmud, Taanit, 9a).

Imagine the strength necessary to advise, encourage and lead a society at a time when families are being torn apart, harsh decrees are being enacted against them, husbands are taken to labor camps, baby sons are being thrown in to the Nile. Not only was Miriam up to the task, it seems she was so successful at lifting their spirits that when they finally left Egypt and crossed the Red Sea, "Miriam… took the tambourine in her hand and all the other women followed her with timbrels and dancing" (Exodus, 15:20).

Where did she and all the women get tambourines in the desert? Could it be that with all the mayhem and madness going on as they herded their families out of Egypt days earlier, with no time to spare for the dough to rise, they thought to pack along some tambourines just in case there were to be some miracles for which they would want to dance and sing and praise God?

When Miriam was only six years old, she exhibited this incredible trait of optimism and faith, seeing beyond the darkness at hand to a brighter future. The Talmud teaches:

When Amram (Miriam and Aharon's father, who was the greatest Sage of his generation) saw that Pharaoh said to throw all the sons in to the Nile, he said: We are toiling in vain! And he separated from his wife. All the other men followed his example. Miriam his daughter said to him: "Father, your decree is worse that Pharaoh’s! He only decreed against males – you decreed against both males and females. He decreed only in this world, you have decreed in this world and in the next world! Pharaoh is wicked, maybe his decree will not come to fruition; you are righteous, what you decree will surely come about!"

What courage and confidence were needed for a little girl to approach her father at  a time of such despair and darkness, when he was only acting in the logical manner called for under such dire circumstances! Miriam could see the bigger picture, beyond the facts, beyond the here and now. Despite the darkness, she saw that there would be a world of eternity, that there is a God who would surely save the Jewish People. “Have faith, Dad! There is a light at the end of the tunnel!”

With that special insight, she found the words to say to her father to convince him of her perspective. Had she chosen the meek alternative, afraid to confront authority, hoping that all would work out in due course, what would have been the fate of the continuity of the Jewish people?

"The reason why the Jews count according to the lunar calendar is because the moon is at times completely dark and you don't see in it any light at all, and yet even at its darkest, we always know that it will soon be light again. And that is specifically when we celebrate Rosh Chodesh." (Slonimer Rebbe, Netivot Shalom, Parshat Bo)

Interestingly enough, women have a special connection to Rosh Chodesh. They have a custom to avoid certain types of work and celebrate a mini-holiday every Rosh Chodesh, more than men do, as a reward for having refused to contribute their jewelry for the infamous Golden Calf project. (Midrash Pirkei d'Rabbi Eliezer, 45).

When the men lost hope, as Moshe delayed in coming down from the Mt. Sinai after 40 days, they immediately scrambled to create an alternative intermediary between God and themselves. The women, however, were able to stay focused on the bigger picture and see beyond the despair of the moment.

And here we arrive at Tu B'Shvat, the holiday for the trees. We celebrate the fruit and trees on the 15th of Shvat, at a time when there are no fruit or flowers to be seen. Frost (and often snow) is covering the trees, the days are short, nights are long, darkness and despair reign. And yet, with insight, seeing beyond the surface, we know that deep within the tree the sap is rising, preparing the tree for the blooming and blossoming that will occur in the springtime.

It is through realizing that there is going to be growth in the future, that potential will eventually come to fruition, that we celebrate the holiday for the trees.

This is the trait of "binah" – the insight that Jewish women are known to have.

We can see beyond the facts and surface reality; we can see potential and hope for a brighter future. Taking a leadership role means acting upon this vision, affecting change in our communities and in our society, by influencing the people around us to have that same hope and optimism, and help to bring to fruition the dormant potential within each and every one of us.

Sukkot and the Single Woman

The Relevance of Tu B’Shvat: Towards a More Fruity Existence

L'chaim to the Trees
Faith: the Axis Upon Which the Wheel of Science Turns
Love - Not Just About Chemicals Anymore!
Is There a Moral Code in a Virtual World?
Comments
MOST POPULAR IN Tu bShvat
Our privacy policy