The Life, Death and Burial of Zachary Baumel 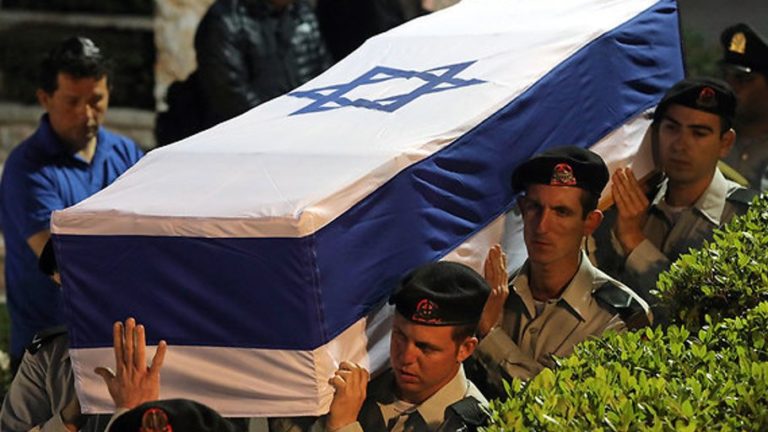 On a warm Jerusalem evening, embraced by the support of thousands of Israelis, the family of Brooklyn-born Zachary Baumel, an IDF soldier missing in action for 37 years, ended decades of painful questions and finally laid him to rest. The funeral at the Mount Herzl military cemetary was the conclusion of a dramatic classified intelligence operation aided by Russian forces in Syria which saw Zachary Baumel’s remains finally discovered and brought to Israel earlier in the week for a formal identification.

Mourning was led by his elderly mother Miriam, almost 90, along with his brother Shimon and sister Osna, and a dozen nieces and nephews who never knew him, but grew up hoping one day he might return home. 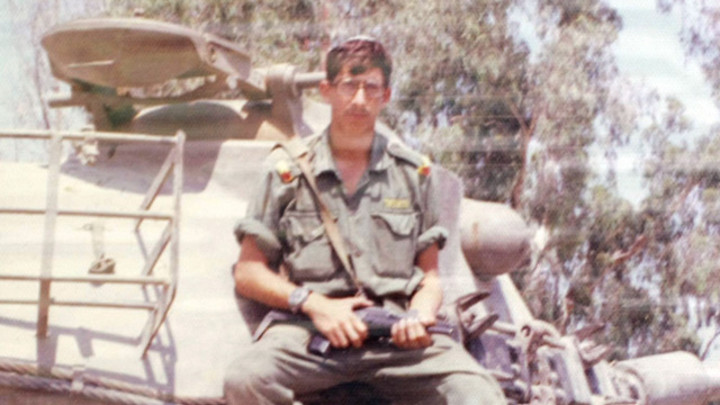 Zachary’s late father Yona had spent the last 27 years of life searching for threads of information about the fate of his youngest son. He died almost 10 years ago to the day, aged 81, having yearned for news of his son far longer than the 21 short years he knew him.

At his funeral his sister Osna described a young man, “so modest, so humble, so selfless,” adding, that her brother would have been surprised by the number of people who had come to his funeral. “You would have said, ‘what is everyone doing here today, what is happening?’ You would not have understood. I would have told him, ‘yes, they have come to honor you, because you gave everything you had.’”

Born in Brooklyn, Zachary Baumel was 10 years old in 1970 when his family made aliyah to Israel, moving to the Haifa suburb of Kiryat Motzkin. Zachary, a keen and talented basketball player, joined an Israeli school, adjusting well, winning many new friends with his on court skills and warm smile.

After graduating, he enlisted to the IDF in a special track combining his military service with his love of Torah studies, serving as a tank commander while continuing studies at the prestigious Har Etzion Yeshiva. A hard worker with a bright future, he had been accepted a place to study Psychology at the Hebrew University the following year while a summer job awaited him as a counselor on a program for youth from abroad visiting Israel. 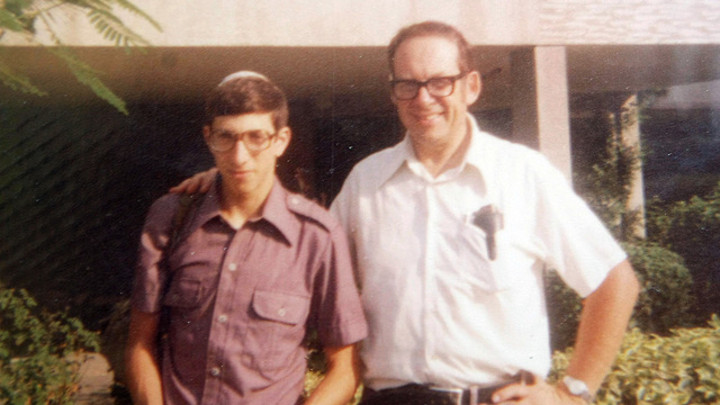 Zachary with his father, Yona

It was 1982, as he was nearing the end of his mandatory conscription when Israel went to war in Lebanon to put an end to years of Arab terrorism using southern Lebanon as a base from which to attack residents of Israel’s north.

He was declared missing along with five other soldiers on the sixth day of the war in a bloody battle of Sultan Yacoub, in which 20 IDF soldiers were killed and over 30 were wounded. Two of the missing servicemen were returned to Israel alive in 1985 and the remains of a third was returned a year later. Since then, the fate of Zachary along with two comrades Sgts Zvi Feldman and Yehuda Katz were not known. 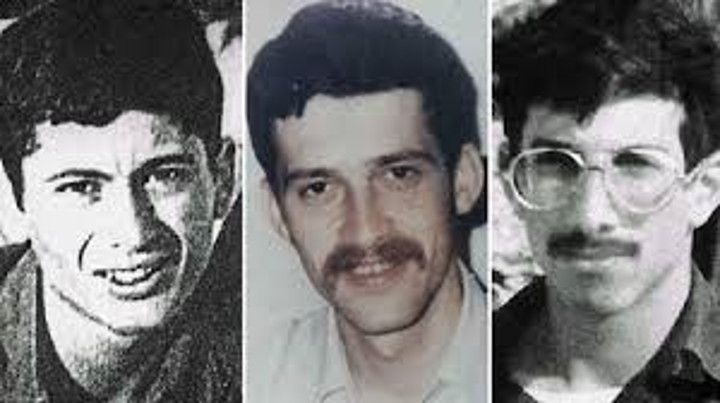 Reports surfaced from time to time that the soldiers were alive, including a report from Time Magazine where a reporter testified having seen Israeli soldiers being paraded through the streets of Damascus, but nothing was confirmed leaving the family in a terrible state of doubt.

Along with Israel’s other missing soldiers, Zachary Baumel has been a symbol of hope and anguish. He was prayed for at synagogues worldwide, his name painted on placards at demonstrations, taught about at summer camps and remembered as a missing guest at Passover Seder. 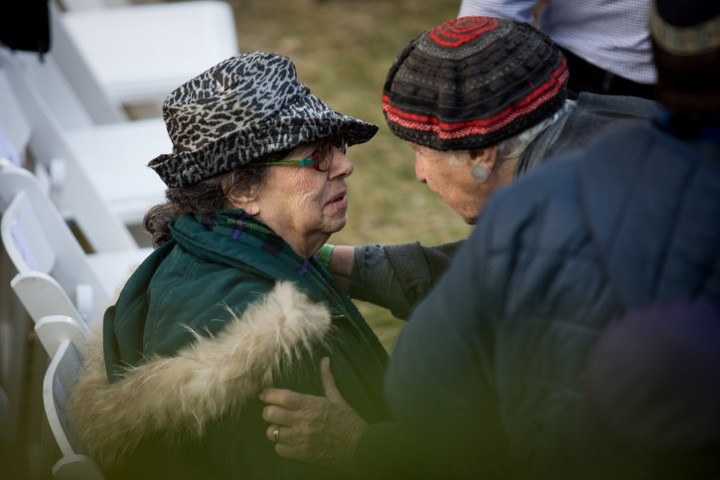 “I refuse to give up,” his mother said, more than ten years ago, “It's the not-knowing that is the worst," she said. “You don't know what he might be going through and this is the thing you have nightmares about." Five years ago, with more than 30 years passed since seeing her son, she told a newspaper, "The wound hasn't healed but the pain's not as sharp. Today, it's an ache."

Operation Bittersweet Song began in top secret two years ago after the families of the missing soldiers urged the IDF to seize the opportunity of Russia’s presence in war-torn Syria and warming Russian-Israeli relations to find any additional information about their sons’ whereabouts. The request was made and the Russian’s agreed to assist, leading to one of the most impressive operations of its kind.

Russian soldiers were directed to an area of a cemetery in the Yarmouk Refugee Camp in Syria where Israeli intelligence strongly believed Baumel had been buried. At times under fire, Russian forces excavated Baumel’s body and arranged its transfer to Israel. 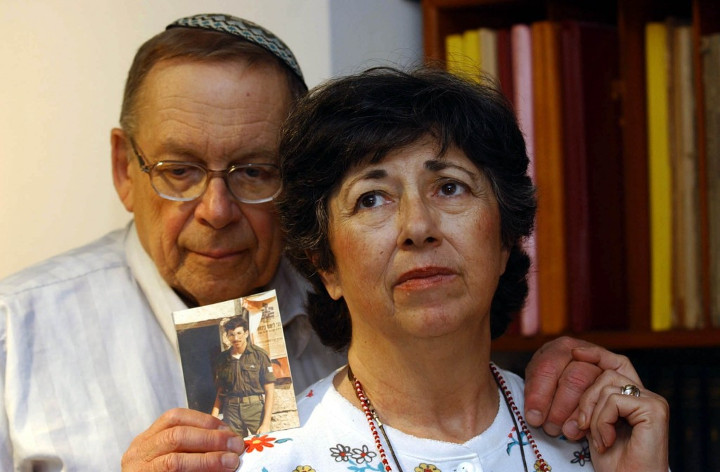 The Baumels never gave up looking for their son

Prime Minister Benjamin Netanyahu, who flew to Russia to personally thank Vladimir Putin for Russia’s help in bringing Zachary Baumel home, described the culmination of the classified two year operation “one of the most moving moments” in all his years as prime minister,” telling the Russian president about Zachary’s father Yona Baumel who had traveled the world in order to locate any piece of new information. “I remember well his pain when he spoke about his son, about his yearning, about his longing. Many times Yona told me with tears in his eyes that he had one prayer: to find Zachary before he himself passed away.” Netanyahu added, “To our sorrow, Yona passed away about a decade ago and is not with us today at this wrenching moment.”

'We identified Baumel by the Hebrew on his IDF overalls'

After being brought to Israel, forensics experts said they were overcome with emotion at when making a formal identification. “I’ll never forget the moment we saw the remains,” said Colonel A at the Abu Kabir Institute in Tel Aviv. “We could immediately determine that the overalls belonged to the IDF’s Armored Corps. We looked at the writing on the back in Hebrew, which was amazingly preserved.”

Along with remains of his army overalls, the tzitzit (Jewish ritual garment) Baumel was wearing when he was killed also arrived in Israel. Colonal A added, “It was an emotional moment, we couldn’t help but cry, we knew that after 37 years, we finally had the remains.”

As the sun set over the Jerusalem’s Mount Herzl military cemetery this past Thursday evening, Zachary Baumel came home. Draped in an Israeli flag and accompanied by an honor guard he was given full honors, laid to rest along with comrades who also fell in the battle of Sultan Yacoub. 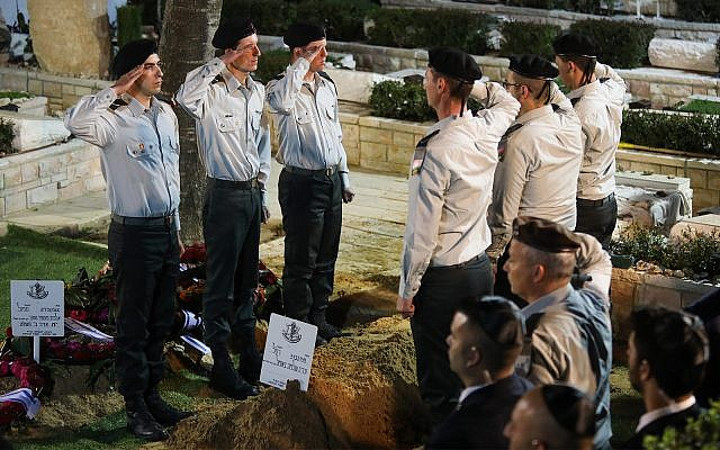 President Reuven Rivlin quoted the last postcard Zachary had written before his death, “A few days before the battle where you fell, you wrote to your parents, ‘Don’t worry, everything’s alright, but it looks like I won’t be home soon.'” He added, “Thirty-seven years have elapsed, but today you returned home. You returned to our homeland, to Jerusalem.”

“We did not give up and we will not give up on this sacred task until all those who fell defending our people and country are brought home. We will not cease until all our boys are back home, including your comrades in arms Sergeant First Class Yehuda Katz and Sergeant First Class Tzvi Feldman, and all those who fell in battle and whose resting place is unknown,” Rivlin said.

Prime Minister Benjamin Netanyahu added, the effort and dedication to returning the country’s missing soldiers “touches the deepest part of Israeli and Jewish identity. In the name of these values, and out of love for Israel, Zachary went to war.”

“I remember Zachary as everyone who knew him remembers him,” said Rabbi Yaakov Meidan who taught Zachary in the Har Etzion Yeshiva, “with his constant and warm smile.” He added, "For 37 years his smile has not left my mind. He had a great level of humility, a great degree of contentment and patience for people. He was friendly person, a diligent student and a true friend who always helped anyone who had difficulty in class.”

Recalling the atmosphere in the country amid the torrid wave of terror attacks in the north of Israel leading up to the 1982 war, Rabbi Meidan said, "The need to risk their lives for our brothers in the north gave us all the feeling that we were one. Zachary, together with all the young men, left the Beit Midrash (study hall).” He added tearfully, “Now after 37 years, my heart is just overflowing. Zachary came back to us,” quoting a verse from the prophet Jeremiah, “'And the sons return to their borders."

‘The son that gave everything’ 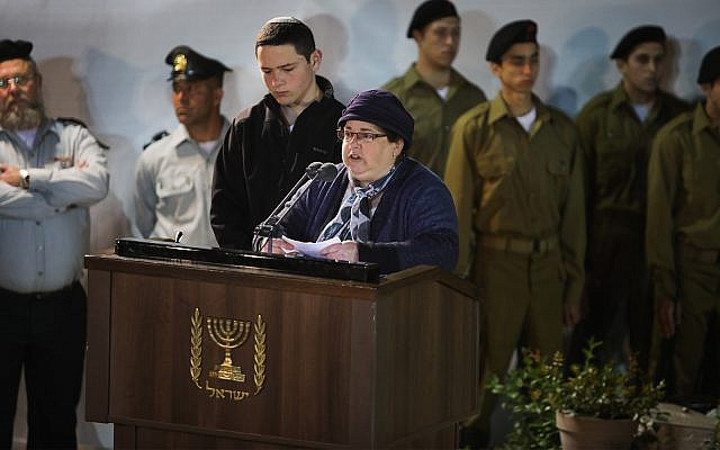 Osna Haberman speaking at the funeral

Osna Haberman, Baumel’s sister spoke on behalf of the family addressing her younger brother amid thousands attending the funeral. “All of our prayers during these 37 years went to one place and we’re here. Now what can I say that we have reached this place? I can’t even embrace you, so I thought to turn to the ground and ask the land to embrace you. After a few minutes I understood that I don’t even need to ask that.” Looking at his grave in Jerusalem she concluded, “The land is already embracing you so strongly. There is absolute love between the son that gave everything for the land and the land itself, and there is a perfect union here. You are together now,” she said.

We wish comfort to the Baumel family and pray for the return of the other missing Israeli servicemen, Zvi Feldman, Yehuda Katz, Ron Arad and Guy Hever.

We also pray the families of Hadar Goldin and Oron Shaul, killed during Operation Protection Edge in 2014 whose bodies are still being held by Hamas in the Gaza Strip can also soon give their sons a Jewish burial in Israel.

A Chicago Bears Fan in Paris

From Lebanon, with Love
Bechukotai 5782: Divine Retribution
Behar 5782: Working to Live or Living to Work?
The Wholeness of Being Broken
Comments
MOST POPULAR IN Israel Diary
Our privacy policy