The Holocaust Survivor and the SS Guard 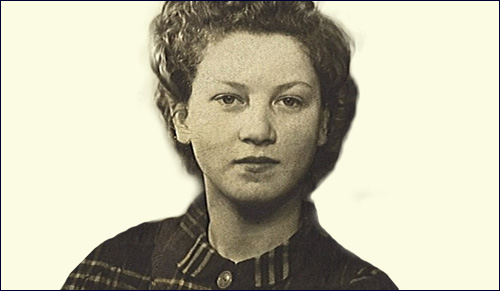 Judy Meisel is one of the last people alive who can help finger a former SS guard who tormented her at the Stuttof concentration camp.

Judy Meisel, an 88-year-old Holocaust survivor, is one of the last people alive who can help finger a former SS guard, still never indicted for his crimes, who tormented her during her internment in the Stuttof concentration camp, near what is now the city of Gdansk. Two German law enforcement agents recently traveled to Minneapolis to interview Mesiel to see if she could categorically identify him through photos taken more than 70 years ago. For four hours, Meisel described the cruelties of the camp guards, the horrors she witnessed and the conditions in which she survived.

Born in a small Lithuanian shtetl called Josvane in 1929, Meisel’s life, already strained by poverty, turned into a nightmare when the Nazis jackbooted into town in 1941 and kicked the family out of their home. Meisel’s father had already died from a heart attack, but she, her mother, brother and sister were taken to the Kovno ghetto, where they languished for three years. Two months before the Soviets liberated the ghetto, Meisel's brother was sent to Dachau. The women were sent to Stuttof. 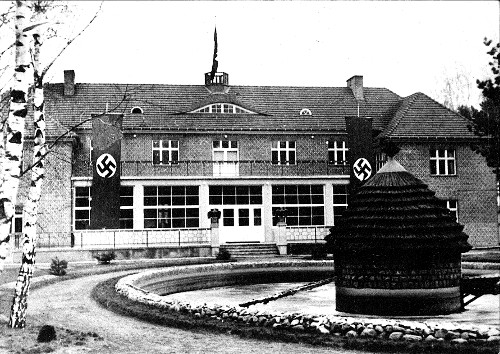 On November 21,1944, Judy and her mother, Mina Becker, were holding hands as they walked toward the gas chambers, awaiting their certain deaths. A drunken guard suddenly shouted at Judy at the entryway, startling her, and her mother shouted, “Run, Judith, run!” 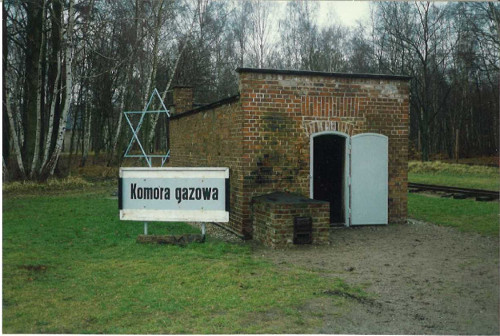 Half-starved, Judith escaped and returned to her sister Rachel in the barracks. The sisters miraculously survived, despite typhus and starvation, managing to escape from a death march, crawling across the frozen Vistula River to evade the Nazis, and finally taking shelter in a Catholic convent. The nuns treated them well but expected them to convert to Catholicism.

“I thought we were the only Jews still alive,” Meisel recalled of her time in the convent, “but I told my sister, ‘We cannot do this. We will not become Catholic and run away with the nuns.’ I wanted to be Jewish more than anything else to show Hitler that he didn't kill all of us." The sisters maintained their pretense of being Catholic while working at a German Wehrmacht station, and they were eventually liberated physically and emotionally in Denmark, where Judith arrived at age 16 weighing only 47 pounds, almost deathly ill from typhus. 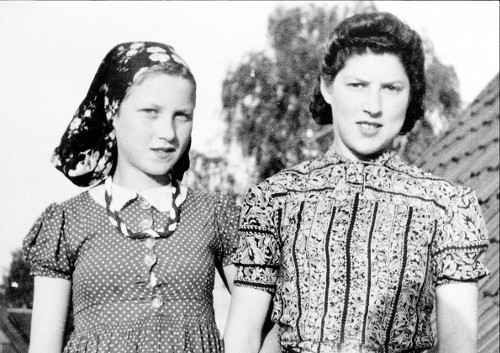 Judy and her sister Rachel in Denmark

During Meisel’s recent interview with the German investigators, she was shown a picture of the guard and asked, “Do you recognize this man?” Her son, Minneapolis attorney Michael R. Cohen, was with his mother during this interview and saw her face turn white.

“Meydele! That is Meydele!” she exclaimed, using the Yiddish word for little girl. “My mother called him that name because of his girlish features. He was the one who watched us get undressed every morning.”

Cohen was shocked when his mother continued to look at the photo and then say to her interviewers, “Look at how young he was. Let me ask you a question: What would you do if you were me?” 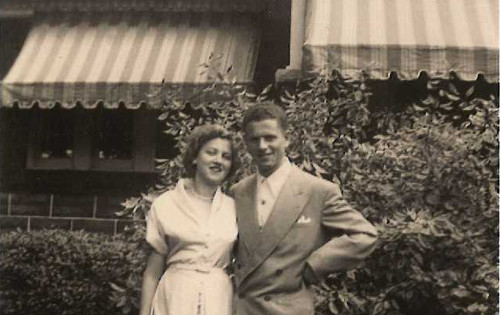 “My mother’s capacity for forgiveness and fairness took over, even in the face of her worst nightmares,” Cohen wrote in an essay that appeared in the Philadelphia Inquirer. If an indictment is issued, German law will allow Meisel to participate as a co-plaintiff against him. As Cohen wrote about this case, “For my mother and our family, this is not a matter of revenge or of seeking the imprisonment of a 91-year-old man. We welcome the opportunity to tell her story and the important lessons it imparts about the need to never remain silent in the face of bigotry, prejudice, hatred, and intolerance.”

As a survivor, Judy Meisel raised her family with a strong Jewish identity and a passion for fighting on behalf of any people facing oppression. In the early 1960’s, when she saw news reports of a black family whose home was violently attacked for having moved into a white neighborhood, Meisel drove to their area with home-baked cookies and rang the doorbell. 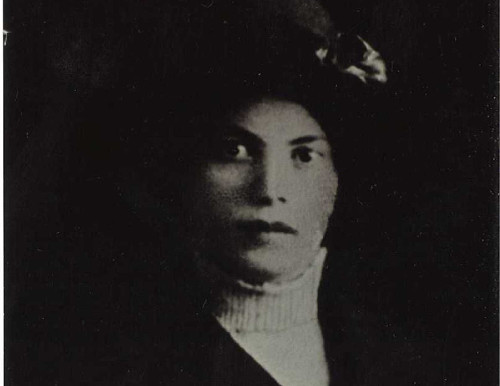 Judy’s mother, Mina, (circa 1938) who was murdered in Stutthof gas chamber

Meisel helped organize the Philadelphia contingent that traveled to the March on Washington to hear Martin Luther King, Jr. deliver his famous “I Have a Dream” speech on Aug. 28, 1963. She also had dinner with him and Raymond Pace Alexander , the first black judge appointed to the Philadelphia Court of Common Pleas. Dr. King explained the laws of kashruth to the host on Judy’s behalf.

While living in Santa Barbara, California for more than 40 years, Meisel regularly invited non-Jews to her home for Shabbat so they could understand what Jews do and how they practice their faith. “We need to learn to live with the goyim. That word means ‘nations’ and is not derogatory,” she said.

After the war, she said that she never questioned why God had done this to her and to others. “I asked instead, ‘What can I do for you?’ He wants we should be a mensch and should appreciate each other. We know after we finish reading the Hagaddah that we were strangers in Egypt. I go with that motto.”

Despite her unimaginably painful memories, Meisel has also spoken hundreds of times to audiences of college and high school students, as well as synagogues and churches about the Holocaust. But she did not focus exclusively or even primarily on the horrors of those days. 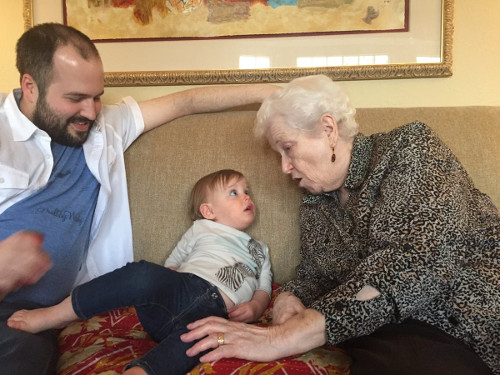 “They need to hear what happened to me, but I also talk about the importance about being Jewish, about the Talmud, how it gives us resiliency. The most important day in my life is Shabbas. It has kept the Jews, and I don't think I would be alive if not for Shabbas. We should be so proud of who we are as Jews. The most important thing is to know who we are.”

Meisel returned to Lithuania as well as Stutthof and Denmark. These visits formed the basis of a riveting documentary titled “Tak for Alt,” “Thanks for Everything,” a reference to what the Danish people did for both Judy and her sister Rachel, nursing them back to health, absorbing them into their own families. During their time in Denmark, the sisters received the joyous news that their brother had also survived and was living in Toronto. At one point in the film, Meisel is seen holding her first grandson, Aaron, weeping with happiness.

“When I held him I thought of all the children who did not survive, and of the 146 members from my extended family who perished. We had all promised one another that if we survived we would tell the story.”

When told, as she often is, that she must have extraordinary resilience, she dismisses it. “I’m a normal person, flesh and blood. We all decide what we are able to do. I’m only one person, but one person can do a lot.”

To read more about Judith Meisel’s story and the status of the investigation, please go to judymeisel.com.

The Brides of Bergen-Belsen

The Counterfeiters
Bechukotai 5782: Divine Retribution
Behar 5782: Working to Live or Living to Work?
The Wholeness of Being Broken
Comments
MOST POPULAR IN People
Our privacy policy