My Greatest Victory as a Holocaust Survivor 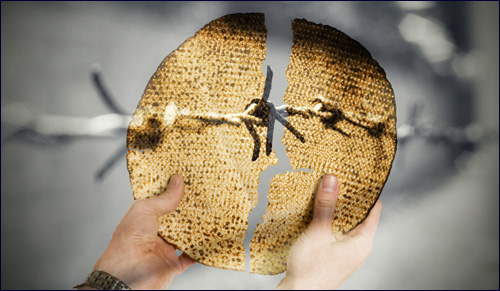 Observing Passover was my act of resistance that connected me to my people.

During the winter of 1941-42, I was only 9½ years old but I was already an orphan who had experienced a death march and the horrible feeling of hunger, cruelty, destruction, disease and death. My life mission was to fulfill my mother's parting message: to live, remember, and tell the world. This gave me the will to continue to struggle.

By the time I turned 10, in February 1942, I was disguised as a Christian child, working in a cafe owned by a Ukrainian woman, Madame Bukovska. This was the place where the SS Einzatzgruppen, schooled professional murderers, chose to dine and boast about how easy it is to murder Jews. "They don't even try to escape." Where could they escape to? The whole of Europe and Transnistria was a concentration camp, a trap. There was no place to run to. The local population lauded and enthusiastically cooperated with the murderers. Your fate was sealed. 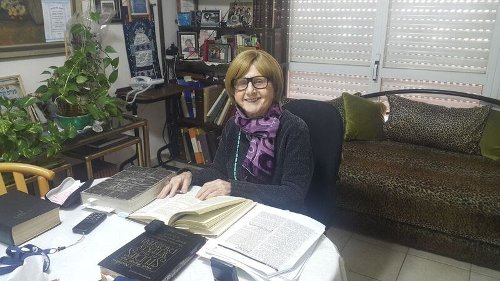 I had to go to church and to know the prayers well. I desperately yearned to be with my people. Yet to do so meant certain death and the betrayal of my mother's command to live, remember, and tell the world what the Nazis and Ukrainians did to us. Death wasn't good enough for us; we needed to suffer and to be dehumanized. Only then, if death hadn't claimed us first, we would be brutally murdered. During the entire ordeal of the death march and the excruciating suffering that was our lot in Transnistria, I was never ever afraid of death. I was afraid of LIFE.

I prayed to God, asking Him to forgive my apparent betrayal.

And so, when I went to church regularly kneeling before the statues, I prayed to God deep in my mind and heart, asking Him to forgive my apparent betrayal. I constantly hoped for the day when I will be worthy to live as a Jew and to tell the world. I was determined to affirm my Jewishness to myself. When spring came I decided: The time for Passover has come. For the next eight days I am not eating bread. Although bread was a staple for us, it was more important for me to remain connected to my people. My not touching chametz for eight days was an act of resistance and hope for a better Jewish tomorrow.

My heart burned with memories of our Seder nights at home. In my mind's eye I saw our Seder table with the hand-made matzahs, the wine, the horseradish, egg, celery, and the shank bone – all in their gleaming silver dishes.

I remembered the hustle and bustle of activity during our Pesach cleaning back at home in Hertza, in the Dorhoi county of Romania. Each child was assigned a specific task in our coordinated effort to get rid of the enemy – chametz! We searched every pocket and every corner. When we found a crumb, we got rid of it as quickly as possible. The house was painted and everything had an aura of newness. Each day we brought more dishes pots and pans down from the attic. At night, the seamstress would come and put the finishing touches on our new clothing which we couldn't wait to wear.

On erev Pesach my mother would assign me the task of grating the horseradish for the maror. I would stand at our wooden table with a hand grater, shedding bitter tears.

"Leah'le," she responded patiently, "do you think it was easy in Egypt? They truly had every reason to cry. Their children's lives were threatened, all baby boys were to be drowned in the Nile, they labored as slaves, the men's and women's work was reversed – it was painfully difficult for them. But God listened to their tears and saved them with great miracles. If we keep the Torah, no matter what happens, even if sometimes it is bitter, we are free. And besides, what would you prefer, to grate the maror now, or to still be a slave in Egypt?"

Through these secret acts, I remained connected to my people,

Although I still wasn't happy to grate the maror, I obediently accepted my mother's explanation. When my whole family was finally seated around the Seder table and my gleaming silver Kiddush cup engraved with my name was in front of me, I felt happy to celebrate the festival of our redemption.

These memories strengthened my determination. Through these secret acts, I remained connected to my people, even though outwardly I looked and acted like a Ukrainian peasant girl. In my heart and soul I was loyal to my family and to my people. I was now experiencing the freedom my mother had taught me – to choose to keep the Torah, despite the bitterness it entailed.

Through unbelievable chains of miracles and Divine Providence, I survived the war. In 1948, I was fostered by Pinchas and Chaia Huberman in Calgary, Alberta as a war orphan, and was able to continue my education. I married, raised a family of three sons, and became a successful Hebrew and Yiddish teacher and productive member of the Montreal Jewish community. I imbued Jewish children with a love for all things Jewish. During this time, I never spoke about my childhood experiences which remained locked up inside me. 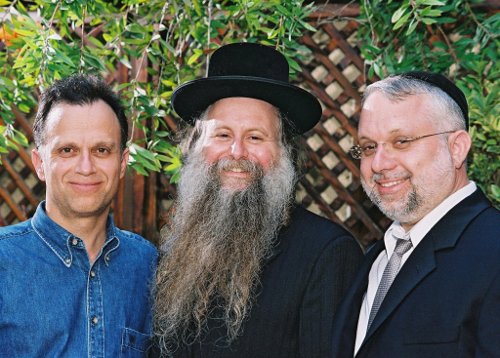 As soon as I set up my own home I started to make large Pesach Seders, inviting people who wouldn't otherwise experience a Seder. As I was teaching about Passover in school, I was inhaling the beauty, security, warmth, and pride of being a link in the chain of my people. My home was always open to people who had nowhere else to go. "All who are hungry can come and eat."

What an awesome victory against all that evil! God has blessed me with children, grandchildren and great-grandchildren who are all proud members of our people.

Eventually the time came to fulfill my mother's constant charge to me during the last weeks of her life: "Leah, you must live! You must remember! You must tell the world!" I began to speak to Jewish adults and children all around the world, fighting for our Jewish identity. I told them, "As a child, I had no choice but to act as a Christian even though I wanted to be Jewish. You have a choice. After all our people have been through, how can you assimilate? How can you intermarry? Choose Jewish life for the sake of the children who perished and whose only crime was being Jewish."

Let's never forget those who perished as Jews. Let's fulfill their legacy and dreams, as we continually strengthen our connection with our Jewish heritage, and pass it on to our children. Am Yisrael Chai!

Mrs. Leah Kaufman lives in Beitar Illit and lectures in English or Hebrew to all types of audiences. She can be contacted at Morahleahisrael@gmail.com.

Sacrifice and Redemption in Auschwitz

When My World Imploded: Facing Ghosts in Bavaria

To Remain a Jew: The Untold Story of Luciano Camerino
Scientific Curiosity and the Divine Encounter
Mind Over Milkshakes
Love the Convert
Comments
MOST POPULAR IN Holocaust Studies
Our privacy policy
Aish.com Is Looking for Great Writers