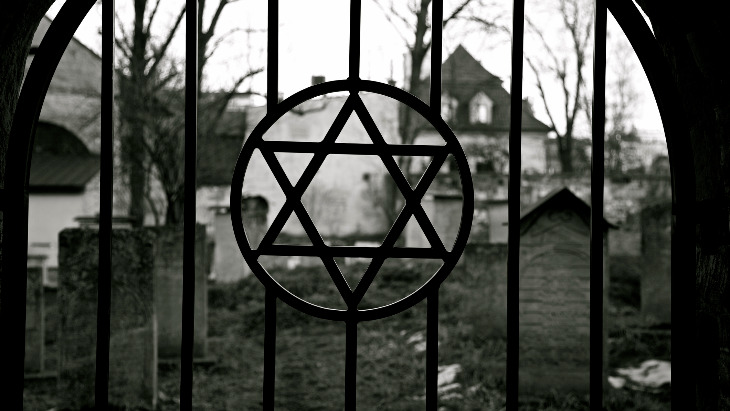 I only knew that they had been killed by terrible people called Nazis during the war.

as a child I always felt afraid to look at them too closely.

They were my father’s parents but, unlike my maternal grandparents, I knew nothing about them. I only knew that I was named Menucha after my unknown grandmother and that she and my grandfather Menachem Mendel had been killed by terrible people called Nazis during the war. 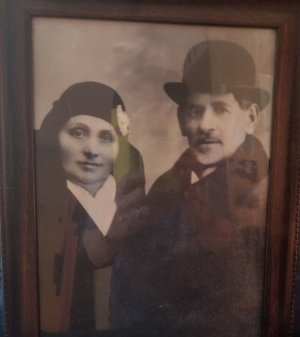 As far as I was aware, the only war was World War II. My father Azriel had miraculously managed to obtain a rare visa from Lithuania three weeks before the war began in August, 1939. He told us about his anxious train journey through Europe, how he had struck up a conversation with a young German soldier on the train who later thanked my father for being such an interesting travel companion.

When the train reached the safety of Holland, the passengers bent down to kiss the ground. My father then sailed by ship all the way to South Africa, far away from the horrific turmoil of Europe. Though spared from their fate of the Holocaust “like a brand plucked from the fire”, he never forgot his beloved parents who remained behind.

When the war finally ended he tried to search for them, but sadly to no avail. He once received a letter stating that a woman named Menucha Levin had survived the war and was living in Israel. His hopeful dream soon turned to bitter disappointment. This woman was not his mother, just ironically shared the same name.

My father, like other survivors, wanted to move on with his life. He married my mother Leah and the following year when I was born he named me after my grandmother.

Although I never knew my maternal grandparents either, my mother told me many detailed stories about them. They were among the many Jewish immigrants who had left Lithuania in the early 1900s and settled in Cape Town, South Africa. My grandfather Moshe had died relatively young after suffering a head injury and my grandmother Frayda did live to see me but passed away soon after my first birthday. Still, they seemed very real to me through my mother’s stories.

But my father found it too painful to talk about his parents so I grew up with no idea what they were like.

My knowledge of the Nazis and an evil man named Hitler was equally lacking. At the age of seven, seeing the cover of a book about David and Goliath, I immediately assumed that Goliath, the fearsome-looking giant, was Hitler. Who else would have been big and strong enough to kill so many innocent people?

As I grew older, I began to learn more accurate, horrifying details about the Holocaust, including how my grandparents had been killed. When the Germans invaded Lithuania in June, 1941, about 220,000 Jews were living there. Executions began on the very first day of the invasion when the Germans started their murderous plan to execute the Jews.

However I found it strangely comforting that at least my grandparents had not been crammed into a packed cattle car for days, deported to Auschwitz and agonizingly suffocated to death in a gas chamber, the fate of too many unfortunate Jews from other countries.

Instead it might have been a pleasant summer day when they had been marched from their home to a forest called Ponar, six miles south of Vilna. I visualize the sun shining in the blue sky, the air scented by the surrounding pine trees. Of course they must have been terrified when they heard the first shots ring out through the forest, realizing their lives were about to end, but I hope at least they died instantly.

The genocide rate of Lithuanian Jews, a horrific 95 to 97%, was one of the highest in Europe, primarily due to the eager co-operation of the local Lithuanians with the German authorities. 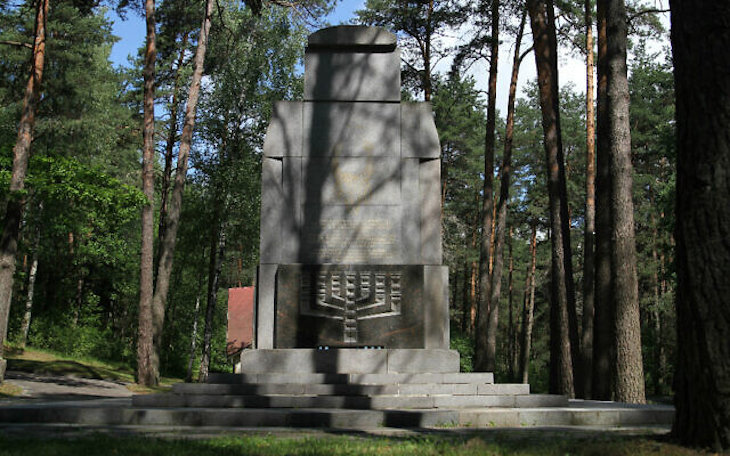 So I grew up deprived, not only of my martyred grandparents, but without any knowledge of them. Their photo revealed more as I grew older. Viewed from a distance it appeared that my grandmother had a hunchback. To my amazement I noticed it was only the turned-up collar of her dark coat which made her appear that way.

She had a white scarf tucked neatly inside and wore a snug black hat, similar to one that I wear now. Standing side by side, my grandparents were a fine-looking couple.

What would my childhood have been like if I’d had the privilege to know them? How excited I would have been to visit my beloved Bobba and Zaida as I’d call them in Lithuanian-accented Yiddish. She would have told me stories about her own childhood, one generation connecting with another. My Zaida would have slipped me candy with a secret smile and called me “shaina maidela” (cute little girl).

Though my grandparents exist only in my imagination, I have now been blessed with wonderful grandchildren of my own. Our time together is special, exchanging hugs and jokes, telling stories about my own childhood, doing arts and crafts, sending them riddles by email.

My favorite psalm 128 contains this beautiful blessing: “May you live to see children born to your children.” Tragically my paternal grandparents did not live to see any of their descendants but I am endlessly grateful for the privilege of seeing mine.

The 75-Year-Old Bottle of Wine from Poland

Birthday for the Bereaved