The German Jew who Started the Paralympic Games 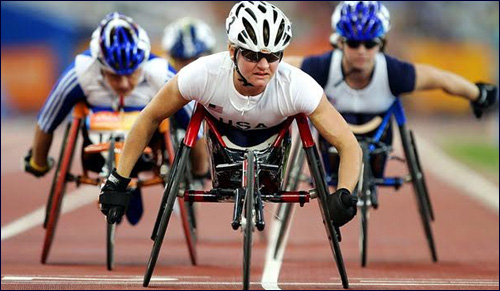 Dr. Ludwig Guttmann’s belief in the value of every human being changed the future of disabled people.

In recent history there are many famous and influential disabled people. People like the late Christopher Reeves and Stephen Hawking have been inspirational figures symbolizing courage, heroism and resilience.

Yet less than a century ago, things were radically different. Disabled people were shunned and excluded, shut away in institutions and assumed to have little value to contribute to the world. Dr. Ludwig Guttmann, a Jewish German neurosurgeon, deeply believed in the Jewish value of the infinite worth of every human being, regardless of their physical limitations. And with this far-reaching and indefatigable commitment to his vision, he altered the future of all disabled people.

Guttmann was born on the cusp of the 19th century in a small town in Germany to an orthodox Jewish family. His passion to help spinal injury patients was ignited when he volunteered at a local hospital for mining injuries as a teenager. 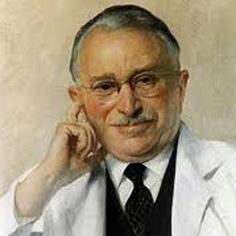 One experience made a profound impact on his life. Guttmann met a strapping young miner who had broken his back in a mining accident and was paralyzed from the waist down, but was otherwise healthy and vibrant.

The then-accepted method of treatment for patients with spinal cord injuries was to encase them in plaster, isolate them and wait for them to die. When asking the doctors about this young miner he was told, “Don't bother, he'll be dead in a few weeks."

In just five weeks this young miner died. This young man’s tragic, unnecessary demise was forever imprinted on Guttmann who said, “Although I saw many more victims suffering the same fate, it was the picture of that young man which remained indelibly fixed in my memory.”

After completing medical school and specializing as a neurosurgeon, Guttmann soon became known as a leading specialist in Germany. His growing reputation led to many offers to work abroad but he turned them all down. Then Kristallnacht in 1938 occurred. After watching the Nazis torch synagogues, vandalize Jewish property and kill dozens of Jews, he fled Germany and arrived in Britain in March 1939 with his wife, two children and no money.

Guttmann settled in Oxford and continued his spinal injury research at the Nuffield Department of Neurosurgery in the Radcliffe Infirmary.

At the time most people who sustained spinal injuries would die within three months. The few who did survive carried on living as useless cripples, unemployable and unwanted, condemned to living and dying institutions for incurable patients. 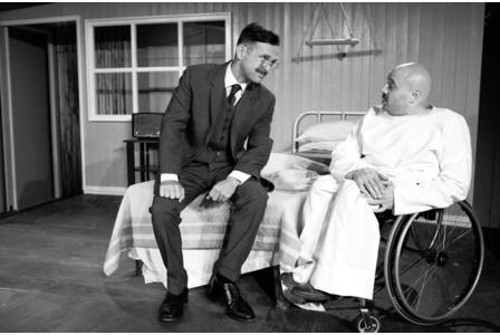 Guttmann saw a meaningful future for these patients beyond their injuries. He believed that injured people were still valuable and worthwhile and had a vibrant, albeit different, future post-injury. Guttmann was convinced that with proper treatment, paraplegics could live full and rewarding lives. His refugee status did not deter him; he advocated the rehabilitation and care of spinal cord patients whenever he could.

When the British government decided to open a spinal unit clinic due to the war injuries, Guttmann was the obvious choice to head it.

As a pioneering individualist, Guttmann agreed on condition that he could treat patients in his own way, with no interference. The Centre opened at Stoke Mandeville Hospital, in Aylesbury with just two patients and a new era started for spinal injury patients.

At the centre, Guttmann treated the patient holistically - medically, physically and psychologically - and within a few years, his revolutionary approach had transformed an 80:20 death rate into 20:80.

But Guttmann had far greater ambitions. His goal was the (then believed impossible) complete integration of these patients into society as respectable and useful members despite their disability.

Guttmann had a profound understanding of the emotional challenges a disabled person faced. He witnessed their extreme loss of self-confidence and self-respect and the ensuing self-pity. All previous definitions of worth were stripped and they saw no future for themselves. 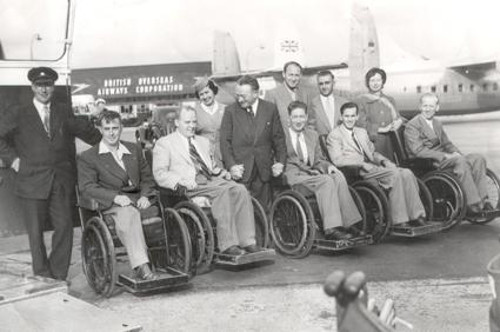 But Guttmann saw past the injuries, the misery and the despondency and looked instead at the potential of every human being to adapt to circumstances and live meaningful, happy lives. In order to empower his patients, he used sports as an integral part of the treatment, showing patients that they were still competent and successful, helping them regain self-confidence and self-discipline.

He introduced an athletic competition in the grounds of the hospital to coincide with the opening day of the 1948 Olympics at London’s Wembley Stadium. 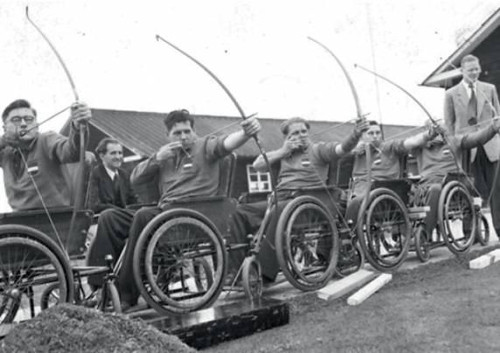 The Games comprised of 16 competitors (including two women) competing in archery on the grass outside the hospital ward. Though tiny in size, the notion of paraplegics becoming athletes was completely unheard of.

The games at the clinic soon developed into sports activities in which men, women and children could participate upon their discharge and began attracting international competitors.

Just over a decade after that its humble beginnings on the hospital lawn, 400 athletes from 23 countries competed in the first Paralympic Games in Rome in 1960. 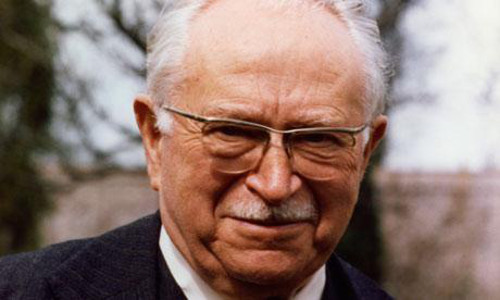 Though once inconceivable that disabled people could be athletes, the Paralympic Games have become one of the most watched world-wide sporting events, attended and followed by millions. The recent London 2012 Paralympic Games hosted over 4,250 athletes from 164 countries taking part in 20 sports with a record-breaking 2.7 million tickets were sold.

Ludwig Guttmann’s belief in the human spirit lives on not only in the magnificent Paralympic games, but most importantly in each and every disabled person who is able to live as a valuable and productive member of society.

The Einsatzgruppen and the Beginning of the Systematic Murder
The Promise Of The Land
Which Chat Are You On?: Parshas Behar/Lag Ba’Omer
Do You Like Slow-Cooked Food? Thank the Jews
Comments
MOST POPULAR IN Jewish Society
Our privacy policy