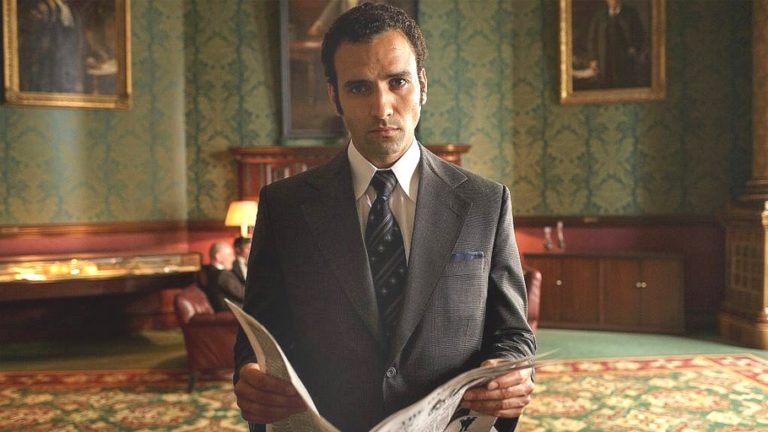 One of the greatest suspense thrillers of all-time. And it's true. An Aish.com exclusive.

Emblematic of the topsy-turvy Middle East is the story of Ashraf Marwan: son-in-law of Egyptian President Gamal Abdel Nasser; trusted advisor to Anwar Sadat; and spy for the Israeli Mossad... or perhaps a secret double-agent acting on behalf of his native Egypt.

It all comes to life in the new Netflix film, The Angel, a suspense thriller that culminates with Marwan's death under mysterious circumstances in London.

To make sense of this harrowing tale of intrigue, Aish.com spoke to Dr. Ahron Bregman, the Israeli closest to Marwan, who in 2002 first revealed the identity of the celebrated spy. 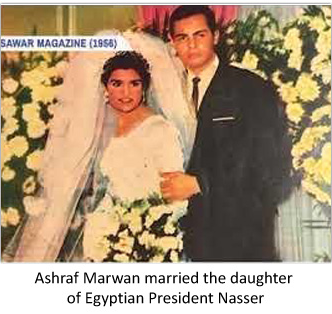 Our story begins in 1966, when 21-year-old Marwan married the daughter of Egyptian President Gamal Abdel Nasser, an anti-Israel tyrant who, on the eve of the 1967 war, promised “the destruction of Israel."

Nasser strongly disapproved of the marriage, since Marwan had no particular social, political, military or business pedigree. As a result, Marwan felt both humiliated by his father-in-law and estranged from the Egyptian power center - planting the seeds of his spy career.

One day in the late 1960s, the Israeli embassy in London received a call from Marwan offering his services as a spy. As proof of his credentials, Marwan produced the protocols of secret Soviet-Egyptian arms talks. Convinced of his sincerity, the Mossad accepted his offer and assigned him the codename, "The Angel."

Following Nasser's death, his successor Anwar Sadat brought Marwan into his inner circle, as a way to demonstrate the support of Nasser’s family. In this role, Marwan gained unparalleled access to his nation’s top secrets – including detailed Egyptian military activities and accounts of Sadat’s private conversations with Arab leaders.

Marwan may have also been motivated by money, as the Mossad paid hefty fees for access to secret Egyptian war plans. Indeed, Marwan parlayed those fees into a $3 billion business empire. 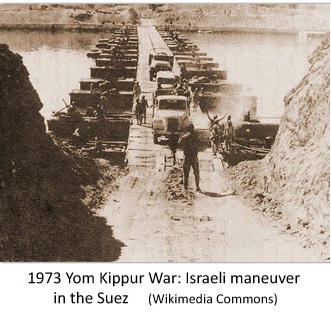 Marwan became an invaluable asset to Israel in 1973, when Sadat (in conjunction with Assad of Syria) prepared to launch another major military assault on Israel. Marwan’s warning reportedly allowed the Israelis to prepare for the "surprise attack," thus preventing thousands more Israeli casualties and loss of territory including the strategic Golan Heights.

But here's where things get complicated: While Marwan was ostensibly a spy who helped Israel, many believe he was a cunning double-agent who duped Israel, deliberately providing inaccurate information about Egypt’s war plans.

This theory has credibility. Prior to the 1973 war, Marwan issued two false alarms of an imminent Egyptian invasion, resulting in costly mobilizations of IDF reserve forces. This eroded Israeli fear of an Arab attack, so when Marwan warned again on the eve of Yom Kippur, the IDF was slow to react, as some in the Israeli security establishment dismissed him as "the boy who cried wolf."

Hinting more to the double-agent theory, the Netflix film includes a scene of Marwan listening to a lecture about "Garbo," the Spanish double-agent who deceived the Nazis regarding the D-Day invasion. Indeed, Egyptian officials over the years, including former President Hosni Mubarak, have praised Marwan for “carrying out patriotic acts... which it is not yet time to reveal." 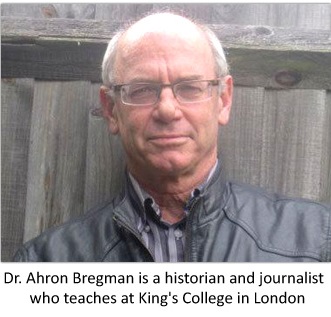 Things were relatively quiet until 1999, when Dr. Ahron Bregman, a historian and journalist who teaches war studies at King's College in London, came into the picture. After three years of investigative journalism, Bregman published a book revealing Marwan as the legendary Mossad super-spy.

Marwan flatly denied Bregman's claim, calling it a “stupid detective story.” But when the revelation was published in the Egyptian media, Marwan called Bregman asking to meet.

Marwan initially suggested they meet at the Dorchester Hotel, but Bregman was fearful it was a set-up – given that was the site of the attempted assassination of Israeli ambassador Shlomo Argov in 1982, which sparked the first Lebanon War.

Instead, they met at London's Intercontinental Hotel, and Bregman tells Aish.com: "I was extremely nervous, because Marwan was the legendary and dangerous spy. I thought he might try to kill me."

When they sat and spoke, however, Bregman had a change of heart. "I encountered Marwan's humanity. History didn't matter any longer."

As they established a personal connection, Bregman regretted revealing the identity of this legendary spy. "It was a huge scoop and I couldn't resist the temptation to follow the most primitive journalistic instincts," he says. "But I complicated an already tricky situation. It was an impulse I should have resisted."

Bregman says that he and Marwan "would meet quite frequently and became close friends. In some conversations, Marwan would pour his heart out. He couldn’t talk about his spy career with anyone else, not even his wife or kids. He was very well-connected, but very lonely. Ironically, I was the only person he could speak openly with – the very person who exposed him." 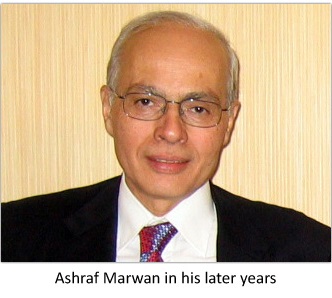 Meanwhile in Israel, rival intelligence agencies were battling over who was the main culprit in Israel’s failure to preempt the Yom Kippur War. Part and parcel of this debate was whether Marwan’s loyalties lay primarily with Israel or Egypt.

Zvi Zamir, head of the Mossad and who was Marwan's personal handler in 1973, claimed that Marwan was loyal to Israel. Eli Zeira, head of IDF Intelligence during the Yom Kippur War, subscribed to the double-agent theory.

The dispute ended in legal arbitration and in 2007 Bregman was called to testify. The judge issued a conclusion that Marwan was loyal to Israel – a verdict that was then leaked and published online.

At this turn of events, Marwan called Bregman in a panic, leaving multiple voice messages. They scheduled an appointment to meet the next day, but Marwan failed to appear. That morning, he had fallen from the fifth-floor balcony of his luxury apartment in London. Ashraf Marwan, superspy, was dead at age 63.

Who did it? Was it assassination? Or suicide?

One theory is that Marwan was a genuine spy for Israel, and the vengeful Egyptians killed him. Yet to save face for having been infiltrated at the highest level by a Mossad spy, Egyptian officials gave Marwan a funeral befitting a national hero.

Lending credibility to this theory, "death by high balcony" is an assassination method used multiple times previously by the Egyptian intelligence agency operating in London.

Bregman suggests a plausible alternate theory: "Marwan committed suicide. He was not physically well, having undergone heart operations. Plus he had accumulated a considerable number of personal enemies. So he decided to end his life. But he didn't want to shame his family, so he faked the suicide and wove me into his 'death story.' If that sounds fanciful, remember that for a very clever master spy, it makes perfect sense." 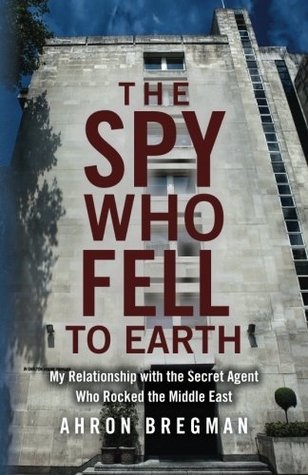 Bregman is consumed by regret over his exposing of Marwan as a "tragic, huge mistake.”

As an act of repentance, in 2016 Bregman published The Spy Who Fell to Earth: My Relationship with the Secret Agent Who Rocked the Middle East.

The jury is still out whether Marwan’s contribution was mostly helpful or harmful to Israel, since his key warning was delivered only hours before the outbreak of the war. IDF General Shlomo Gazit said: "The damage he caused was terrible. If we hadn’t used Marwan, the State of Israel... would have prepared for the war a week earlier when news began to arrive about what was happening in Egypt. But they said that if Marwan didn’t tell us about it, it wasn’t serious."

Bregman has reached his own conclusion: "I don't think he ever became an 'official' double-agent. But I do think at the critical moment of truth before the war, he asked himself, ‘Am I Israeli or Egyptian?’ His conclusion was loyalty to his people and his country – and he misled Israel."

Which side of the conflict was Marwan ultimately loyal to? And who caused his death? It is characteristic of Marwan to keep us guessing about his motivations. These controversial questions will likely never be answered.

My Victory over the Nazis

The Polarized Jewish Community
Where Do the Laws of Nature Come From?
Saadiah Gaon, Rashi and Maimonides: How Three Rabbis Revolutionized Judaism
King Sennacherib and the Siege of Lachish
Comments