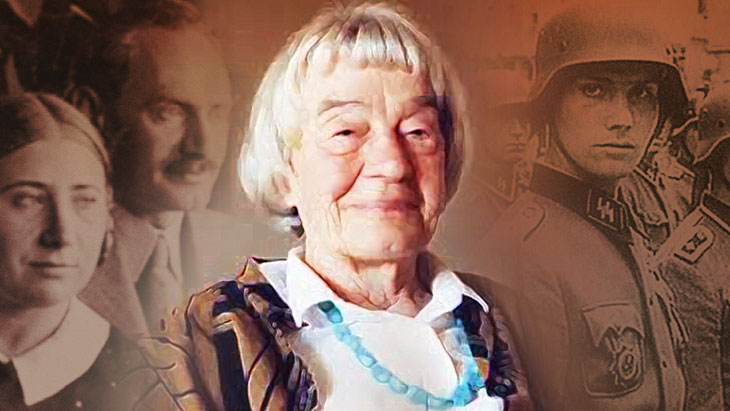 Margit (Gitta) Mallasz was born in 1907 in Ljubljana, Yugoslavia, now Slovenia, to an upper-class family. Her father was an officer in the Hungarian army and her mother was Austrian. At the age of 15 Gitta moved to Budapest where she became a champion swimmer. Her best friends, Lili Straus, a sports teacher, and Hanna Dallos, a graphic designer, were both Jewish. After Hanna married Joseph Kreutzer they opened a graphic art studio and asked Gitta, who also had a talent for graphic art, to work with them. 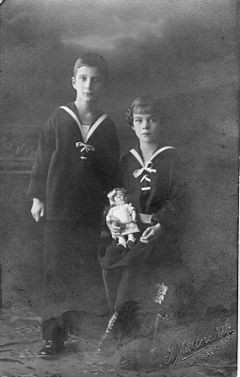 As anti-Semitism grew more widespread in Budapest, Gitta became the official manager of the studio for Hanna and Joseph. When the World War II began, the Jewish couple relocated to a small house outside Budapest, keeping a cautiously low profile. In March, 1944, when the Germans invaded Hungary, the friends closed the studio and returned to Budapest. Two months later, after the Jewish ghetto was created, Joseph Kreutzer was arrested and never seen again.

Then one of Gitta’s friends introduced her to Father Pal Klinda, a brave priest who sheltered Jewish women in a sewing workshop producing military uniforms. When Father Klinda asked Gitta to take charge of the workshop, she agreed if her friends Hanna and Lili could work there too.

Hanna and Joseph, Gitta, and Lili

Since the workshop was contributing to the German war effort, it was legally permitted to employ Jews on condition they were registered and authorized. Father Klinda and Gitta defied that regulation and sheltered many unauthorized children of the Jewish workers.

In October, 1944, the Arrow Cross, a fascist organization took control of the Hungarian government and started a brutal reign of terror for the Jews in Budapest. Thousands were tortured, abused and murdered in the final six months of the war and their property stolen or destroyed. During this fearful time, Swedish diplomat Raoul Wallenberg saved thousands of Budapest Jews using Swedish protective passports. Other foreign diplomats such as Giorgio Perlasca, Carl Lutz and George Mandel-Mantello also organized false documents and safe houses for them in Budapest. However, despite these valiant efforts, only 200,000 Jews (about 25%) managed to survive the Holocaust.

The situation in Gitta’s workshop grew more dangerous as the Arrow Cross militia searched for Jews throughout the city. Then a group of SS men moved into a villa right next door to the workshop. In November 1944 Arrow Cross men, headed by Father Andras Kun, a virulent anti-Semite, broke into the workshop. The vicious Father Kun wanted to destroy the Jews that were being save by Father Klinda. Claiming the workshop did not have a permit, Kun insisted that Gitta should give him a list of names of the Jewish workers. He threatened to shoot her if she refused. 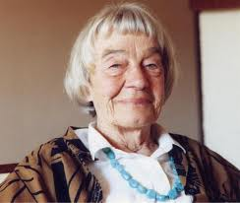 Realizing some of the Jewish women had already managed to escape, Gitta provided Kun with a smaller number of names. The remaining women were taken away but fortunately one of the workers notified Father Klinda. He managed to save them and brought them back to the workshop.

After this petrifying ordeal, Gitta persuaded a German soldier to give her a document certifying the workshop was legal under the auspices of the SS. She even had the courage to complain to the SS men in the villa next door that her workshop was being harassed by the Arrow Cross.

Despite her brave efforts, the Arrow Cross men returned one month later. Gitta called the SS men and began negotiating with the Arrow Cross intruders. That gave most of the women enough time to escape through a hole in the wall which she had prearranged in case of necessity.

Thanks to Gitta’s foresight, 100 women and children managed to escape. Tragically, 16 were captured, including her close friends Hanna and Lili, and taken to the Ravensbruck concentration camp.

Eva Langley-Danos was the only survivor of these 16 women. Upon her return from Ravensbruck, she wrote an account of their fate. This account, together with the testimonies of the women and children who were sheltered in the workshop and escaped, later enabled Yad Vashem to verify the story.

After the war, each priest got what he deserved. Father Klinda was honored by Yad Vashem while Kun was executed.

Gitta remained in postwar Communist Hungary to support her impoverished parents and other family members, despite feeling stifled under Soviet oppression.

Fifteen years later, after her parents died and her nephews and nieces reached adulthood, Gitta “chose freedom” by fleeing the iron curtain to France in 1960. 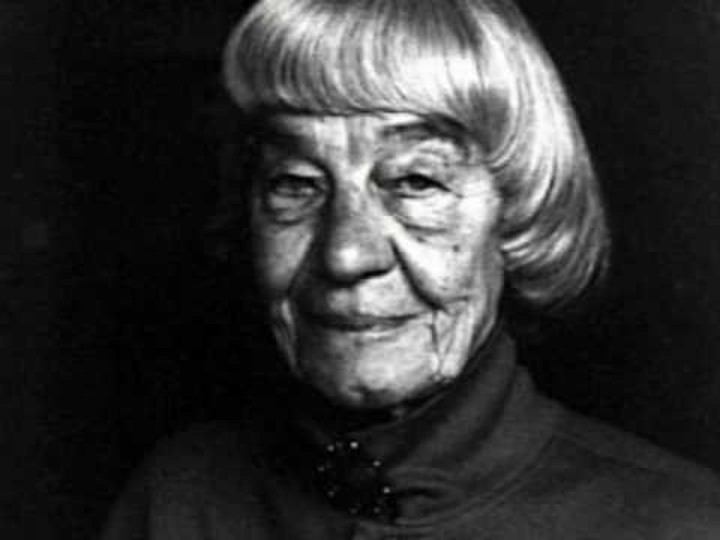 Her life changed completely. She resumed her career as a graphic artist and married for the first time at age 53.

Although mourning the loss of her close friends, Gitta still had one tangible possession she had brought from Budapest. Consisting of several notebooks, these were transcripts of instructions Hannah claimed were given to her by an angel early in the war. After many years, Gitta decided to translate these spiritual notebooks from Hungarian into French and publish them as a book. “Talking with Angels” became a best seller and was translated into many other languages. Gitta always rejected the idea that she was the author of the book insisting, “I am merely the ‘scribe’ of the angels.”

However, for a hundred Jewish women and children from Budapest, Gitta herself was the courageous ‘angel’ who had saved their lives.

Spending her final peaceful years in the French countryside writing her books, she died on May 25, 1992 at the age of 85. In 2011, Gitta Mallasz was recognized as Righteous Among the Nations by Yad Vashem.

How I Survived the Kovno Ghetto