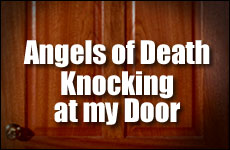 A father should not say Kaddish for his son; a brother and sister should not have to bid a last goodbye to their 19-year-old brother.

I cannot begin to describe what I have been through since Wednesday, July 12th, almost two weeks ago. I will just write what happened since there are no words that can express my feelings.

On Wednesday I returned to my trailer after being done with another college exam.

I turned on the TV, and it responded with the war in the north, special broadcasts on every channel. "Two kidnapped", so they announced, showing the incident zone on the map. Having served considerable time on the Lebanese border, and especially in that sector, I could instantly recognize the place.

My heart started beating fast when I remembered that my brother was serving in a post nearby. I tried calling him several times, but his cellular phone was off -- a pretty common thing. My mother then called me -- very stressed out -- asking if she should call his company commander. I said no. A little while later, I read the running news text that Hezbollah claimed to have destroyed a tank. In case I forgot to mention, my brother is a tank driver.

A friend then called me and asked if everything was alright with my brother. A somewhat odd question. A little investigation then revealed that there were rumors about him circulating in town. By then, I was really stressed. I called my mother and told her that it might be a good idea to call the company commander. My mother was actually quite cool and serene, and said she would call later. I then tried my luck with my father, thinking that maybe he would make the call, but he wasn't responsive either.

News channels started receiving reports about the area of the hit tank. Darkness. I knew it had to be my brother's tank. It was the only one in the area. I called my father in a panic, and he answered in a suffocated voice that an Israel Defense Forces representative had called his office and told him that Yaniv's tank had been hit and according to their information the entire crew were seriously wounded. He also said that in 10 minutes, an IDF crew would come to take me home.

When they arrived, they delivered more or less the following announcement: "At 12:15 PM, an IDF tank was hit in South Lebanon. Your brother was in the tank. To the best of our knowledge, the whole crew was seriously wounded." That concluded the announcement. Straight off, I asked what hospital he was in. The answer was that the crew was still in the tank and there was a battle going on to try and get to them. My cellular phone read the time: 16:15 PM. I looked the officer in the eye and said: "You're telling me that my brother is seriously wounded and he's been in a tank for the last four hours?! According to what [information] are you telling me that he is seriously wounded? Do you even have any contact with the crew?!? The officer said the report was correct up to the last five minutes.

The ride home with the officer was very long, as you can imagine. Despite the announcement they read to me, or maybe because of it, I knew inside that it was over -- that Yaniv was no longer among the living. When I got home I saw a group of people standing outside the house. "That's the brother" and "here's Eitan" were the murmurs I heard.

At home IDF representatives surrounded me, but I had to go to the bathroom (I went through something like four water bottles on the way.) While I was in the bathroom I heard my father say in English, "He doesn't know yet that Yaniv was killed." Yes, then it became official, I was a bereaved brother. The city officers caught me as soon as I left the bathroom and started reading me the announcement. I asked them to stop. I said that I understand and I don't want to hear it. I sat on the sofa and started crying, together with my sister, mother, father and grandmother. The aunts and uncles were on the way. The media was already lurking outside. To their disappointment the family decided to stay in the house and not be interviewed.

Yaniv's picture on the front page was enough to drive us all into hysteria.

The officers stayed until midnight and then told us that the extraction of the bodies would only take place in the morning. As they promised, so it was. In the morning they told us that a body was rescued in one piece. To father's request they brought us the newspaper. Yaniv's picture on the front page was enough to drive us all into hysteria. In the meantime, the mayor arrived at the house. After he heard that we want Yaniv to be buried in town, he made a call to the Defense Ministry to prepare the non-existent military plot. Construction started on Thursday morning, 10:00 AM at the graveyard, and within two days a military plot was ready.

My grandparents from Canada, an uncle from New York and an uncle from Hong Kong sent word that they would come to the funeral that was set for Sunday.

On Sunday at around a quarter to five, two minibuses came to take the family to the graveyard. The whole concept of the funeral did not make sense -- a grandfather should not bury a grandson, a father should not say Kaddish for his son, a brother and sister should not have to bid a last goodbye to their 19-year-old brother. The drive was slow, the pain was at a peak. We didn't know what to expect -- how many people would be there, how the place would look, and how at all we would deal with the funeral.

If I thought the drive was hard, when we got to the graveyard I was close to hysteria. The minibus parked in front of the command car with the casket inside, wrapped in a flag. To the right, thousands of people stood silent on the hill Yaniv was about to be buried in. My sister did not want to get out of the minibus. Understandable. Finally she was persuaded, and we were received by senior officers of the Armored Corps. We went to the command car, I kissed the casket, and when we were done, soldiers came and carried the casket on their shoulders. We followed the casket to our sitting place, situated in front of the pit that was dug for the casket. The entire hill was covered with a green carpet (like the ones in mini golf) and an enormous shade. After several prayers the casket was lowered deep into the pit, and sacks of sand were poured to fill it. My father gave a eulogy that brought tears to everyone's eyes. The eulogies given by Yaniv's two best friends were also painful.

With a Boeing flying above, as if by invitation, and a firing volley, the funeral ended.

The shiva brought the best out of everybody. The friends, the neighbors, the town. People never stopped coming in, morning to night. People came to comfort and left comforted. A few women (or as I coined them, the generals) took command of the house and took care of everything. The rest of the visitors did not come empty-handed; from pastries to fruit, homemade cakes, drinks and big pots full of food.

It's true that I would gladly forgo all of these visitations, but it's comforting to know that they all appreciate what my brother did. The Battalion Commander, who was a witness to the event, told us that after the Hannibal Procedure (kidnapping event) was declared, Yaniv's crew ran into the tank, despite heavy shelling on their post. They were familiar with the procedure, and without giving it a second thought, started driving. As they entered, they managed to hit a few Hezbollah positions. Contrary to what I first thought, the crew took a side trail and not a main one, until reaching the bitter end.

I could write a whole book on the last week and a half, but I think I'll stop here. I will just say that I feel a sort of emptiness. The pain is indescribable and the longing is ceaseless. Everything in life suddenly takes on a different proportion, and nothing seems to matter. I know nothing will be the same again, and I have no clue how to go on from here.

I remember what a rotten brother I was when we were young, and even though I tried making amends in recent years, the guilt still lingers. I am sure I will write about Yaniv again. Right now I can't. The IDF representatives deserve many good words. We mentioned this to every Armored Corps officer who came, and we also said so to the President. But with all their good will, my wish to each and every one of you is that those angels of death never knock at your door.

From Mother to Son
Don’t Believe in Other Gods Versus God is One
Seeing Without Eyes
Why Shouldn’t We Eat Whatever We Want?
Comments
MOST POPULAR IN Israel
Our privacy policy
Aish.com Is Looking for Great Writers