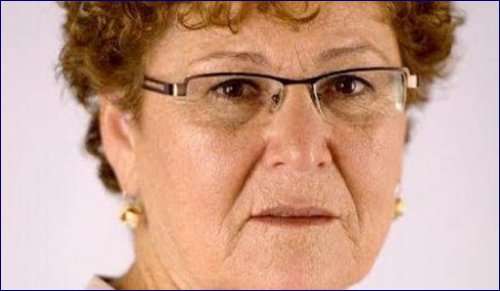 Miriam Peretz has been through tragic experiences that she wishes upon no one. But her strength, resilience and hope she is willing to share with everyone.

There was evidence of Miriam’s strength from an early age, even though by and large she has lived a quiet life. She immigrated to Israel from Morocco as a young girl with parents who were poor and illiterate. Their warmth and trust in Miriam led to her being confident and willing to experience new challenges.

She took menial jobs others wouldn’t do, and used the money to buy appliances and other necessary items for her parents. She threw herself into her academic studies, even though they were culturally unfamiliar and her parents were unable to support her. There was plenty of opportunity for Miriam to complain as she didn’t have many of the advantages of her fellow, middle class students. She didn’t even notice. She was too busy studying and working.

Miriam eventually earned two degrees, married her husband, raised a family and helped build an Israeli community in the Sinai. When a peace agreement was signed with Egypt, the Peretz family left their homes as the Sinai was evacuated and given to Egypt. Sad for the loss of their idyllic community but hopeful that somehow peace might actually be established, they moved to a small suburb of Jerusalem. Miriam accepted a position at local school and soon became a popular principal. She was fully engaged in her career and family, challenged, busy and fulfilled.

Then the first tragedy struck. Her oldest son, Uriel, was killed by terrorists during his army service. The dreaded “knock on the door” came as army representatives arrived at her home to inform Miriam and her husband the unbearable news.

Life for Miriam and her family would never be the same. There would always be Uriel’s empty chair at the Shabbat table or at other family celebrations. His wisdom and advice would be missed by his younger siblings.

Uriel was gone and Eliezer’s heart was broken. He never recovered from the loss.

Miriam’s husband Eliezer invested time and effort to memorialize Uriel. A Torah scroll was dedicated in his memory. A variety of activities were undertaken to keep Uriel’s memory alive. But it wasn’t enough. Uriel was gone and Eliezer’s heart was broken. He never recovered from the loss. He died five years after Uriel and while no tests could ever show it, even the doctors agreed: he had died from a broken heart. 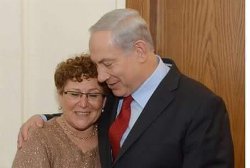 Miriam was now without her trusted partner. The man who had encouraged, listened and shared everything with her, each step of their journey. The loneliness was unfamiliar and difficult.

Almost 12 years to the day after her son Uriel was killed, there was another knock at the door.

Miriam made a choice: onward. Life must continue. Despite it all, she would remain present and available to her family. She continued in her career and in her volunteer work helping others who experienced loss.

And then the unthinkable occurred. Almost 12 years to the day after her son Uriel was killed, there was another knock at the door. Another army liaison team appeared in order to bring bitter news. Her second born son, Eliraz, was killed in a battle with terrorists on the Gaza border. When Miriam realized why there were guests in army uniforms at her door, she refused to allow anyone to open the door. “As long as they didn’t enter and give me official notice, my son was still alive. I wanted to preserve that.” But it was a short-lived reprieve from the awful reality that now faced Miriam and her remaining children: they had suffered another loss.

Miriam and her sons. On far right is
Eliraz z"l killed in battle near Gaza

Miriam explains, “Until this time, I thought I was protected by the death of my first son. I was sure my other sons in military service were safe – how could tragedy strike me twice? But I was wrong.”

Miriam now had four grandchildren without a father and young daughter-in-law suddenly a widow. Miriam describes that she went through stages of anger, despair and acceptance. “Eventually I came to realize that I was powerless over what had happened. I couldn’t bring back my sons. We don’t decide when we are born or when we leave this world. But I have the ability to wake up each day and live a purposeful life. My son would be so grateful to come back for one minute to hear his now toddler son say ‘abba. So how can I not appreciate having another minute of life?”

“Each day I make the choice again: I will live.”

Miriam is the first to admit it is not an easy mission. “No question, I would be justified in staying in bed most days. And I feel like doing that on some days. But I keep moving. There is so much I can do in this life. I concentrate on having gratitude. I can speak. I can walk. These are not small things. How many people can’t do that? Each day I make the choice again: I will live.” 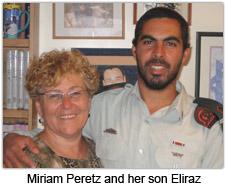 And Miriam is incredibly active. She speaks weekly to hundreds of IDF soldiers. She visits bereaved families who have suffered the loss of a loved one in the IDF. Miriam volunteers her time with a variety of organizations and causes. Trying to pin her down for an interview or meeting is no easy feat with her packed schedule.

Miriam has become well-known and beloved to Israelis of all types. A brief walk with her will inevitably lead to meeting people who ask for a hug or for a few words of encouragement. Her smile and patience seem to open hearts. Her painful experiences and daily choice to keep living have become an example to so many. “Don’t give up.” she whispers while stroking a cheek, “We have a choice each day. Some will be bad days. But many will be good. So keep living!” she shares. And, through tears, hesitant smiles begin to appear. It seems the message of “If I can do it, so can you” is registering. Some hope has been restored. And with a hug and smile, Miriam leaves to continue with her daily mission: To live. 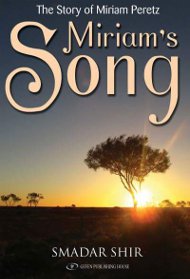 Miriam Peretz’s story is a journey of determination, faith and heartbreaking tragedy, much like the tale of modern Israel. Miriam’s Song (Gefen Publishing) tells her story, and depicts how one woman experienced unspeakable tragedies yet courageously chose to live a life of hope while inspiring a nation. Miriam has become an Israeli national symbol of grief and resilience. Click here to order.

We Will Remember
Three Ways to Make Yom Kippur Meaningful
The Joy of Fasting
The 21st President of the United States: Failure or Inspiration?
Comments

Three Ways to Make Yom Kippur Meaningful
The Joy of Fasting
The 21st President of the United States: Failure or Inspiration?
Hiding Their Jewishness
The Jewish Pope: Following the Questions Home
How Did I Miss It?: Rosh Hashana
Where's Waldo and the Design Argument
Bagels, The Ghetto, and Yom Kippur: A Journey into the Bagel’s History
Homemade Bagels
Coronating the King: 4 Ways to Prepare for Rosh Hashanah
1 2 3 … 2,912 Next »