Superman: The Mensch of Steel 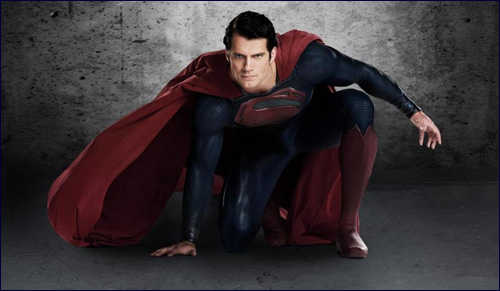 Superman, who defined the American comic superhero, did so using Jewish values, implicit in his creators’ psyche.

In honor of the new film, Batman v Superman: Dawn of Justice (2016) which is about to be released, let’s look more closely at the Man of Steel and how he changed the way Americans thought, especially during and after WWll.

Superman changed the way Americans thought, especially during and after WWll.

More, Superman, who defined the American comic superhero, did so using Jewish values, implicit in his creators’ psyche.

Enter Jewish writers Jerry Siegel, and artist Joe Shuster. While we never saw Superman lighting Shabbat candles in his icy Fortress, the Jewish themes from Jewish pens are unmistakable. The Super Hero, born Kal-El (Hebrew often translated as “Voice of God”) reminds us of baby Moses traveling the Nile in a basket. Saved by his parents from a “holocaust” on his home planet, Krypton, Superman was sent to Earth (specifically America) to heal the world, fighting for good against evil not unlike the Golem who protected the Jews in medieval Prague. As a moral compass, he essentially follows Hillel’s Golden Rule: "What is hateful to you, do not do to your neighbor.” Goodness and putting others first, trumped happiness and even required his own isolation. Reminiscent of closeted Jews of the time, alter ego Clark Kent was the “vanilla” guy hiding the almost invincible hero.

When Superman leaped tall buildings in 1938, the D.C. Comic leaped off shelves faster than a speeding bullet and ushered in an array of “super” clones. The golden age of the comic Superhero flew into high gear.

Culturally, these characters were far more than fluff-stuff kiddie lit. Superman and his Super spin-offs, whether in strips, on radio, TV or film deeply influenced the pop culture “psyche.” Audiences sensed it. The producers, writers, networks, ad agencies and the government (during the 1940s and fifties) knew it and used it.

The “Super”Medium was the message

To understand how extraordinary The Man of Steel’s message was to the war effort, we have to look at the times. Long before “equal rights” was all inclusive, large segments of America were divided. The color lines were deeply drawn. Signs proclaiming “No Jews or dogs allowed (or need apply)” abounded. Overseas we were fighting a War with GIs who ranged from scholars to the illiterate. The world’s attitude toward the monstrous Holocaust was mostly – silence and inaction.

It was against this background that The Metropolis Marvel, starting in the 1940s exposed the evils of anti-Semitism and Nazi-ism directly and primarily indirectly through ardent patriotic covers, and mockery of enemies (referred to as “Nazis” to differentiate them from German American fans). Clearly as The Man of Steel with his amazing powers could not have been written to directly encounter our enemies by name, and more, entertainment as a diversion was crucial for morale, the focus was on Superman the Patriot. In doing so, the “Jewperman,” through his enormous popularity across mediums, helped shape American culture and mores through this campaign of patriotism while offering escapism. Yet, the war was ever present. In one unusual event, The Man of Steel stood up to Hitler and Stalin even before America did so. (NOTE: Captain America, created by Jews Joe Simon and Jack Kirby was more directly combative and was shown among other things, socking Hitler across the jaw.)

The February 27, 1940 edition of Look Magazine ran a two-pager by Siegel and Shuster entitled "What If Superman Ended the War?" In this hypothetical scenario, we see the Man of Steel capturing Hitler, then Stalin, and flying the pair to a court before the League of Nations where the two dictators were tried for war crimes against their own people.

One German Propaganda Archive presents a copy of Das Schwarze Korps, the SS weekly newspaper. Criticism was scathing. Particular attention was paid to Siegel’s (called the derogatory “Siegellack”) Jewishness and character (“an intellectually and physically circumcised chap” … “An inventive Israelite” who created the character of Superman with “an overdeveloped body and underdeveloped mind”). As the article continues, “you can see, there is nothing the Sadducees won’t do for money!” and the wind-up? “Instead of using the chance to encourage really useful virtues, he sews hate, suspicion, evil, laziness, and criminality in their young hearts. Jerry Siegellack stinks. Woe to the American youth, who must live in such a poisoned atmosphere and don’t even notice the poison they swallow daily.”

Clearly, as early as 1940, Superman’s huge cultural appeal was making for some Nervösen Nazis. It is believed that Goebbels, the Nazi propagandist, wrote: “This Superman is a Jew!” While no direct order from Hitler about Superman has been proven, the Nazis certainly banned incoming material.

Goebbels wrote: “This Superman is a Jew!”

Superman and the War Years

Siegel was careful not to name dictators (such as Hitler). His characters were, however, obvious. In Superman #10 (May-June 1941), the “Dukalian” leader, Karl Wolff, gave a speech saying, "We Dukalians are superior to any other race or nation. Proof that we are entitled to be the masters of America."

Starting in September 1941 and continuing throughout the war, the strong images on at least half of Superman covers forged a key propaganda alliance with American service people. For example covers showed The Man of Steel, arm in arm with a soldier and sailor, sinking enemy ships, attacking German and Japanese pill-boxes, destroying tanks or submarines, and flying to the rescue of fighting Americans. One famous cover shows him standing on the Earth holding Hitler and the Emperor of Japan by the scruff of their necks. (Superman #17, July-August 1942). Lois Lane was also shown referring to Servicemen as “You’re my Superman.” Some covers also directly made a plea for organizations like the Red Cross and War bonds. Superman #25 (Nov-Dec 1943), however did contain war stories considered classics. In "King of the Comic Books," for example, a cocky comic book creator and his character, Geezer, fought the Nazi influence in Europe. The German Bund in the U.S. captured the creator and Superman, dressed as Geezer, arrived in the nick of time to save him. The cover of Superman number 26 ( January-February 1944), portrays Superman playing a then-modern day Paul Revere, lifting Goebbels into the air while ringing the Liberty Bell in front of a microphone labeled “Radio Berlin.” Mocking humor was also used in portraying Hitler-like characters as mad scientists who would destroy their own, rather than lose face in defeat.

So effective was Superman that the War Department, along with National Periodical Publications (a forerunner to DC comics) distributed a special series of 23 to GIs to increase literacy – one of the first examples of using comics to teach – as well as boost morale and entertain.

Superman on Radio and Film

Writer and merchandiser Robert Maxwell, also Jewish, brought The Man of Steel to the airwaves. On February 12, 1940, eager fans heard the legendary words: "Faster than a speeding bullet, more powerful than a locomotive, able to leap tall buildings in a single bound. Look! Up in the sky! It's a bird! It's a plane! It's Superman!" The show quickly gained an even larger audience of both children and adults, than the comics. The radio program continued on the air until 1951, and its popularity led to bringing Superman to the screen. From 1941-1943, the Fleischer studios produced an excellent series of cartoons. Both on radio and in animation, our hero dealt with the war even more directly. In Jungle Drums (Episode #15, Released: March 26, 1943) he not only leaps to rescue Lois from the Nazis, but U.S forces were saved as well.

Notably, in 1946, Superman took on the KKK in a ground-breaking and hood-shaking 1946 series called “Clan of the Fiery Cross.” Through Klan insider Stetson Kennedy, Maxwell revealed the evil inner workings of the KKK, not only robbing it of its mystique, but, by 1948, turning the organization into an image of mockery. The American Heroes Channel describes this period in detail in a documentary titled "How Superman Defeated the KKK."

Wars are won by more than guns alone. Indeed, Goebbels’ hideous P.R. and “marketing” to the German populace made Hitler’s power possible. His “arch-enemy” then, was in part The Jewperman, who, at both the behest of the War Department, and in the consciousness of its Jewish creators and producers, taught America what they were fighting for, and brought hope to millions.

From the war on, no comic character more than The Mensch of Steel provided a moral compass, imbuing the American psyche - both in the battlefields and at home – with the belief that standing up for good vs. evil was not only a duty … but a mitzvah.

Spider-Man and the Jews

Marilyn Michaels: Jewish Show Biz Royalty
Why Are The Prayers Of Yom Kipur So Repetetive?
Ha'azinu 5783: A Time for Unity!
Twisted Thinking
Comments