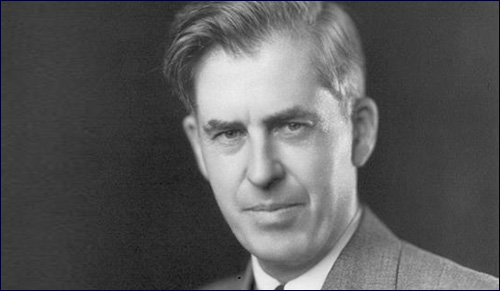 The former VP was a passionate supporter of Israel who turned Truman’s Mideast arms embargo into a major campaign issue in the 1948 elections.

Henry Wallace, Roosevelt’s vice president, was a passionate supporter of Israel who turned the Truman administration’s Mideast arms embargo into a major campaign issue in the 1948 presidential race – and nearly defeated President Truman in the process.

Wallace first became interested in Zionism in the 1930s, when he served as secretary of agriculture under President Franklin Roosevelt. In 1938, he sent one of his deputies, Walter C. Lowdermilk, to examine soil conditions in a number of countries, including British Mandatory Palestine. He reported that with innovative farming methods, the Holy Land could absorb an additional four million European Jewish refugees. That was a sharp rebuff to British and Arab claims that the country was overcrowded.

“I don’t think [Lowdermilk] has any Jewish blood,” Wallace later recalled, “but he was the most complete Zionist convert anyone could ask for.” And as a result of Lowdermilk’s influence, Wallace too came to see the Jewish pioneers as American-style frontiersmen with a dash of biblical romance. 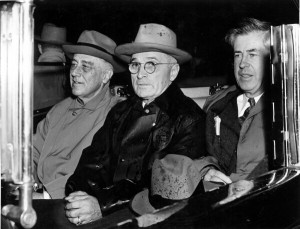 Wallace served as FDR’s vice president from 1940 to 1944, but Roosevelt grew wary of Wallace’s leftwing tilt and replaced him with Senator Harry S. Truman, who then became president in 1945. Wallace didn’t last long in Truman’s cabinet. Annoyed by Wallace’s pressure for a more conciliatory U.S. position toward the Soviet Union, Truman ousted him in 1946.

Wallace then became editor of The New Republic. In its pages he strongly defended the Zionist cause, at one point going so far as to suggest that the Jewish underground’s guerrilla war against the British was “in some respects like the fight the American colonies carried on in 1776…”

At the end of 1947, Wallace announced his intention to run as a third-party candidate in the 1948 presidential election, as the nominee of the Progressive Party. He decided to make a concerted pitch for Jewish votes New York. In those days, New York State had the largest number of electoral votes – 47 – and the Jewish vote was likely to be crucial there.

At one rally, he accused Truman of “playing politics with the lives of the people of Israel.”

But it was Truman’s arms embargo on the new State of Israel that became the focus of Wallace’s appeal to Jewish voters. At one rally, he accused Truman of “playing politics with the lives of the people of Israel.” At another, he charged that “Jewish blood lies on the hands of Mr. Truman tonight.”

It was no coincidence that the Soviet Union was taking a pro-Zionist line, however briefly. The Soviets were even supplying Israel with some weapons, via Czechoslovakia. It was a rare moment when the American left could support Zionism without inviting the wrath of Moscow.

By the autumn of 1948, New York’s newspapers were filled with talk of Jewish voters dumping President Truman and supporting Wallace. The New York Times reported that “New York Democrats” hoped Truman would announce a loan to Israel, in order to “win back into the Democratic column many voters who were estranged by the State Department’s coolness to [Israel].”

The New York Star called Truman’s last-minute pre-election statements praising Israel “a direct bid for a sizeable bloc of lukewarm New York City Democrats and independents. Many of the[m]…may even vote for Henry Wallace because of their dissatisfaction with Truman’s record, particularly on Palestine.”

In the end, Truman lost New York to Republican nominee Thomas Dewey by just 60,959 votes, less than 1 percent – and, as a result, Truman came very close to losing the national race. In his memoirs, Truman blamed Wallace – and he was right. Wallace won 8.25 percent, a remarkably high figure for a third party candidate.

Where did many of Wallace’s 509,559 votes come from? In the Brooklyn neighborhood of Brownsville – the most heavily Jewish neighborhood in the country – Wallace received 28 percent of the vote. Likewise in Coney Island, Boro Park, and other heavily Jewish areas, he won from 21 percent to 27 percent. In Jewish sections of the Bronx, such as the Grand Concourse and Mosholu Parkway, Wallace won 20-24 percent. In Jewish neighborhoods of Manhattan, the results were similar: 28 percent for Wallace on the Lower East Side, 23 percent on the Upper West Side.

Overall, Truman received only 50-55 percent of Jewish votes in New York, with Wallace winning about 25 percent and Dewey around 20 percent. That’s the lowest share of the New York Jewish vote for any Democratic candidate in modern presidential election history, except Jimmy Carter.

Most Wallace voters were former Roosevelt supporters who would have voted for Truman if Wallace had not been in the race. They were furious that as Israel was fighting for its very existence, Truman refused to give it weapons. As longtime Democrats, most could not bring themselves to vote for the Republican nominee, Dewey – but by taking so many traditional Democratic votes away from Truman, they, in effect, gave the state to Dewey. Henry Wallace had pulled off one of the most successful exercises in third party-spoiler politics in American history.

This article originally appeared in http://www.algemeiner.com/

Sidney Lumet’s Forgotten Role
Bechukotai 5782: Divine Retribution
Behar 5782: Working to Live or Living to Work?
The Wholeness of Being Broken
Comments
MOST POPULAR IN Stars of David
Our privacy policy