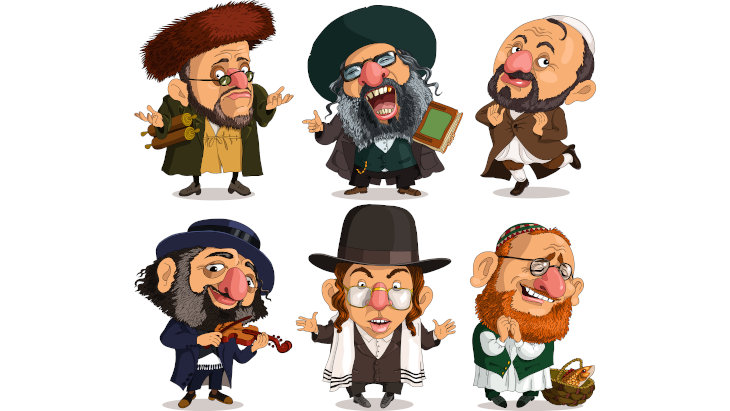 For example, the Talmud teaches us not to shy away from conflict.

I’ve long subscribed to the theory that although school fills our head with a lot of knowledge, it also leaves out an awful lot of really important things that would be invaluable to know. Fortunately, the Talmud and other Jewish texts can serve as vital and extensive supplements to our school curriculum, providing invaluable and often deep life lessons. Ironically, these lessons are sometimes in direct conflict with what we are taught in our typical schools.

Let’s take a look at six important Jewish life lessons they never taught us in school.

Don’t Shy Away from Conflict

Machloket, disagreement, is a fundamental part of the Talmud. The lesson in this is that there is room for differing and even conflicting opinions. Similarly, we should not shy away from difficult conversations and healthy conflict. Not only did they not teach us this in school, any time we illustrated conflict, they punished us for it. Whether it was arguing or fighting on the playground, punishing a classmate who really deserved it, or, in my case, trying to convince my teacher that assigning homework over the weekend was morally reprehensible – we were trained to behave and not show any conflict. If only I had had a copy of the Talmud to enlighten Mrs. Feeney in fourth grade.

A chavruta, or learning partner, is a vital part of studying Talmud, which traditionally is learned in teams of two. But it goes beyond just studying Talmud. You learn to work as a team. Think Simon & Garfunkel, Jerry Seinfeld and Larry David. Carole King and Jerry Goffin. Ben and Jerry. Having a partner to help you learn, create and grow encourages you to listen and not just speak and to sharpen one another’s ideas and in a constructive way. Think of all the destructive people in history. All solo acts, no? Perhaps if Genghis Khan had had a chavruta, he might have been more loving. His mind and soul might have been more developed.

Never Seek Publicity for What You Do

If you deserve it, you will receive it. If you don’t, you will be attacked. In any case, goodness never needs to draw attention to itself. That’s all well and good—in theory. But in practice, and especially in school, it’s not quite how life operates. For example, all students running for class president did was seek publicity for and draw attention to themselves. Remember all those huge hallway campaign posters? And the speeches? And the bribes? Okay, maybe that was just my school. But let’s not forget lobbying with our teachers for better grades by calling attention to our own wonderful work and efforts. If seeking publicity for themselves is wrong, students don’t want to be right.

According to the Talmud, love that is meant to last accepts the whole of the other. It forgives flaws and does not expect the impossible. It finds fulfillment in knowing that togetherness makes each one of them better even as neither one alone deserves to be loved merely for one particular reason. No one told me that in high school.

You all know David, famed in Hebrew lore as the young shepherd who first gained fame as a musician and later by killing the enemy champion Goliath. Long story short, he eventually becomes king himself and is richly represented in post-biblical Jewish written and oral tradition and art over centuries. David was known, through his life for expressing his emotions through song and even weeping. Despite being a celebrated warrior, he was quite comfortable with revealing his humanity. He teaches us to express our feelings, to never be too manly for a good cry. Oh, right. You know what happens to boys in school prone to good cries and emotional expression of their feelings? That’s right, they either get beaten up on the playground or end up starring in all the school’s musicals. Which is all well and good for the dramatically inclined. But the rest of us had to log a lot of hours in the nurse’s office, not to mention parent-teacher meetings.

Keep Your Friends Close, but Your Enemies Closer

Rashi, the preeminent Jewish medieval commentator, says our Rabbis compared the “enemy” to the evil inclination, and if it tried to make you sin, go to the study hall to feed it the bread of Torah. This just suggests that you should know more about your enemies than you do about your friends. That you be vigilant about the actions taken by your enemies. Don’t antagonize them with your words or behavior, so as to keep them calm and as harmless as possible to you. Especially in competitive businesses, this would be helpful in overcoming any strategy that might be planned against you. Of course, when I tried that in high school with the notorious bully Tommy Springer, he ended up punching me in the stomach, knocking the air out of me, and my books went flying down the hall. He hardly seemed to care at all about Rashi.

Is Al Gore a Jewish Grandmother?
What Makes Eli Run?
The Tyranny of Materialism
Science Enters the Mysterious Inner World of Consciousness
Comments
MOST POPULAR IN Jewlarious
Our privacy policy