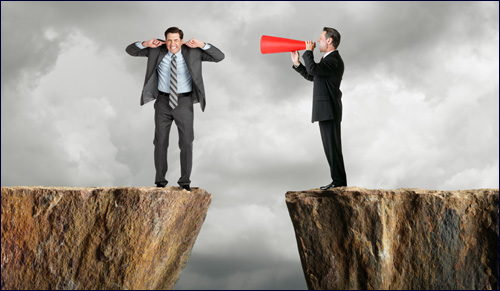 Shavuot, commencement and the reason for two tablets.

The holiday of Shavuot commemorates our receiving of the Torah at Mount Sinai, words that transformed the world from barbarism to civilization. As Abraham Lincoln once said, “I believe that the Bible is the best gift that God has ever given to man.” To celebrate Shavuot is to acknowledge the divine call to moral and ethical growth, to the perfection of our minds and our souls in order to improve both ourselves and the world.

Shavuot usually coincides with the season of graduation commencements. It is the time when the young complete a major step in their educational journey, and yet it is called commencement. More than an ending, it is a new beginning. Commencement stresses potential rather than past, new beginnings and opportunities now possible by dint of achievement.

And Shavuot was the commencement moment for the Jewish people. It too was a time of celebration, rejoicing in the precious gift we received – the commencement of our collective mission to become “a light unto the nations” and “a kingdom of priests and a holy nation.”

That is why, in the season of commencement speeches when keynote speakers attempt to convey an important message to graduates, I can think of no better insight to share than the following truth revealed at Mount Sinai: Religion, as codified by the Ten Commandments, is concerned with two tablets, not one.

Religion is usually defined as our relationship to God. But look at the two tablets of stone God gave to Moses and you will see that five of the Ten Commandments are concerned with our duties to God and the other five teach the equally important obligations we have to our fellow human beings.

The very first word of the Ten Commandments, “I”, refers to God; the very last word of the Ten Commandments, “to your neighbor”, speaks of your fellow human being. The Ten Commandments are the bridge between God and man, between our responsibilities to our creator and our responsibilities to those created in his image who spend their lives alongside of us and similarly require our concern, our empathetic connection and our love. The text which traverses from the word “I” to the concluding “to your neighbor” is the journey we are meant to successfully travel during our years on earth.

It is striking that when the great Talmudic Sage Hillel was asked to summarize all of Torah “on one foot” in the most all-inclusive manner he chose the verse “You shall love your neighbor as yourself” (Leviticus 19:19), and not its corollary “You shall love the Lord with all your heart, with all your soul and with all your might” (Deuteronomy 6:5). The message Jews were meant to bring to the world was the revelation that treating fellow human beings with respect is in and of itself a form of divine worship. Kindness is a kind of prayer akin to the one offered in the synagogue. Charity to the needy is very much like tithing to the temple. And respect is what we owe God as well as every one of his children who are created in the image of God.

Yet we live in an age where disrespecting others is the norm. Cruel and hurtful words are disguised as humor, and vicious verbal assaults are repeatedly on social media. Respect has become an old-fashioned relic of a time when good manners still mattered and civilized behavior was mandatory and expected.

Small wonder that even our most honored institutions of learning demonstrate a kind of behavior antithetical to this biblical teaching. The Torah commands respect for a monarch or ruler as a required response to his position, even if we are in disagreement with his views. Common courtesy demands that an invited guest not be dishonored. And yet a recent commencement ceremony at Notre Dame, a large number of its graduating class walked out as the guest speaker, the Vice President of the United States, rose to address the audience. Pence did not comment on the walkout but as reported by the AP, he bemoaned the diminishing of "the freedom of expression and the free exchange of ideas at a time, sadly, when free speech and civility are waning on campuses across America."

The AP cited his reaction in connection to violence erupting over invitations of conservative speakers to talk at college campuses across the country. A planned talk at the University of California-Berkeley by Milo Yiannopoulos was canceled after protesters threw smoke bombs and flares at the student union building where he was scheduled to speak. Hundreds of students at Middlebury College in Vermont violently protested a speech by Charles Murray; the embattled speaker had to flee in fear for his life as protesters banged on the sides of his car and began to smash its windows.

In a Wall Street Journal column, Stanford University professor Peter Berkowitz argues that universities are slow to shut down these protests because they often want to protect minority groups who may be offended by a provocative speaker. "The yawning gap between universities' role as citadels of free inquiry and the ugly reality of campus censorship is often the fault of administrators who share the progressive belief that universities must restrict speech to protect the sensitivities of minorities and women," Berkowitz writes. "They often capitulate to the loudest and angriest demonstrators just to get controversies off the front page."

Education demands open inquiry and respect, even when there is vehement disagreement.

Last week, at yet another university commencement ceremony, Bethune-Cookman University graduates booed, turned their backs and walked out during Education Secretary Betsy DeVos' commencement speech, creating a disturbance so noisy that that the school’s president, Edison Jackson, stood up, took to the microphone, and said to the students, “If this behavior continues, your degrees will be mailed to you. Choose which way you want to go.”

Perhaps the choice should not have been whether the degrees should be mailed but rather whether they should be granted.

When colleges around the country become scenes of hostility and mayhem they should be called out as failures for their primary mission. Education is meant to create character. It demands open inquiry and respect, even when there is vehement disagreement.

As we celebrate Shavuot and enter the season of commencements, let us remember that they represent our aspirations for greater fulfillment, for ourselves and for the world roundabout us. And the truths given to us at Sinai are required for success.