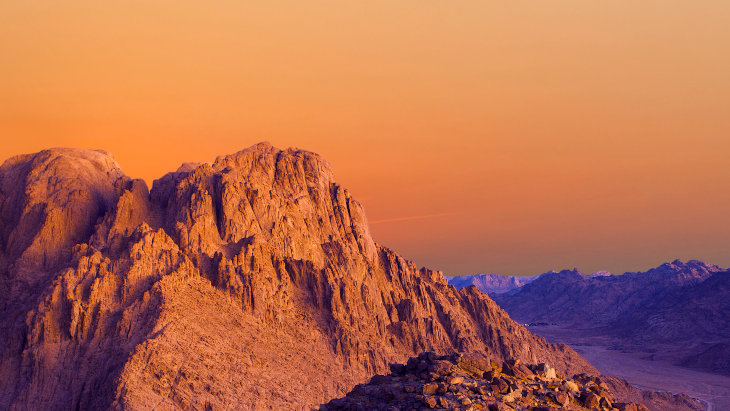 Perseverance is what will bring us to Mars this summer. And it's the crucial trait we need for our spiritual journey as well.

Together with Jews around the world I’ve been busy since Passover counting the days. No, I don’t mean how long I’ve been confined to my home or how many weeks it’s been since I was able to pray in a synagogue. I’ve been fulfilling the mitzvah to count the 49 days between the holiday marking our deliverance from Egypt to the magnificent moment when we received the Torah on Mount Sinai.

The Counting of the Omer is a meaningful way to link the festival of freedom with its ultimate purpose of receiving the Torah on the holiday of Shavuot. The midrash compares it to a bride counting the days from her engagement to the ultimate joy of her wedding. The count expresses our anticipation of our marriage to God under the chuppah of Mount Sinai which miraculously hovered over our heads as we listened to the thunderous voice of the Almighty proclaiming the 10 Commandments.

Interestingly, the name selected by NASA for its next rover headed to Mars expresses the key lesson we need to take to heart as we prepare to receive the Torah.

NASA is the scientific embodiment of the human effort to transcend our earthly limitations. Somehow, from the depths of our souls, we know there must be more than the globe on which we live. The profound quest for probing the mysteries of the universe is testament to our spiritual awareness of a greater universe – and of a Divine creator.

NASA’s missions deserve names worthy of their historic significance. In its early years, NASA failed this challenge. The seven landers to survey the surface of the moon between 1966 and 1968 in preparation for the landings of Apollo astronauts were simply the word Surveyor followed by a number. The probes that flew past Mars, Venus and Mercury were Mariner 1 through 10, and Viking 1 and Viking 2 were the rockets that NASA successfully landed on Mars in 1976.

Then NASA had a great idea. Beginning with the Pathfinder mission in 1997, NASA turned to schoolchildren with a naming contest. In 2003, the choices of Sofi Collis, a precocious nine-year-old who was born in Siberia, gave us the emotionally moving names Spirit and Opportunity because, as Sofi wrote, “I used to live in an orphanage. At night, I looked up at the sparkly sky and felt better. I dreamed I could fly there. In America, I can make all my dreams come true. Thank you for the Spirit and the Opportunity.”

This year as well, as NASA was completing plans for the Mars mission scheduled for the red planet this summer, a contest was held for children ranging from kindergartners to high schoolers. There were 28,000 entries and 155 semifinalists. The winner was a seventh grader from Springfield, Virginia. The winning name? One word: Perseverance.

Alexander Mather, in his winning essay, explained: “Curiosity. Insight. Spirit. Opportunity. If you think about it, all of these names of past Mars rovers are qualities we possess as humans. We are always curious and seek opportunity. We have the spirit and insight to explore the moon, Mars and beyond. But, if rovers are to be the qualities of us as a race, we missed the most important thing. Perseverance.”

Perseverance is what will allow us to reach beyond our physical limitations – and get closer to God.

How do we make the trip from Egypt to Sinai, from the confines of physical bondage to the soaring liberation of holiness? It is not easy to reach the top of a mountain. Living up to the demands of Mount Sinai is a harder climb than reaching the top of Mount Everest. It requires commitment. It requires dedication. But most of all it requires perseverance. Benjamin Disraeli summed it up best: “Through perseverance people win success out of what seemed destined to be certain failure.”

That is the real meaning of counting the days until Shavuot. It is fascinating that the very name of the holiday commemorating our acceptance of the Torah is a word that does not mention the event of that day but rather the preparation for it in the days preceding. Shavuot means weeks – the weeks of perseverance leading up to it which make our commitment to Torah possible.

How can every one of us achieve the ideal of lives committed to holiness, of lives exemplifying the best and the noblest as defined by God himself? It is by way of the one word, perseverance, that will take us to Mars – and beyond that, to Heaven itself. 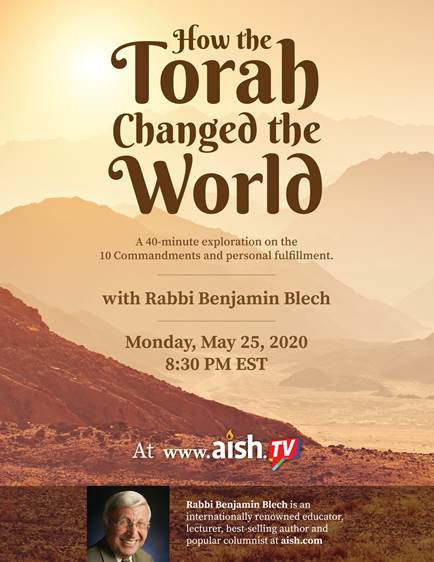 The Good Gene
Bechukotai 5782: Divine Retribution
Behar 5782: Working to Live or Living to Work?
The Wholeness of Being Broken
Comments
MOST POPULAR IN Society
Our privacy policy