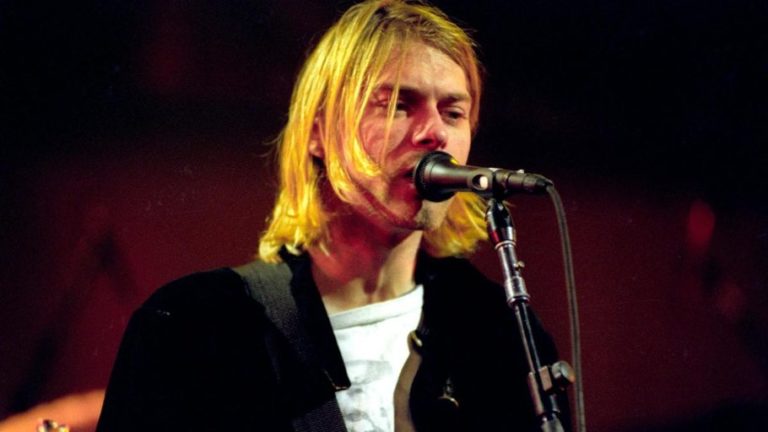 Some readers were upset at Aish.com for posting a quote in the Daily Quote section that they found insensitive, offensive, irresponsible and dangerous.

The quote was from Courtney Love, the wife of American musician Kurt Cobain, who many years ago said the following about her husband’s tragic suicide: “Kurt Cobain had a lot of German in him. Some Irish. But no Jew. I think that if he had a little Jew he would have stuck it out.”

"I am shocked that you would post something so insensitive on your website as the quote from Courtney Love about her husband's suicide having something to do with his not having any Jewish blood. To suggest that Jewish people are somehow immune from depression and suicide is not only patently false, but painful and offensive to the families of JEWISH people who have committed suicide and to the many many JEWISH people suffering from mental illness. This is ignorant, hurtful, and dangerous."

Firstly we apologize for hurting anyone’s feelings, especially families who have had to cope with mental illness and suicide. That was the furthest thing from our minds and we are sorry for being insensitive.

Of course Jews are not immune from mental illness! (Sadly, read the article about Anthony Bourdain’s suicide.) Aish.com never asserted such a ridiculous notion. And many of the negative comments we received assumed certain intent and messaging that are wildly speculative and have no basis in fact. In any case, it is clear the quote has been seriously misunderstood and misconstrued, and it has been taken down.

Why was it posted in the first place?

Because Courtney Love’s shocking quote is thought-provoking and mysterious, and worth thinking about. What on earth did she mean? What does being a Jew have to do with any of the torment her husband went through? Why bring the Jews into this?? Instead of dismissing her quote out of hand, stop for a minute and try to think what could she have possibly meant? Even though it is unreasonable to assusme that if he “had a little Jew [in him] he would have stuck it out”, what is it about being Jewish that Love was referring to?

So the quote was posted because it triggered a thought-provoking question that encourages people to think about the meaning of being Jewish.

I raised this question at my Shabbat table yesterday, curious to see the reaction and hear the responses. We had many guests from all backgrounds – religious and not religious, Israeli and American. Everyone was surprised by the quote and became more intrigued as they thought about the possible meaning of her words.

Two ideas were raised: After attaining enormous success and fame, being Jewish may have given him the awareness of further goals to pursue in life, and therefore more reason to go on living.

And the second, for thousands of years, the Jewish people have persevered through slavery, exile, persecution, pogroms and genocide – forging on with purpose and meaning, despite overwhelming pain and periods of darkness. Perhaps somewhere in our Jewish DNA is a resilience that helps us overcome challenges and personal pain.

I don’t know what Courtney Love was thinking. But for some unaffiliated Jews who are big Nirvana fans, her surprising quote may trigger a question: What does being a Jew have to do with it?

Well that was the intention. Apparently it didn’t translate and we sincerely apologize for missing the mark with this one.

Judaism Doesn’t Belong in a Museum

Give Peace a Chance

A Chaplain's Compassion
What Makes Eli Run?
The Tyranny of Materialism
Science Enters the Mysterious Inner World of Consciousness
Comments
MOST POPULAR IN Israel
Our privacy policy