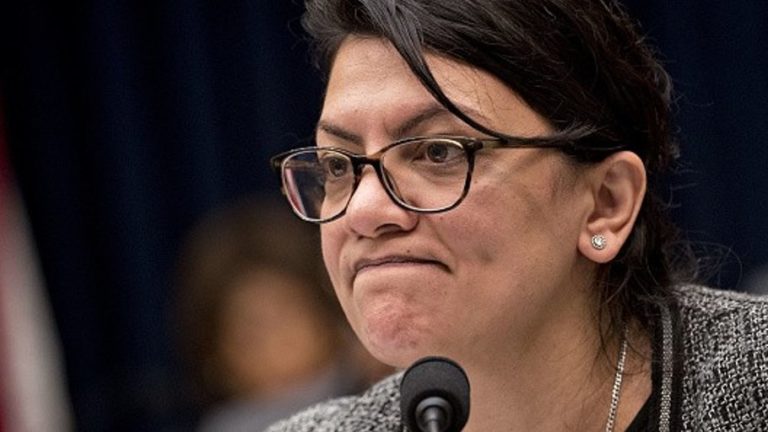 A Twitter war broke out this week when Rep. Rashida Tlaib – a vocal supporter of the anti-Semitic BDS movement – said that the Holocaust gives her a "calming feeling" because Palestinians provided a "safe haven" for Jews.

While some interpreted her words as “celebrating” the Holocaust, closer inspection reveals that Tlaib’s true crime is a perversion of a different kind: the attempt to “credit” Palestinians with noble sacrifice to save Jews from persecution.

Historically and factually, Tlaib’s statement is wrong on many levels. Let’s unpack her words to expose four blatant lies.

The suggestion that Palestinians deserve credit for creating a Jewish “safe haven” is ludicrous, given the decades – before, during, and after the Holocaust – of unrelenting Palestinian violence and terror and the murder of thousands of Israelis including Holocaust survivors.

Palestinians devoted great resources to making the land as uninhabitable for the Jews as possible, repeatedly trying to destroy the Jewish state through military attacks, economic and cultural boycotts, and diplomatic isolation.

No, Rep. Tlaib, it is not true that Palestinians were the noble saviors of Jewish refugees. Rather, they actively opposed the "safe haven." Israel has prevailed and prospered, not because of Palestinian actions, but in spite of them.

Tlaib’s claims are further belied by the historical record which shows massive Palestinian pressure to prevent immigration of Jews fleeing the Nazi inferno.

In 1939, in response to violent Palestinian opposition, the British occupational government enacted harsh measures to restrict Jewish settlement in the Holy Land. This “White Paper” – issued in the wake of Kristallnacht – limited immigration to some 10,000 Jews annually, at the very time that millions of Jews were being targeted for genocide and desperate to find refuge.

[The British government eventually "conceded" to a still-paltry quota of 15,000 Jews for a few years, after which no further Jewish immigration would be permitted without Palestinian consent. Ironically, Palestinians rejected the White Paper on the grounds it was not harsh enough.]

Take no pride, Rep. Tlaib. The Palestinians were by no means welcoming of Jews as you suggest. Had Palestinians not opposed Zionism at every turn, European Jewry would have had a place to flee and millions of lives might have been saved. For Palestinians, this is a bloody badge of shame.

(3) Loss of Life and Livelihood? No – Health and Economic Boon.

Rep. Tlaib claims that in the process of creating a Jewish state, Palestinians suffered the loss of life and livelihood.

In actuality, the Palestinian population grew rapidly in proportion to the higher standard of living created by the Jews who brought improved agriculture, education, and health care to the region.

British historian Martin Gilbert estimates that tens of thousands of Arabs immigrated to Palestine in the 1920s and ‘30s, attracted by the economic opportunities that Jews – fueled by Western capital and technology – made possible.

At the time, Muslim leaders like Sherif Hussein understood how this Jewish return to their homeland would revive the region to the Arab’s benefit. “The resources of the country are still virgin soil and will be developed by the Jewish immigrants,” he declared.

Rep. Tlaib, history proves that by all metrics, the regeneration of the land, the population growth, and the standard of living soared only after Jews returned in massive numbers. The infant mortality rate among Palestinian Arabs was cut in half, and life expectancy was doubled. Palestinians became the most educated Arab population in the Middle East, with a literacy rate of 91%; seven Palestinian universities exist where previously there were none. These are the facts. 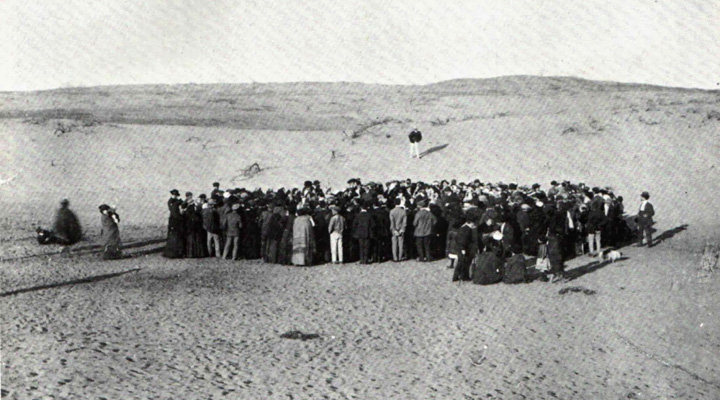 Tel Aviv was founded on a sand dune in 1909, and today is a global tech and cultural capital.

(4) Holocaust Rescue? No – Collaboration with Nazis.

How ironic that Rep. Tlaib characterizes the Palestinians as heroic creators of a safe haven for Jews, given the fact that Palestinian leaders during the 1940s were avowed and active partners in that very same Holocaust.

The undisputed leader of Palestinians during the Holocaust, Mufti Haj Amin al-Husseini, closely collaborated with the Nazi genocidal machine:

After the war, Husseini was elected President of the National Palestinian Council, setting an example for future villains like Palestinian Authority president Mahmoud Abbas – whose doctoral thesis is a tome of Holocaust denial referring to the "fantastic lie that six million Jews were killed,” and the claim that Hitler did not kill any Jews until David Ben-Gurion provoked him into doing so.

Does there remain even a shred of credibility to Tlaib’s words? 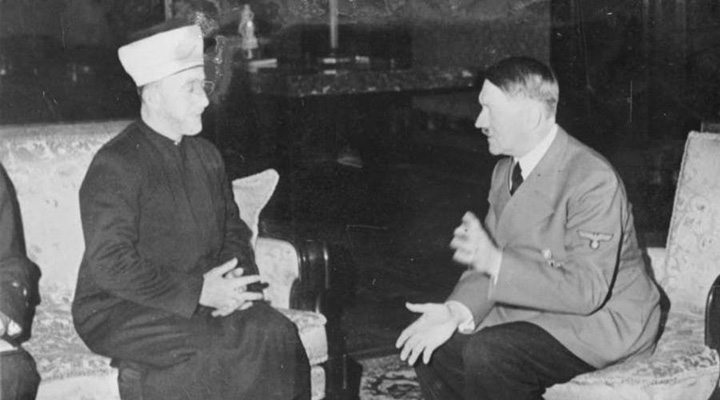 Tlaib’s comments are especially harmful amidst the current swell of anti-Semitism in the U.S. – synagogue shootings; attacks in the streets; and elected officials claiming that Jews buy Congress and have dual loyalty. Just this week, a Muslim religious leader who compared Israel to the Nazis delivered the invocation in Congress.

Perhaps most disingenuous of all, Tlaib wraps everything into a package of “Palestinian victimhood“ – the classic technique of asserting that Palestinians are innocent martyrs who paid the price for European anti-Semitism. In truth, Palestinians are the perpetrators of their own suffering – not the victims of it.

Yet Tlaib remains defiant, knowing that trumpeting these patently false statements is a way to confer a modicum of legitimacy and shift the public discourse. In the face of widespread criticism, Tlaib declared: “All of you who are trying to silence me will fail miserably.”

No, Rep. Tlaib. We will not remain silent. We will expose your words as gross distortions of history. We will hold Palestinians accountable when they are perpetrators of their own suffering – not the victims of it. And whether in the media, on Twitter, or the halls of Congress, we will call out anti-Semitism whenever we see it.