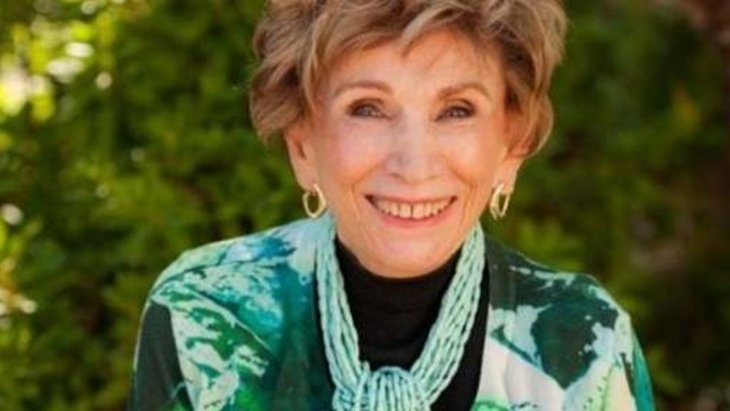 Dr. Edith Eva Eger, a Holocaust survivor and trauma expert, channels her experience to help others learn to move past suffering.

Like many Holocaust survivors, Dr. Edith Eger could not speak to anyone of the nightmare she had endured at the hands of the Nazis. Against all odds, she and her older sister Magda survived nearly one year in Auschwitz, another month in Mauthausen, and a death march to an outpost of Mauthausen called Gunskirchen. By the time the Allies entered these unspeakable killing fields, Edith was close to death. Her disease-riddled body weighed only seventy pounds. Her back was broken. She was left for dead in a pile of corpses.

When the Americans arrived at the camp, one of the shocked GIs called out to the hundreds of slack bodies and asked, “Raise your hand if you can hear me.” Summoning her last jot of strength, Edith, then seventeen, managed to raise her hand a few inches, imagining she was performing an arabesque from her former days as a ballet dancer. A silent declaration that she was, if only barely, among the living.

Even in Auschwitz, there were choices: to be a giver or a taker, to be kind and ethical, or to only look out for oneself.

Edith and Magda knew that their parents had been killed on their first day at Auschwitz. With a flick of Mengele’s finger, the parents were sent to the left; the girls to the right. Their eldest sister, Klara, had stayed in Budapest when she heard rumors that the Nazis were about to round up the Jews in their town of Kassa, Hungary. Had Klara survived the war? Edith and Magda had no idea.

Bereaved, frail, and penniless, the sisters began to try to build a new life. They were overjoyed to discover that Klara had in fact survived the war. Still, flashbacks, panic attacks, and acute survivor’s guilt kept them both imprisoned in their nightmarish past. Today, more than seventy years later, Dr. Eger is still triggered by the sound of sirens. 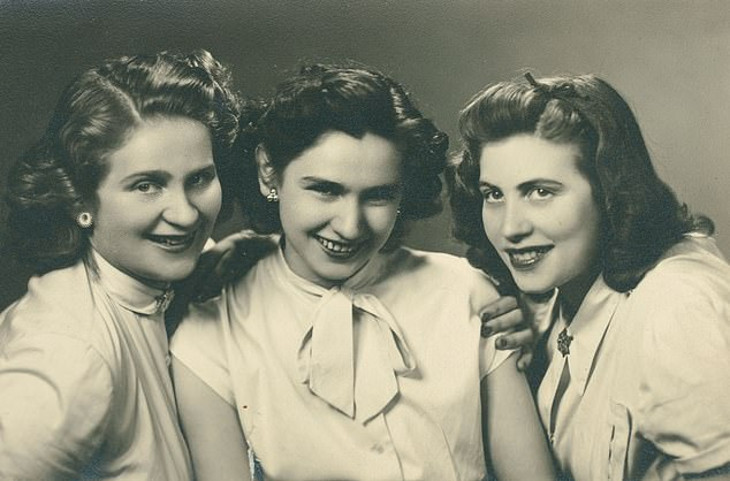 From left: sisters Klara, Edith and Magda in 1946.

It took decades before Edith Eger realized she had to face the rage and grief that had roiled her emotionally since the war, taking a toll on her closest relationships, including her marriage. By the time she chose to stop hiding her secrets, she was already a successful clinical psychologist, having earned her Ph.D. at the age of fifty. Her education, insights, skill and personal experience with trauma have made this petite Hungarian grandmother a nationally renowned expert in both post-traumatic stress disorder and resiliency training. Branches of the U.S. military have brought her in as a clinical expert to treat soldiers, including Special Operations Forces, suffering from PTSD and traumatic brain injuries. At ninety-one, Dr. Eger maintains an active clinical practice in San Diego, California. 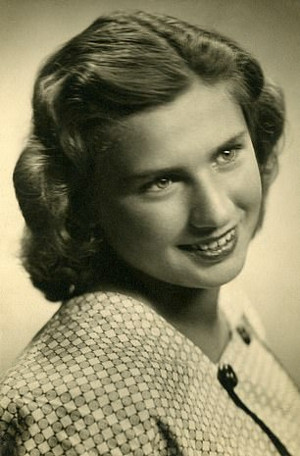 She has also written a riveting and extraordinary book about her riveting and extraordinary life, The Choice: Embrace the Possible. The memoir recalls her traditional Jewish family life in Hungary, and its abrupt end when the Nazis stormed through their doors during Pesach in 1944. Her recollections of life in Auschwitz are chilling, yet they are also inspiring because of Edith’s realization that even in Auschwitz she had choices: to be a giver or a taker, to be kind and ethical, or to only look out for oneself. She and Magda remained inseparable, protecting one another and taking risks for one another from their first day as prisoners to their last.

The last section of the book includes case studies from her practice, where readers can appreciate Dr. Eger’s style of total, compassionate acceptance for patients struggling with many types of issues. The “sneak peek” into these sessions poignantly demonstrates the combination of empathy and prompting so that patients realize they must take responsibility for their lives.

“We can find meaning in suffering and turn it into an opportunity to discover something within us that we never thought possible,” Dr. Eger said in an interview with Oprah Winfrey. “I am not a victim. It’s not my identity. I’m a whole person who can have joy and passion today instead of living as a hostage of the past.”

After their liberation, Edith and Magda required months of physical healing. Magda was physically weak but full of rage, wanting to exact revenge on any German she could. Edith didn’t share that rage, but knew she was in a psychological limbo:

“I will have to find my own way to live with what has happened,” she writes. “I don’t know what it is yet. We’re free from the death camps, but we also must be free to—free to create, to make a life, to choose. And until we find our freedom to, we’re just spinning around in the same endless darkness.”

Edith married another survivor, Bela Eger, whom she met in a hospital in Austria where both were being treated for tuberculosis. Edith was nineteen, Bela a decade older. Her post-war life went from rags to riches to rags again in very short order. The Egers were an extremely wealthy family, living a mansion with many servants, but the Communists had taken control of post-war Hungary and arrested Bela without warning. At only twenty, with a baby in her arms, Edith bribed the prison guard with a glittering diamond ring. Moments later, she and Bela walked out of the prison and directly to the train station, escaping from Hungary with only the clothes on their backs. In the United States, where they had been granted refugee status, they performed menial labor to survive the early years.

The Egers slowly gained their footing. Bela eventually became an accountant, and he and Edith eventually had three children. Edith enrolled in college and became a schoolteacher, yet despite her success in the classroom, she didn’t feel she had found her professional calling. In 1966, when she was nearly forty, she began another degree program in psychology. One day, a young student who had guessed that Edith was a survivor offered her a copy of Viktor Frankel’s book, Man’s Search for Meaning. Holding the slim book in her hand filled her with dread. She writes, “Why would I willingly return to hell, even through the filter of someone else’s experience?” The book’s presence in her book bag at home unnerved her, and after midnight she opened it and began to read.

It was a transformative moment. In reading Frankel’s account, Edith realized, “I am staring directly at the thing I have sought to hide. And as I read, I find I don’t feel shut down or trapped, locked back in that place. . . For every page I read, I want to write ten. What if telling my story could lighten its grip instead of tightening it? What if speaking about the past could heal it instead of calcify it? What if silence and denial aren’t the only choices to make in the wake of catastrophic loss?”

She and Frankel began a correspondence, and he remained a mentor throughout her education and career. For her Ph.D. dissertation, she conducted interviews with other Holocaust survivors, “laying a foundation for my own healing to come,” and discovering her own “personal conviction and clinical touchstone: we can choose to be our own jailors, or we can choose to be free.” 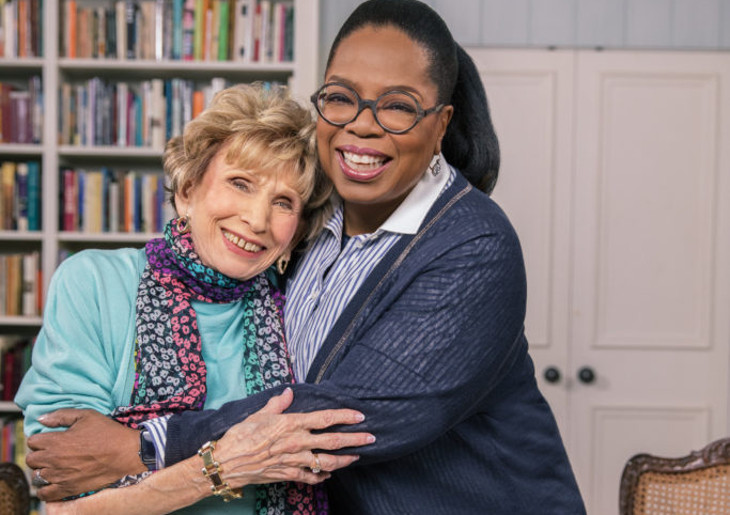 Dr. Frankel’s famous statement that we cannot choose what happens to us, but we can choose how we respond to it, resonated strongly with Dr. Eger. On their first day in Auschwitz, Edith and Magda were stripped naked and their heads shaved. Magda, who had always prized her looks and ability to capture the attention of admiring males, turned to Edith and asked, “How do I look? Tell me the truth.”

Edith could not tell her sister the truth, that she looked like “a mangy stranger,” so she searched for “the impossible answer, a truth that doesn’t wound. I gaze into the fierce blue of her eyes and think that even for her to ask the question, ‘How do I look? Is the bravest thing I’ve ever heard. She is asking me to help her find and face herself. And so, I tell her the one true thing that’s mine to say.

Dr. Eger’s personal survival as a prisoner of war gives her an added authority when she speaks in front of audiences of Navy SEALs, combat soldiers recently returned from battle, and others who deal with life and death issues, such as oncologists and cancer patients, others facing end-of-life issues, and even at-risk youth. At each gathering, she repeats what her mother told her the day they were taken by the Nazis: “We don’t know where we’re going, we don’t know what’s going to happen, but no one can take away from you what you put in your own mind.”

Dr. Eger used to ask herself, “Why me? Why did I survive?” But over the years she has learned to ask a different question: “Why not me? What is mine to do with the life I’ve been given?”

The Choice: Embrace the Possible, is Dr. Edith Eger’s latest achievement in a life dedicated to healing.