How You Can Defend Israel 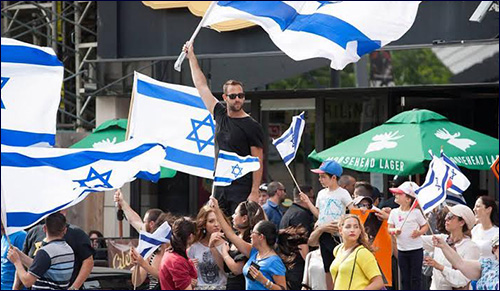 We put together a successful Israel rally. You can make a difference too.

Does it frustrate you to know that according to recent polls most of your neighbors see no real moral difference between Israel and Hamas? Or that while anti-Israel protesters assemble freely in cities around the world, people who publicly stand up for Israel in Canada, the U.S. and Europe have been harassed and even abused by swarms of thugs?

I felt frustrated and helpless sitting in Toronto doing nothing to make a difference while Israeli soldiers were risking their lives – and some dying – to defend the Holy Land.

Until my wife and I decided to take urgent action and try to make a difference.

Within an hour, we had called an open meeting of friends of Israel, and 48 hours later nearly 70 people were in attendance, widely ranging in age, religious observance (some were not Jewish at all), and political affiliation. We had come together to organize pro-Israel rally and work together to make a difference. We named our group “Canadians for Israel.”

With the full backing and blessing of Rabbi Ahron Hoch of Aish HaTorah’s Village Shul – a synagogue which has imbued within both of us a sense of obligation and empowerment to help the Jewish people – our group took action.

Four days after our initial meeting, we planned and executed a rally that attracted wide media attention and more than 2,000 attendees from across the city. 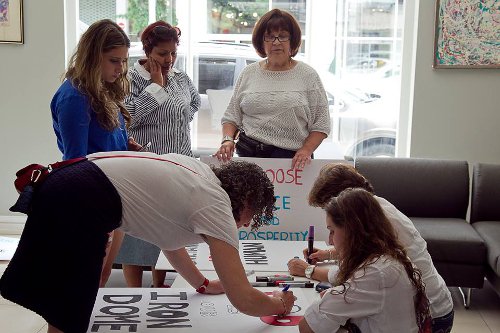 The rally featured speakers from across the political spectrum, as well as members of the Muslim and Christian communities, a prominent rabbi in the city, as well as grassroots activists. In fact, the Canadian Prime Minister, Stephen Harper, a great friend of Israel, even sent us a personal greeting congratulating us on the event.

We featured a 15-second siren – the type that citizens of southern Israel know all too well – that simulates an incoming rocket, to help attendees understand what life under terror feels like.

How did we do it, without a budget, without formal organizational backing, and in only a few days?

I would like to share with you some of the ways in which this event came to fruition, and how others can try to emulate its success:

My wife and I had been reading the news reports of Jewish people all over the world being harassed for their support of Israel. We needed to show that friends of Israel cannot be afraid and to publicly demonstrate the strength of our convictions.

I sent out emails and Facebook messages to all my relevant contacts. I didn’t know what kind of turnout I could expect on such short notice, but I also knew that there would never be a perfect moment and a perfect time-frame for this meeting.

Although each successive deadline we had to meet (permits, speakers, sound equipment, security) was met with no time to spare, we realized what an incredible amount we could accomplish when there was simply no other choice – it had to be now. We could not afford to wait. 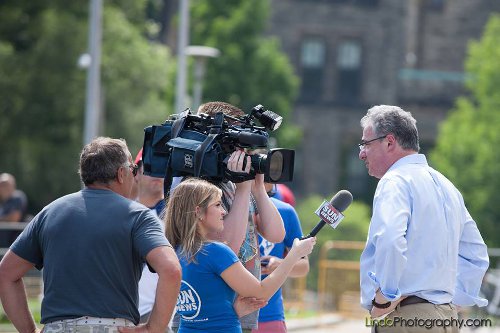 2. Get the ball rolling now and solicit help

Fight the internal resistance to ideas that you’ll come up with. Part of me was worried, “This is too much for you!” but I didn’t let my inner negative slow me down. My wife and I realized that we weren’t capable of organizing a rally on our own, so we solicited help and got a team together and we knew it could be done.

An important lesson from this rally is that if one wants something done, they need to start the ball rolling. Sometimes that’s all that’s needed.

When planning any large or small scale event, there are going to be roadblocks and issues that cannot be foreseen. The ability to roll with the punches and keep moving when these issues arise is essential to any group’s success. We are a small and nimble group of friends of Israel who want to make a difference, and we have our first success.

And now, with the rally barely behind us, work has already begun on new programs, events, and outreach efforts. Our work has just begun. 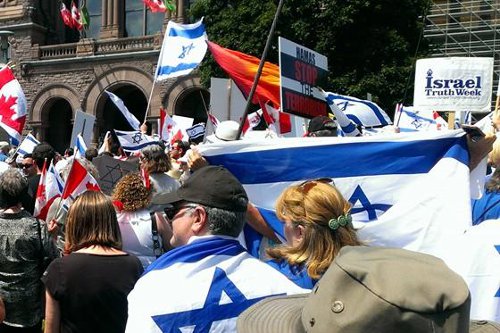 What Are You Going To Do?

With Israel under daily rocket attack from Hamas terrorists in Gaza, and hostile world opinion facing it, Israel needs every friend it has to feel a personal responsibility to protect it in every way that we can. No project is too large, and no person is too small to start a ripple effect that can cause significant change.

I encourage every reader to sit down and brainstorm what needs to happen to support Israel in its fight for its existence. And don’t do it alone; get a team together and start brainstorming. You’ll be amazed by the ideas you come up with. Pick the best one and make it happen!

You have the power to change the world. 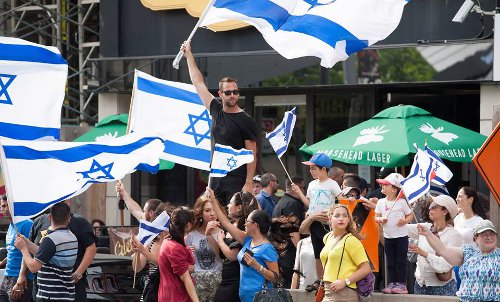 Mensch of Malden Mills
Olivia Newton John’s Grandfather was a Nobel-Prize Winning Jewish Physicist
Don’t Believe in Other Gods Versus God is One
Seeing Without Eyes
Comments
MOST POPULAR IN Current Issues
Our privacy policy
Aish.com Is Looking for Great Writers