Queen Esther, Corona, and Being Single 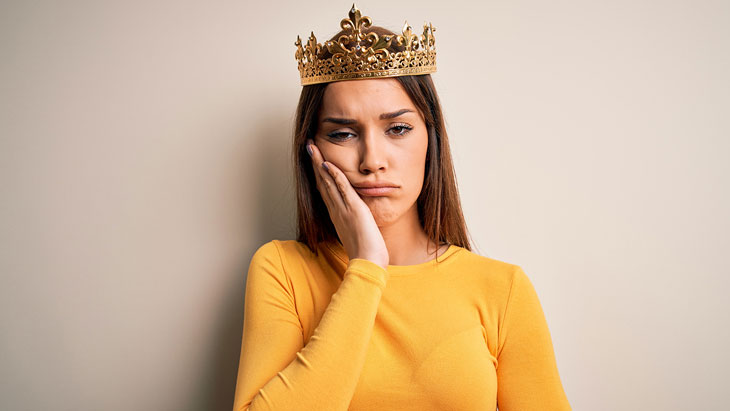 Finding some light in an adverse situation that we have no control over.

Imagine: Four years of quarantine, taken forcibly from her home, away from her beloved Mordechai, the only family she’d ever known. Esther was gathered into a harem of women and waited four years to be summoned by King Ahasuerus.

As a single woman, for me the Purim story is the epic sacrifice of one woman rising to the challenge of a situation she never thought she would be faced with. Esther was a woman just like the rest of us, with hopes and dreams, who was coerced into a situation she had no control over.

It gives our fraught current situation some perspective. Many of us had plans and dreams of moving forward during the past year and we have no idea when we’ll be able to resume them. Being single is already a time rife with loneliness and isolation, and the pandemic has forced us to face a level none of us singles ever thought we would be presented with. Many of us have had to spend more time on our own and even holidays by ourselves.

Sometimes it seems that there’s a glimmer of hope on the horizon and other times it seems as if this period is unending with constant twists, turns and surprises around every corner. It reminded me of Esther and the Purim story. Throughout the Purim story we never explicitly see God’s name mentioned, but we see His guiding hand throughout the turn of events. At first things seem bleak and then they go south, and things seems completely hopeless.

Haman, the king’s advisor, becomes obsessed with exterminating the Jewish people. Mordechai, Esther’s uncle, goes to her and says, “Do not think that you will escape the fate of all the Jews by being in the king’s palace. For if you will remain silent at this time, relief and salvation will come to the Jews from another source, and you and the house of your father will be lost. And who knows if it is not for just such a time that you reached this royal position.”

Esther had dreams and desires for her life just like any other woman – this was not the situation she envisioned for her life, married to a king bent on killing her people. At this penultimate moment God was giving her an opportunity to partner with Him in His bigger vision of reality. No, this was not the dream she desired, but it was an opportunity to step up and make her mark and Mordechai confronted her straight up.

We all have opportunities like this within the situations we find ourselves. Even this year during corona, even being on your own and single. One of my friends started a whatsapp group specifically for single women to contribute and help families and couples who were struggling during this time. Even though things might not be the way we envisioned or hoped they would be, we have an opportunity to partner with God and contribute to the bigger vision in a powerful and productive way.

Esther accepted the challenge, rose to the occasion and ultimately saved the Jewish people because she embraced the opportunity, despite her fears and loss. By the end of the story we see that everything that was looming as devastating for the Jews was flipped around 180 degrees for their benefit.

No, things didn’t turn out for Esther the way she envisioned, but there is always a bigger picture at hand and if we can stretch a bit to go outside ourselves and rise to the challenge we can make our mark in a unique way, no matter our circumstances.

The Worst Dating Advice I Ever Received

Good Enough?
For Every Individual, A Torah Scroll
Allegiance To The Monarch
Meet the Real You: Yom Kippur
Comments
MOST POPULAR IN Dating
Our privacy policy
Aish.com Is Looking for Great Writers