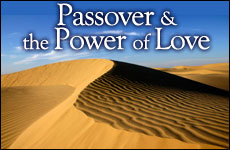 After the tragic death of my rabbi and Rebbetzin, my Passover memories are awash with saltwater tears.

It was five years ago, the week before Passover. We were living in Israel when the phone rang at dawn. It was my mother. I could hear the tears muted only by the distance between us.

I looked out at the Jerusalem dawn and felt my breath catch. Was I even awake? It sounded like a nightmare unfolding word by word as my mother told me how she was rushed to the Rabbi’s home at the crack of dawn on Shabbos, so that she could speak to the chief of police to prevent an autopsy. It couldn’t be. I thought of Rabbi Jacob Rubenstein with his clear, blue eyes and booming voice. His laughter and his wisdom. It couldn’t be. I thought of the Rebbetzin with her kind smile and quiet dignity. I thought of their children and grandchildren. I thought of my synagogue, the Young Israel of Scarsdale, bereft suddenly of its light, its center, its leadership. And it seemed so unfair. Right before Passover. When we were supposed to be preparing for freedom. For joy. For redemption.

And I suddenly remembered what Rabbi Rubenstein had said to me right after my grandmother died. He had watched me sit beside my grandmother since I was a little girl every Shabbos morning. He knew how I clung to her love and her strength. And he knew I was falling apart.

“It’s not fair,” I said, knowing as I said it that I sounded like a kindergartner who had lost her turn at the slide.

“No, it doesn't seem fair,” he had conceded as we stared at the rows of gravestones glittering in the summer sun. I wanted to turn back time. Get back what I had lost. Start over.

“But you know,” he continued, “that never stopped your grandmother. And it’s not going to stop you.”

I heard these words echoing through my living room that fateful morning as my household awoke, and the long to do list of the day began. A few days later, I woke early headed out to the airport with my children to pick up my mother and grandfather. It was the eve of Passover and families were reuniting in bursts of joy all around us. I stood with my children, all dressed for the holiday as they watched the passengers spill through the sliding door.

In front of us an elderly couple broke down in tears as their son walked towards them. “I thought this day would never come,” I heard the mother whisper in Hebrew.” I can’t believe you’re home.”

We moved away to give them space, but her words lodged inside my heart as I searched for my mother and my grandfather. When we finally spotted them, the children rushed forward in a flurry of ribbons and laughter and tiny, patent leather shoes echoing off the marble floor. I saw my grandfather next to my mother but somehow all alone. I saw him lift his great grandson into the air and the words came to me, unbidden and unwanted: It’s not fair. I want my grandmother back. I want to see her hold my son too. I want to see her stand again by my grandfather’s side. Throughout the drive home, the smell of spring wafted towards us from the fields as my mother spoke in soft whispers about the Rubenstein’s funeral.

At the Seder table that year, I thought of what Rabbi Rubenstein had said to me when I got engaged. “You know you come from a long line of tough women. Go easy on this guy.” He had seen the four of us on so many shabboses: my great grandmother, my grandmother, my mother and I sitting beside each other in synagogue like a wall made of prayer.

And at the chuppah when I encircled my husband, he told me: “Pray for love. Only God can give us the power to love. Now is the time to pray for love.” And I did. I made circles of prayer, as the sun set and the walls of the chuppah seemed to melt into the water behind it.

The next time I go back to Scarsdale, I look for the Rebbetzin who always sat in the front row. I search for Rabbi Rubenstein beside the Aron. I know that I shouldn’t, but I look for them anyway. The morning sun filters through the windows and falls in pools of light onto the soft carpeting. I look for my grandmother’s seat, and I see an unfamiliar face sitting there. I look for home, but it is long gone. I want to turn back time. Start over. Get back what I have lost. But that’s not what He wants from me now.

Every year at this time, I feel the grief of that moment. Coming home and finding aching gaps that will never quite be filled again. But this is the week that I also remember my beloved Rabbi’s words: Life may sometimes seem unfair, but that’s not going to stop you. That’s not what He wants. Pray for love. Only God can really give us the power to love.

And sometimes at dawn at this time of year I can almost hear Him whisper: I thought this day would never come. I can’t believe you’re home.

In memory of Rabbi Jacob and Deborah Rubenstein

A Kiss from Above
Near Death Experience Panel
The Western Wall: The Heart of the World
Ask the Right Question: Tisha B’Av
Comments
MOST POPULAR IN Spirituality
Our privacy policy
Aish.com Is Looking for Great Writers