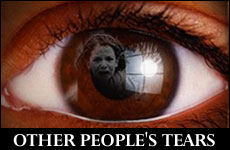 "I don't care how you view the Disengagement politically," I thundered into the phone at my American friend, "but how can you not be devastated by 9,000 Jews losing their homes, their jobs, their whole way of life?"

It was three weeks since the images of weeping Gush Katif residents being led -- or carried -- away from their homes had sent me into paroxysms of grief, but, like most of my Israeli friends, I was still smarting. Every day my email carried pleas -- for diapers, snacks, or sweaters against the Jerusalem chill for the refugees, many of whom had left with only the clothes on their backs. I hung up the phone indignant at my American friend's apathy to their plight.

I sat down at my computer, clicked on my internet news, and read the horrifying reports about flooding in New Orleans in the wake of Hurricane Katrina. I read about families stranded on their roofs, the chaos in the Superdome, and the anxiety of evacuated New Orleans residents who had no idea if their homes still stood. "This is terrible!" I muttered to my husband, shaking my head. Then I got up, made myself a late-night snack, and went to bed.

Why was I devastated by 1600 families losing their homes and jobs in Gush Katif, but not by the tens of thousands of families rendered homeless and jobless in far-away New Orleans?

Where was my empathy? Why was I devastated by 1600 families losing their homes and jobs in Gush Katif, but not by the tens of thousands of families rendered homeless and jobless in far-away New Orleans? Physical distance had conspired with an existential difference between me and the residents of New Orleans -- even the Jewish residents -- to leave me feeling concerned, but not disconsolate.

Even the most sympathetic people fall into the trap of callousness toward other people's suffering.

A few weeks before the Disengagement, I received an item on my cell phone news. Some 15,000 Israeli families who had failed to keep up with their mortgage payments during the desperate downturn in the Israeli economy faced foreclosure by their banks. In 2004, nearly 3,000 families had actually received eviction notices -- almost twice the number of families who, at that juncture, stood to be evicted from Gush Katif.

Where was the outcry for those families? Their plight was similar to the residents of Gush Katif, but the people themselves were so different -- politically, religiously, and socially. While many of my friends were vociferously doing everything they could to stop the eviction of 1,600 Gush Katif families, nobody I knew mentioned nor cared about these 3,000 destitute families* who similarly stood to lose their homes, without the benefit of a supportive community and an entire sympathetic camp who would rally to their aid.

It's human nature to empathize with others only to the extent that we identify with them. Had I had an elderly parent in a nursing home anywhere, the reports of bloated corpses in New Orleans nursing homes would have driven me to tears. Lacking such an identification, I read my internet news, shook my head, and went about my business.

Even Jewish residents of Houston, who extended a generous helping hand to Jewish refugees from New Orleans, remained on the other side of the empathy divide until the approach of Hurricane Rita flung them into the same position.

As Barbara Raynor, a staff member of the Jewish Federation of Greater Houston, speaking on her cell phone during the pre-Rita exodus, told The Jerusalem Post: "It's very emotional, packing up your home for the unknown and deciding what to take with you... Now I get what happened to them [the Jews of New Orleans]. They talked about what happened to them, but you don't really understand it until you go through it yourself."

How is it possible to break the empathy barrier? To feel the pain of people we don't identify with? To weep for other people's tears?

One of the antidotes that Judaism offers is: plural prayer. Most of the Jewish liturgy is phrased in the first-person plural. In the most important Jewish prayer, the Shemona Esrai, we pray that God will grant us healing, livelihood, forgiveness, redemption, etc.

This is not just a literary convention. According to Jewish mysticism, all Jews constitute one collective soul. The spiritual reality of the Jewish People is that we are all cells in the same spiritual body.

To make collective prayer real, it helps to visualize a cross-section of the Jews whom one is praying for. For example, when praying for Divine wisdom, I visualize the doctors whose judgment can make the difference between life and death for their patients, the teachers whose approach can educate or destroy their students, the social workers, the engineers, the parents, the students, the writers, the lawyers, the musicians, etc., all of whom need that influx of Divine wisdom to properly fulfill their tasks.

The more one prays for all types of other Jews, the more one will empathize with them.

The Arizal, the great 16th century Kabbalist, recommended that when one prays in the Shemona Esrai for the world's complete redemption, upon reciting the words, "for Your salvation we hope all day," one should visualize oneself praying together with all Jews everywhere. This includes: Jews who are much older/much younger than you; Jews in Australia, Alaska, Hawaii, and Hungary; Jews politically to the left and to the right of you; Jews at every point in the religious spectrum from Hasidim to agnostics; and Jews who are despicably poor and brazenly rich.

(Jews also pray for all humanity, especially on Rosh Hashana and Yom Kippur. But if we can't succeed in the gargantuan task of identifying with all thirteen million Jews on the planet to whom we are spiritually related, it's unlikely that our identification with the other six billion people is totally real. Love moves out in concentric circles, one step at a time.)

The more one prays for all types of other Jews, the more one will empathize with them. Plural prayer breaks the empathy barrier.

Plural prayer is particularly conspicuous in the Yom Kippur liturgy. In the Shemona Esrai of Yom Kippur, the worshipper finds himself confessing to 44 sins: devaluing parents and teachers, speaking lashon hara (gossip), insulting others, breaking promises, acting arrogantly, etc. As the worshipper mentions each sin, he beats his heart in regret. In fact, confessing sins without truly regretting them is one of the 44 sins.

Now, I can feel remorse for 41 of these sins, but there are always three that I don't relate to at all: "stalking a fellow Jew," "taking a vain oath," and "joining a lewd gathering." When, years ago, I asked how I could sincerely confess to sins that I have not committed, Rebbetzin Tziporah Heller explained that we confess in the plural, "For the sin that we have sinned before You..." Surely some Jew somewhere in the world has committed that sin.

This explanation left me in an untenable position. Some Jew somewhere in the world is participating in lewd gatherings, and I have to regret the sins of that low-life? The liturgy was forcing on me an identification that I didn't feel and didn't want.

Perhaps the greatest obstacle to empathy is our critical nature. The sentiment, "I would never do such a thing," builds a high wall between us and our relatives, neighbors, co-workers, and friends who do indeed manifest weaknesses that we do not share.

Think of a Jewish individual or group that you judge harshly. Then tear the wall down.

If, for example, you are such a paragon of honesty that you never even conduct private phone conversations on your boss's time, then how can you identify with co-workers who pilfer pens and envelopes from the office or executives who embezzle funds from the corporation? During the Yom Kippur service, how can you possibly pronounce the words, "We have stolen," and allow the plural pronoun to lump you together with pilferers and embezzlers?

Rebbetzin Heller explains our commonality with all Jews as follows:

Visualize the thief. What are his battles? He's possibly battling against his upbringing, his education (or lack thereof), his environment, and his own passion for acquisitions. And he's losing! Make no mistake: he's losing his battles; the Torah condemns his dishonesty. not the same as his battles, but if you have ever lost one of your battles, that's what you have in common with him.

Now think of your own inner battles. Have you ever lost a battle? Your battles are

One of the sins we confess to on Yom Kippur is judging others harshly. This Yom Kippur, perhaps on your way to synagogue, take time to think of a Jewish individual or group that you judge harshly. Then tear the wall down. Think of your own lost battles, and of theirs, and open your heart to a "we" that includes them.

This Yom Kippur, whether or not we're sufficiently familiar with the liturgy to pray Shemona Esrai, let's pray for all Jews everywhere. Let's cry for our own lost battles and for the lost battles of all other Jews. Let's weep for the suffering of all of us. As we plead in the final blessing of Shemona Esrai: "Bless us, our Father, all of us as one..." Because we are one.

This Yom Kippur, let's awaken to our shared identity. Among us there is no such thing as other people's tears, only our collective tears.

*Many of these 3,000 families were spared eviction through the legal efforts of Yedid, a charitable organization most of whose supporters are left of center.