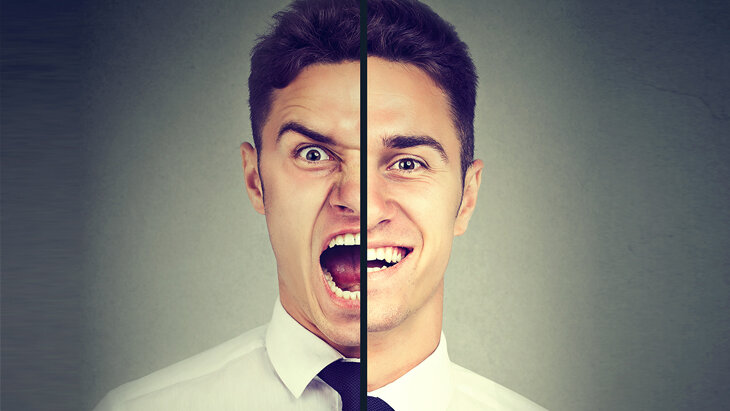 We counter evil with goodness, hatred with kindness, fear with courage and falseness with truth.

In "The Final Account", a soon-to-be released documentary, the youth of Nazi Germany are seen frolicking and laughing, their blond Aryan curls glittering in the sun. They march proudly, raise their hands in unison and shout, "Heil Hitler."

Director Luke Holland spent ten years catching up with those children who are now elderly adults. “I knew nothing,” insists one woman.

“Everyone knew! But no one said anything.” counters another, jabbing her finger in the air.

This is the last living generation of Nazi Germany, former S.S. members as well as civilians. When they die, will they take the stench of death and their testimonies with them?

What is incredible is how ordinary they all seem. They can be your next door neighbor, the man or woman sitting beside you on the park bench to whom you nod and say hello. But they have blood on their hands. The documentary forces us to confront responsibility, complicity, and the ease through which we descend into hate.

We’ve seen an uptick in anti-Semitism since the pandemic hit the world. Blood libels have been revived with Jews and Israel being blamed for Covid-19. Online platforms have become the newest forum to spread conspiracy theories and hatred against Jews. These past few years have seen anti-Semitic massacres in Poway, California, Jersey City, New Jersey and Monsey, New York as well as in Europe. Universities have been hotbeds for vocal protestors and graffiti glorifying Hitler, Nazi swastikas, and BDS slurs threatening to throw Jews into the sea. Students who express support for Israel feel intimidated. The simple act of putting up a mezuzah has brought vandalism and hatred. There is real fear.

According to a recent A.J.C. report more than half of Americans ages 18-29 said they did not know the meaning of the word ‘anti-Semitism’. In 2018, two thirds of millennials had no idea what Auschwitz was.

To counter anti-Semitism we must understand that the Nazis were regular people who got caught up in the frenzy of vicious hatred toward the Jew.

This is not ancient history. We are speaking about my parents and grandparents, shoved into cattle cars with no air to breathe. We are speaking about my bubby whose name I carry. She was last seen holding her baby grandchild in her arms walking into the flames of the gas chambers, with the Shema on her lips. The silent cries of too many souls still call out to us to remember them from the stained earth. And now they are even stripped of their memory.

To counter anti-Semitism we must understand who the Nazis were. They were regular people who got caught up in the frenzy of vicious hatred toward the Jew. Adults and children read the propaganda, watched the media, turned off their conscience and turned into killing machines. Culture, art, music, science and education were no match for the loss of one’s soul. Man descended into the abyss of hell.

I am reminded of the terrifying moment my mother was rounded up, taken from her home along with her parents and two brothers. She was clutching her doll in her hands. The superintendent of the synagogue was there along with his little girl, with whom my mother would sometimes play. The super approached her. "They are coming to say goodbye," my mother thought.

He grabbed the doll out of her arms and handed it to his daughter.

“What are you doing?” my mother cried.

The man spit at my mother and laughed. “Where you are going you won’t be needing any dolls.”

Ordinary people. Ordinary lives. How did they sleep at night? When they looked at themselves in the mirror what did they see? How did they make peace with the piles of corpses, the mounds of hair and shoes, the final heartbreaking shrieks of a precious child, mother, and father, never to be heard from again?

I was asked to speak to a group of high school students in England via zoom on Yom HaShoah. I spoke with my heart. I asked that they take my message, my stories and the stories of my family with them. Never forget who you are, walk with dignity and pride as daughters of our people. I relayed the story of my Zaydie tenaciously keeping Shabbos alive in Bergen Belsen. "Remember that you are the angels of Shabbos," I urged, just as my mother taught us and our children. "No matter how dark the world becomes, you are here to kindle a light and illuminate the world with goodness."

Later in the day I had an appointment. A lovely young woman took my information and noticed my necklace, shaped like a flame. “How beautiful,” she remarked. “What is that?” I explained that I was given this necklace by my mother. It actually spells the Hebrew word ‘Hineni’, that means 'here I am,' written in the shape of a flame because my mother believed that within us is the spark of a soul waiting to be ignited.

“I love that. Is your mother still alive?” I responded sadly, no. She asked where my mother was from. “Hungary” I replied. “My mother was in Bergen Belsen.” As she was leaving the room she smiled and said, “That’s cool.”

She had no idea what I was talking about.

We are losing our sacred memory, our mission to live proudly as Jews. Our connection to each other, to our people, to our land, to our God are all being threatened with the loss of our collective awareness. We are all responsible to bear witness.

We dare not forget.

Let us remember that it is never just an innocent word, a mindless act, an ignorant slur. We counter evil with goodness, hatred with kindness, fear with courage and falseness with truth.