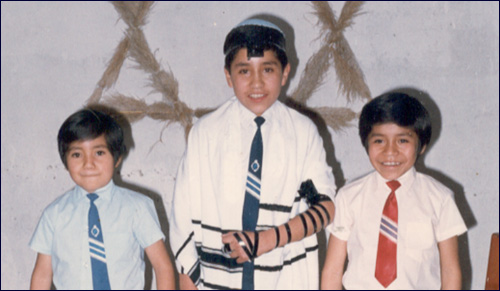 "We were native Peruvians, but everybody called us 'the Jews'."

Gamliel Shiloh has a unique Jewish name. "My parents named me after Gamliel, the president of the Tribe of Menashe that is mentioned in the Book of Numbers."

What’s remarkable is that his parents were Peruvian non-Jews, descendants of Indian tribes, living in the Andes.

"All of my family members were given names from the Torah,” Gamliel explains. “I even have an uncle named Esau!"

How did a Peruvian family from the Andes come to feel such a strong connection to the Torah? Shiloh explains that it all started with his grandparents who were devout Catholics – until they and some friends began to study 'the Old Testament' and found too many contradictions between the biblical commandments and the Christian faith.

They soon came of think of themselves as 'the people of Israel' since they strove to keep all the commandments given to the Jewish people.

"They left the Roman Catholic Church and started trying one protestant church after the other," says Shiloh. "In Cajamarca, the rural region we lived in, the more religious people were all protestants, and many of them were Mormons or Seventh-Day Adventists. Eventually my grandparents concluded that no Christian church was faithful to the original bible, so they just decided to follow the Torah, the Jewish Bible, as best as they could. They soon came of think of themselves as 'the people of Israel' since they strove to keep all the commandments given to the Jewish people." 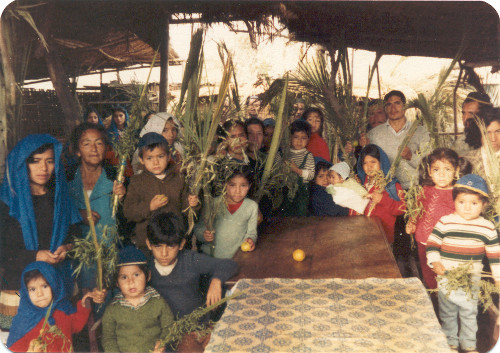 Adults and children celebrating Sukkot in the Andes

Gamliel Shiloh grew up in small village in Cajamarca, a region in the north of Peru, in the Andes Mountain Range. His family, along with two other families from their village, were among the leaders of the 'Torah-following' group. "We always knew we were different," he says. "Everybody called us 'the Jews'. But I don’t remember any hostility. The unpleasantness started only in high school, where every argument with my peers ended with 'you killed Jesus!'"

By that time, Gamliel and the rest of the men in the group were circumcised. When he was 13, the group leaders decided that circumcision was essential for people yearning to do God's will. "The local doctors refused to do it," he says. "We had to contact the Jewish community in Lima. The mohel we found explained to us that circumcision alone would not make us real Jews, that we needed to properly convert through a rabbinical court." 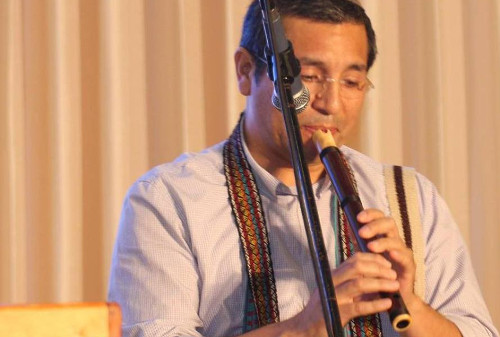 Establishing a relationship with the Jewish community of Lima took time and effort. The group felt the need for rabbinical guidance to interpret for them commandments which they couldn't understand. "I remember how we celebrated the Jewish holidays according to the Spanish translation of the Torah," says Shiloh. "During Sukkot, we built shepherd huts – because that was what the translation said. For Passover we baked matzos that were more like pitas. And then there were things we couldn't even guess: the word 'totafot' for tefillin (phylacteries), for example. Nobody could figure out what it meant."

Without access to the indispensable chain of tradition that comprises the Oral Law and all of its elucidations, they realized they could not correctly observe the mitzvot and follow Jewish law.

The Lima rabbi was initially suspicious. He kept trying to persuade Shiloh's parents and their friends that they shouldn't try to keep commandments given to the Jews. Their sincerity, though, ended up winning him over. He gave them a Kitzur Shulchan Aruch in Spanish (a book of Jewish law) and agreed to answer their questions.

We were like thirsty people who found water at last.

"The day we got the Kitzur Shulchan Aruch – we were so happy," says Shiloh. "We were like thirsty people who found water at last. Finally, we would know what we should do and how we should do it!"

The conversion process officially started after the information about the strange community of Torah-observing Peruvians reached the late Rabbi Eliyahu Avihayil, who dedicated his life to searching after the Lost Tribes of Israel. He sent a colleague to visit the community. "The man stayed with us for two weeks and filmed us constantly," says Shiloh. "At this point we had a synagogue and a Torah scroll – although it wasn't a real one, being printed instead of written by hand." 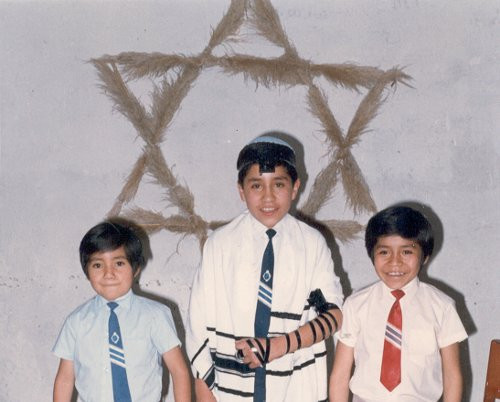 A Bar Mitzvah celebration in Peru.

The films and the report he heard convinced Rabi Avichayil that these Peruvians were sincere about converting. "Three Orthodox rabbis were sent to us. They acted as a Beit Din (Jewish court) and converted some of us."

Only the most devout converted through that first Beit Din, among them Gamliel Shiloh and his family. "That happened 26 years ago," he recalls. "We were the first group to convert. Four more groups have converted since."

Gamliel says, "Conversion was my personal exodus. I felt like I was leaving Egypt forever. Finally, we knew that now we were real Jews."

Like most of the new converts, the Shiloh family made Aliya to Israel almost immediately, "We are people of the Torah. We wanted to live in the place that is mentioned throughout the Torah, in Eretz Yisrael." The biblical connection also inspired them to settle in Samaria, in Elon More.

Converting is a great honor but also a great responsibility

Their lives in their new country weren't always easy. "For my parents it was especially difficult," he says. "My grandparents, they were already old. They just wanted to be in the Holy Land before they died. But my parents were well-off in Peru and here my father had to work in menial jobs to make a living. But they have never complained. My father keeps saying that spirituality is the thing that matters, and their spiritual quality of life is better here." 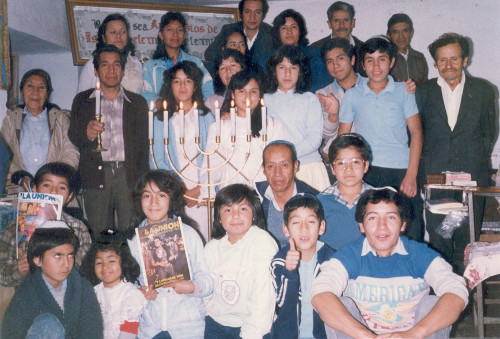 Lighting the Menorah in Cajamarca

Gamliel, who was 22 when he arrived in Israel, studied engineering and married a woman born and bred in Israel. His children are proud of their unique heritage, and with their encouragement he has started lecturing about his life story.

"In South America, they play a lot of football," he says. "When I talk to students, I tell them that for me, for all of us, converting was like being accepted into the national football team. It is a great honor – but you can never stop working, because it is also a great responsibility."

My Encounter with Hemingway

A Detour through Rwanda
Chukat 5782: Let’s Play the Blame Game!
The Sin of Moses: The Two Ways to Communicate
In Aftermath of Chicago’s July 4th Shooting, Local Moms Provide Countless Points of Light
Comments
MOST POPULAR IN Spirituality
Our privacy policy