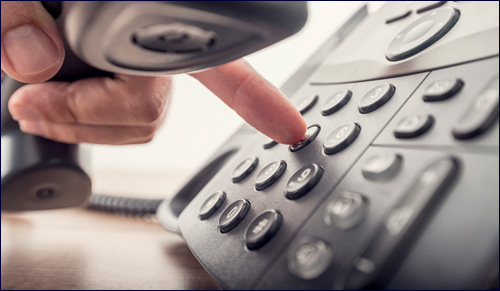 It was one the hardest calls I’ve ever made. And it turned out to be one the best.

From early on I felt wary of the new hire. Having left a well-paid private sector position, she was talented and confident and desirous of real responsibility within our Jewish non-profit. I was not ready to cede ownership of domains I considered mine. Neither of us were particularly graceful listeners. We began butting heads. Within months, we could no longer speak.

When our supervisor informed me that, due to my seniority and a few other considerations, he saw no choice but to ask her to move on, the sense of relief was palpable. I walked into the office that day and felt months of tension drain out of me knowing I would no longer need wrangle with her personality and preferences.

“You’re a rabbi,” I heard myself say, “whose goal is to teach Jewish wisdom about character development and harmonious relationships. Yet you couldn’t find a path forward with someone who cared enough to take a pay cut to help the Jewish community?” I didn’t have an answer.

Months passed. The feelings of shame and failure receded to background noise as I busied myself with new tasks and projects. Then fall arrived. Yom Kippur was coming; I needed to act. But my mind was a tangle of raw hurt, fear, and confusion.

“I wasn’t the only guilty party,” an inner voice raged, “don’t you remember what she said and did?”

“Yeah,” chimed in another. “If you apologize, she’s going to assume you accept total blame. Never!”

The voices were finding their groove.

“If you recall,” reminded another, “she had to move apartments after losing her job. You apologize and she’ll make you pay. ‘Oh, you’re so sorry? How about covering the moving costs you caused me!’”

I reviewed Maimonides’ code of law. Yom Kippur and repentance alone, he explains, help for transgressions between one’s self and God. Actions against our fellow require the additional step of making amends: apologizing, expressing remorse, finding a way to soften the hurt. Our job is to make a sincere effort; the other person's job is to be open, not to callously withhold forgiveness.

Yikes. I had to reach out to her.

What should I say? “Sorry for losing my temper”? I knew that in order to do proper teshuva, repentance, I would have to dig deeper and understand the root cause of my mistake: what allowed me to wander so easily into anger?

Then I remembered Adam and Eve. Our Sages make a fascinating observation about their failure. We typically link their exile from the Garden of Eden with their eating the forbidden fruits. But look carefully: when are they banished? Not after the eating. They do feel shame; they cloth themselves; they hide. But they’re still in the Garden.

God then confronts Adam, “Did you eat from the tree I asked you not to?”

“The woman that you gave me, she gave me to eat,” replies Adam.

“The snake gave me to eat,” replies Eve.

As I reached to pick up the phone, I could hear an inner voice screaming, “Don’t do this! You’re going to die of embarrassment!”

Wham - they’re banished. Yes, their disobedience is a problem. But even more so is their failure to take responsibility, their holding others to blame for their lapse. That's what caused them to banished.

Now I saw myself. I was really blaming her behavior for my anger. If she showed honor and deference, I felt respected. If she withheld it, I felt slighted. I realized that beneath my anger was my lack of taking responsibility for my anger and self-esteem.

I resolved to make the call. As I reached to pick up the phone, I could hear an inner voice screaming, “Don’t do this! You’re going to die of embarrassment!” But I could also feel myself turning away from ego toward something Godly.

The phone rang. And rang. And then went to voicemail. No, I thought, I want to speak to her. The resolve welling up within me was electric.

Hours later I called again, and once again I got voicemail. This time I wouldn’t wait. As our Sages say, “When a mitzvah comes to you, don’t let it ferment.”

“Hi, this is Henry Harris. I’m calling to apologize for all I did in our run in. I made you responsible for things you were in no way responsible for. I would welcome the opportunity to tell you this in person. Please call me when it’s good for you.”

I felt clean. I felt amazing. I felt nervous. I honestly didn’t know how she’d respond. More deeply I sensed that it didn’t matter. I was taking responsibility for my part.

The next day I went to work. I made some calls, replied to emails, and then the phone rang.

“Hi,” she began tentatively. “I got your message. I’m, I’m so grateful you called.” She paused. I could sense she was moved. “Honestly, I’m embarrassed that I didn’t call you sooner. I want to apologize to you.”

The power of teshuva to wipe our past mistakes is other-worldly.

We spoke a few more minutes, expressed our forgiveness, and wished each other New Year’s blessings. I was grateful to God for helping me find this path forward.

Several months later at an event together, she approached me to say hello and said, “I just want you to know I was so moved by what you did. I really am grateful for your courage.”

Yom Kippur is a gift. The power of teshuva to wipe our past mistakes is other-worldly. It boggles my mind. I don’t fully understand how it works but I know this: If we turn to God for help, He’ll help us find the gift of new life within it.