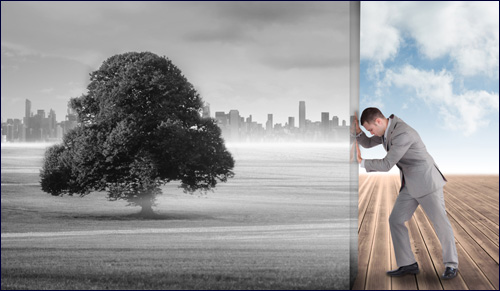 A life of drinking, drugs, and rock 'n' roll was infinitely less glamorous than it may have sounded. Even though he had left it behind, my patient had not succeeded in creating a new life for himself. He was unable to form new relationships and unable to fix his old ones. It didn't matter that he'd been sober for the better part of two years; the poor guy was paralyzed with embarrassment.

So hiding in his basement apartment and delivering pizzas, my patient had effectively removed himself from society until a chance meeting with a mutual friend ended in a referral to my office. My new patient was quick to tell me that his previous experiences with therapy hadn't helped at all.

"All therapists want to talk about is the past," he said. "Beyond asking about my mother, all they care about is ‘traumatic experiences.’ Don't they know that the most traumatic thing to do is to bring up all the bad stuff I did back in the day?"

I agreed with him and said, "And the truth is that you haven't been able to get past it because you're too ashamed to move forward."

"How could I not be ashamed," he wondered. "I once hit someone in the head with a bottle over a girl whose name I can't even remember...I should be proud of that? I spent three months in jail for that one."

"You don't have to be proud of it but you don't need to be ashamed either," I told him. "You've been sober for two years now. The person who did those things is long gone. He's probably still in jail somewhere or maybe even dead for all we know. The person who's sober and sitting here right now is a totally different man."

"What does that even mean?" he asked.

This is the fundamental question that every person who has begun to change their life asks: can I really become a new person or will I always be carrying that baggage along with me?

A person that is sincere in their repentance is a changed human being.

This is also the same question that Maimonides asks in his book, "The Laws of Teshuvah [Repentance]." His answer is clear: a person that is sincere in their repentance is a changed human being. Maimonides teaches that a person who does Teshuvah should say, “I am a different person and not the same one who did those things,” (The Laws of Teshuvah 2:4). A true Ba'al Teshuvah – a master of personal change – is an entirely different human being from the individual who previously did the things they came to regret.

Most people have done things they aren't too proud of and want to rectify these prior deeds. One of the most dangerous traps for the person who wants to change their life is shame. An individual who hurt someone else or hurt themselves is often too embarrassed to say “I'm sorry” or too scared to move on; being stuck on the shame of a prior misdoing makes it impossible to ever move forward.

In my office, I’ve found talk therapies that focus on reliving and re-experiencing trauma facilitate a vicious cycle of shame for patients and don't prepare them for a future filled with new opportunities. This is diametrically opposed to the writings of Maimonides who teaches, “It is a sin to remind a Ba’al Teshuvah of their past,” (The Laws of Teshuvah 7:8). A person can't beat themselves up for what they've done and moving forward isn't just advisable, it's the point of the process itself!

My patient had spent two years of sobriety torturing himself for having done a slew of things he could never undo. Until he committed to letting it go, he'd be unable to use his tremendous talents to do anything productive with the rest of his time on in this World.

So I asked him, "You spent years hurting yourself with drugs and alcohol. Do you really think the point of getting sober was to kill yourself with guilt? That part of your life is over, a new chapter's begun."

"What should I do then, just forget about what happened and hit the reset button? Maybe I'll just pretend I never did all those bad things and start a brand new life," he chuckled

"Exactly," I told him. "A brand new life as a sober, smart, and dedicated human being who is finally ready to fix the world, starting right now.”

Starting right now for all of us. We’ve spent Rosh Hashanah thinking about who we want to be in the coming year and Yom Kippur is waiting. Now is the time for teshuvah. And in case you were curious, my patient got better and decided to pursue a career as a music therapist. He spends the rest of his time as a mentor at a sober living facility in Jerusalem.

This Yom Kippur, Enter a Radically Different Place
It Takes A Lot Of Faith To Be An Atheist
How Instagram Brought Back This Nostalgic Soup
What Makes Eli Run?
Comments
MOST POPULAR IN Growth & Renewal
Our privacy policy