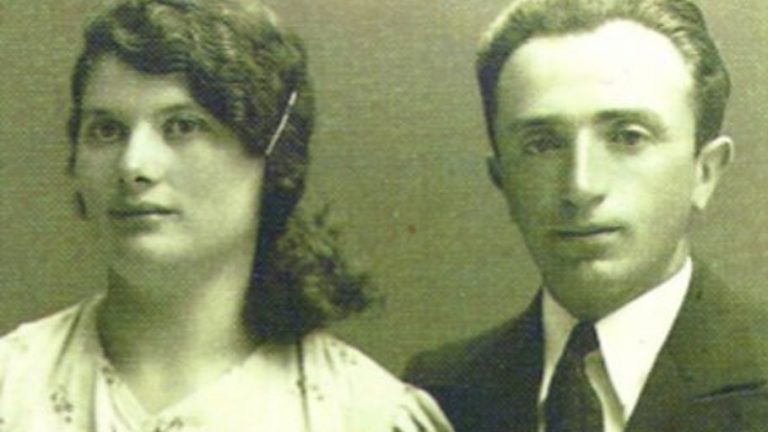 During the Holocaust my mother saved my father’s life at great risk to her own.

When my parents were running for their lives in the forests of Poland during the Holocaust, my father contracted what was probably typhoid fever. His lethargy from the disease proscribed the movement that seemed necessary to stay alive, and my mother was urged by the others in their group – who understandably kept their distance from him – to leave my father and save herself.

“Don’t you see he’s dying?” was an oft-repeated refrain.

But she would not give up her place at his side. My mother gave them her blessing to move on without her.

During the third week of his illness, she noticed that my father’s fever seemed even higher than previously. Her hope for his recovery was focused solely on her prayers, and she contemplated a viable but risky idea that might reveal their location to bands of bloodthirsty Nazis. She placed my father’s head on the cool, grassy ground, gently turning it from side to side. After some time of this “natural” treatment, she noticed that his face looked less flushed. Buoyed by the apparent answer to her prayers, she carefully pulled him back to a more secluded area of the woods that had rougher terrain, unable to logically explain how she was able to do so. 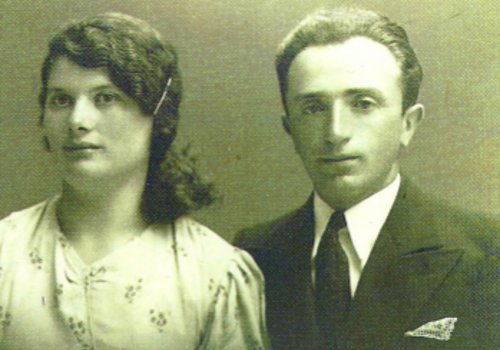 My parents just before their engagement, before Germany invaded Poland.

Because my parents rarely spoke about their experiences in the Holocaust, the little I know is essentially pieced together from other survivors’ reports. During the shiva after my father’s passing, someone revealed the episode recounted above, and my mother remarked that my father’s recovery without medication and proper care was miraculous. She didn’t mention a word about her part in his recuperation because she clearly believed she had done nothing special.

They regarded finding each other at the war’s end as another miraculous event.

I do not have a lucid picture of what they underwent in this dark chapter of Jewish history, but I do know that my parents were eventually separated during the course of the war; my father was drafted into the Russian army (they had lived on the border of the Ukraine), while my mother was sent to a German labor camp. They regarded finding each other at the war’s end as another miraculous event since few couples who had been married before WWII were reunited at the end of it.

Although they merited raising children in the United States (they lost their firstborn in the European inferno) and likewise merited seeing grandchildren, their so-called golden years were marred by my father’s Alzheimer’s. Once again, my mother rejected all well-meaning suggestions to salvage herself and place my father in a suitable “facility.” She argued that nothing worthwhile comes easy and she wasn’t about to facilitate her comfort at his expense. She refused to accept the idea that my father’s decline and dementia made him less of a human being whose life had meaning. 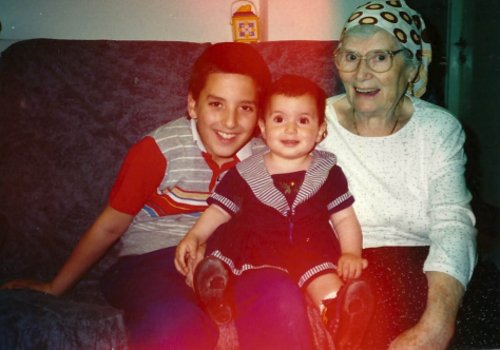 My mother in her later years.

My siblings and I had difficulty convincing her to hire regular help for her own sake. She insisted that our father wouldn’t eat unless she fed him, and it appeared she was right. Likewise, she resisted much of the assistance we offered, claiming that our attention was needed more in our own homes.

The story about our mother’s devoted care of our father throughout his sickness in the war replayed itself in my mind. More than half a century had passed since then and she remained the same steadfast, courageous woman she had been in her youth. We saw many incidents of her kindness outside of the family as well, in situations where most people gave up hope. 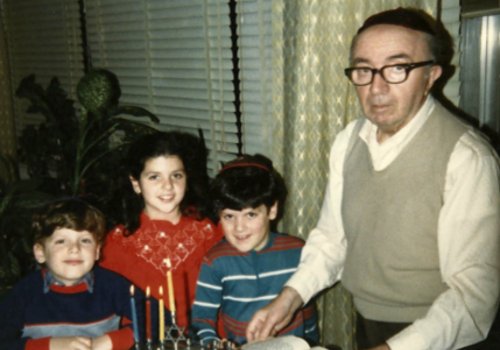 My father lighting a menorah with his oldest grandchildren.  This was at the start of his struggle with Alzheimer’s

Commitment and devotion like hers are timeless qualities that become ingrained in a person’s character, values that are sadly at odds with much of current mores. In today’s fast-moving world, the easiest, most expedient action is the one that’s usually chosen. How did she maintain traits in her senior years that are generally attributed to the young? I believe that witnessing so much destruction of life gave her great respect for life and human dignity.

As I look, with gratitude to God, at my growing family, I realize that one woman’s courage and commitment has quite literally shaped all our lives.

Why I Send My Kids to Day School
Big OnThe Little Things
Chraime Egg Boil
Is Grease the Word?
Comments