My Grandmother, a Sephardi Lioness 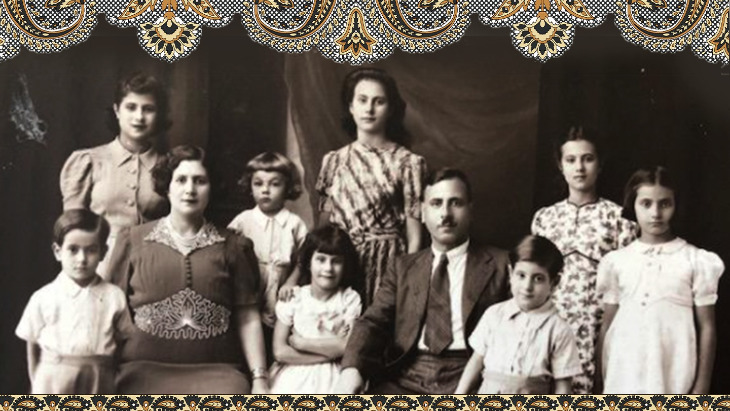 From Baghdad to Bangalore to Vancouver, I can still hear her desert call in the wind.

My grandmother would do a ‘desert call’ – a loud high-pitched cry – at major celebrations. It was always a playful reminder of my heritage. I grew up hoping she’d unleash the call as I walked down the aisle at my wedding.

No, my grandmother wasn’t Bedouin. She was a proud, fierce and warm-hearted Sephardic Jew who kept her identity intact as she moved from Baghdad to Bangalore to Vancouver during her lifetime.

She had many names. Kamal was her Arabic name; Serach was her Hebrew name and Sarah Moses was the name she used most often in Canada. Her 11 sons and daughters referred to her affectionately as “the general”. 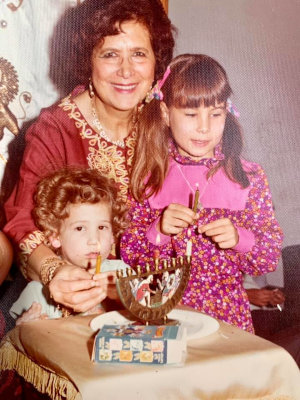 I remember a very colorful matriarch with gold bangles, rings, earrings and red hair always intact. In her nineties she’d clap and sing to recordings of Sephardi prayers and watch Hindi and Arabic videos.

She’d host dinners for two dozen on Passover, Rosh Hashanah and Friday nights, bargaining with the shopkeepers to get the prices. She once bargained with the manager for the best price on a watermelon. I was embarrassed until I realized that they were both having a great time.

Whenever I throw food out today, I hear my grandmother’s voice admonishing me in Arabic: “Whee! Machlel!” Translation: “It’s a sin.”

My grandparents were two of the founders of the Beth Hamidrash synagogue in Vancouver, Canada. I remember sitting beside my mother and grandmother listening to ancient Sephardic chants and prayers. It felt as if I were back in time when all of world Jewry lived in the Middle East or Spain. It was magical but it wasn’t exotic. It was simply who we were.

When she was well into her eighties my grandmother ordered the men upstairs to pray so that the women could meet downstairs. No one dared question the general! She commanded attention when she needed to, in spite of never learning to read or write. She even gave advice to the mohel at one of my nephews’ bris. The rabbi present told him to listen to what she said. 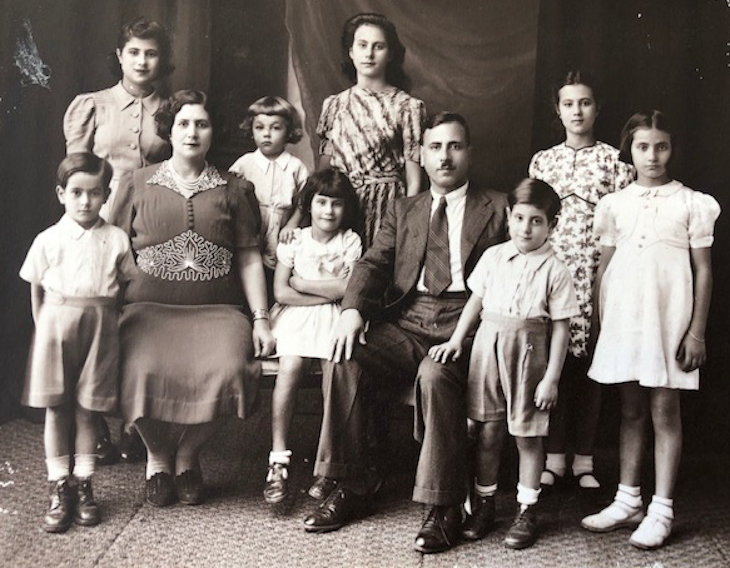 When the Turks occupied Iraq, my grandmother was a teenager working in her father’s store. When she saw Turkish soldiers coming to demand money, Kamal would courageously slip the cash into her apron and walk out as the Turkish soldiers came in.

So it didn’t really surprise me when my mother told me that my grandmother played with snakes when she was a child. Kamal’s grandmother Samra had a pet snake that she would leave to guard a new baby in the house. When Samra returned the snake would be arched and ready to attack anyone who came near the cradle.

Kamal’s relatives came to her in her dreams. She could also sense when a friend or relative was ill almost before they did. And she called to see if she could help.

She could also see a joyous occasion before it was ready to happen. When I first started dating my husband Irwin Levin when I was 34, she soon started asking me questions like: “Where’s your husband today? Will you see him tonight? Where are you going with your husband tomorrow?” 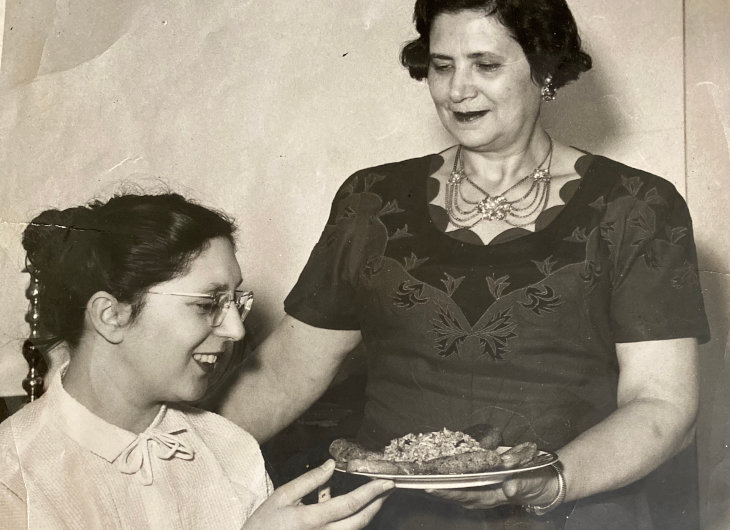 My grandmother married her husband when she was 15. The marriage was arranged but my grandmother had chosen him when they were still children.

My grandfather Guergi (George) would walk down the street to visit Kamal and her chaperones on the Sabbath. As is still the custom of some Iraqi Jews, he would wear his pajamas. It is, after all, a day of rest.

She married my grandfather and her first two children were born in Baghdad. Soon after my grandfather was thrown in prison and beaten up for a crime he did not commit. The Jewish community rallied together and hired a British lawyer.

As soon as grandpa was home, the young family left Baghdad to start a new life with relatives in Bangalore, India. It was sometime during the late 1920’s that my grandfather began selling clothes, with horse and carriage in his new city. My grandmother designed clothes and my grandfather eventually opened another store.

Every two years or so there was another child to feed. My grandmother gave birth to 16 children. Eleven lived: six girls and five boys in that order. My mother Joyce was girl number five.

She remembers looking out of the top window of the store watching Mahatma Gandhi or Gandhije – as his followers knew him – walking by with a parade of people around him, in direct defiance of the British occupation.

It was an exciting time for the family. Prime Minister Nehru would come to the store when he visited Bangalore. My grandmother, with children and a servant in tow, once visited the Maharaja’s son to present him with clothing that my grandmother designed for his mother.

Hindu and Muslim friends would come by the store as well.

And even though the family thought the British occupation was a disgrace, my grandmother regularly cooked Shabbat dinner for the British and American Jewish soldiers. Kamal was also a great matchmaker. One of the soldiers married an aunt.

After the civil war the family moved to Vancouver, Canada where my grandparents learned to start yet again and opened another store. For years, they were part of a small but growing and vital Sephardic community. 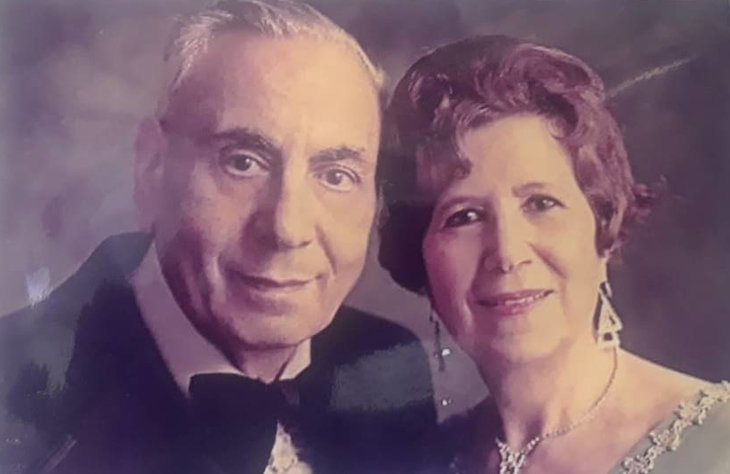 There were no ‘desert calls’ at my wedding. But both my mother and I sensed Sarah Kamal Moses’ presence on that day. For me, it was as if her spirit was at one with the wind – playfully dancing in and around the poles of the brightly decorated chuppah.

A version of this article originally appeared in The Jewish Independent newspaper.

Written with contributions from the Moses family.

Cassandra Freeman is a freelance writer living in Vancouver.

Why Candles Are a Must for the Ultimate Shabbat Experience

Transforming the Pain of Tisha B’Av to Active Responsibility

Everyone’s Buddy
Why Are The Prayers Of Yom Kipur So Repetetive?
Ha'azinu 5783: A Time for Unity!
Twisted Thinking
Comments