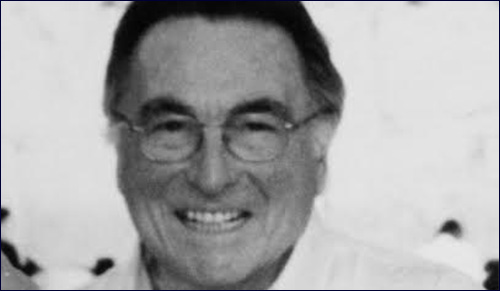 My father lived a life of quiet greatness. These are the inspiring lessons I’ve learned from him.

My father, Frank Schwartz, passed away from this world on Dec. 22, 2014, Kislev 30, 5775. I hadn’t anticipated the penetrating hole that opened next to my heart at the moment of his passing. I believe that the pain is there so I can carry my father with me, until I understand and integrate the meaning of his life with the meaning of my own life, and beyond. This is what his life means to me: 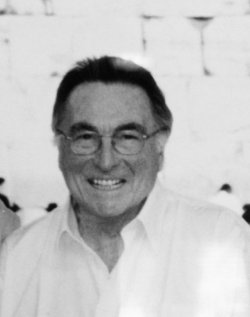 Responsibility: Our father was a pillar, a rock, a reliable and responsible husband, father, son, grandfather, and great-grandfather. His presence gave us confidence. We felt safe and cared for. There was never a doubt that whatever problem arose, Dad would take responsibility. During a family vacation we were playing hockey on a frozen-over section of Georgian Bay and the puck would sometimes miss the net and slide very far out from the shore line. My Dad watched us closely. Suddenly there was a loud cracking sound that echoed. I can still hear my father’s fear- instilling booming voice: “Everyone off the ice! Now!” In seconds the ice had been cleared, and we wondered which had been louder and scarier – the sound of cracking ice or my father’s shout.

In his business life his sense of responsibility extended to his many employees, customers, and to the industry. He learned that core value from his father and passed it on to my brother David, who was able to lead and manage a very large business with care and attentiveness. He was deeply faithful to his core values, especially consistency, reliability and integrity. 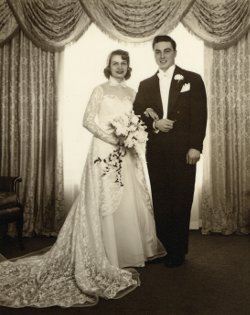 Loving and Loyal Marriage: Dad considered himself the luckiest man in the world to be married to my mom. Perhaps the greatest gift our parents gave us was their loving, deeply connected, enduring marriage. For 65 years he adored my mom and was devoted to building a family with her. As her Parkinson’s progressed, he would call family meetings to discuss how to make her life more enjoyable.

When Dad was in the hospital with tubes attached to many parts of his body, my brother Brian told me that he was going to bring Mom to the hospital to see Dad. He felt it was important for Mom since she had not seen him for several weeks. I wondered whether that was such a great idea, given the way Dad looked and Mom’s current limited cognitive capacities, but Brian made the arrangements.

When Mom arrived at the hospital room, she was asleep and didn’t notice my dad at all. He had not spoken clearly or called anyone by name in weeks. But then he saw Mom, stretched out his hand and called her name. With tears of gratitude, I drew their hands together and they held hands for half an hour….for the last time. My father’s soul passed on to the next world that night. He had waited to say goodbye to the love of his life. 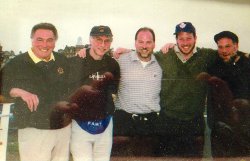 Unified Family: He carried on his mother’s commitment to remembering, with a card and a check, the birthday and anniversary of every one of his 58 direct descendants – including spouses of children and grandchildren, whom he treated as his own – as well as nieces and nephews and extended family! He fulfilled the role of the patriarch of the Schwartz family through consistent dedication to ensure that the entire family was together at simchas – family celebrations – regardless of geographic or logistical challenges. The grandchildren will all carry that connection throughout their lives, and they all honored him by coming from around the world to be at his funeral.

Commitment/Integrity : His word was his bond. There was no “trying to fulfill“ what he said he would do. If he said it, if he decided to do something, it would be fulfilled. My father ran three marathons, the first when he was 55. When my brother Stuart shared this with someone at the shiva, he was asked, “Did he finish the marathons?” Stuart laughed and responded, “When my dad started something there was never a question of whether he would finish. He ran the entire way, but if he had to, he would have crawled across the finish line.”

Truth detector: He had an ability to listen to me in a way that was my reality check. I made a point of visiting my family in Toronto for six weeks every year during my years in Yeshiva in Israel even though the actual “vacation” from my studies was half that length. I needed to sort out what I had learned, to distinguish what was integrated Torah wisdom from what was more surface, even superficial. By sharing with my father what I had learned, his truth detector and his discernment provided the refining filter that I needed. Things I mistakenly thought were clear and integrated were mirrored back to me, and I could see them with truth grading. As my daughter Bashy put it, nothing was faked by Zaidy, no airs, no appearances, nothing phony, he was an ish emet – a person grounded in truth. By talking with him, you could check your own connection to truth, and to reality.

Humility and Modesty: My son-in-law Yaacov learned from my dad the traits of humility and modesty, which often go unnoticed. Perhaps they were the basis and explanation for his many accomplishments, his leadership and his instilling the foundation for leadership in his children. He never drew attention to what he achieved, never patted himself on the back. It seems to me that his self-confidence came from his deep commitment to live with his core values and allowed him to respect others, strive to improve in everything he did and engender deep respect from those who knew him.

Father’s Love: Finally, his most profound act of warmth, kindness and humility was to always support our independent choices. Dad never judged or criticized us (or anyone as far as I could tell) for our decisions even, or especially, if he didn’t agree. 41 years ago when I announced my decision to make Aliyah and become a lifelong kibbutznik, Dad quietly began asking questions, gently probing me to help me find my own way. He never rushed to judgment. His approach was always rooted in his bedrock foundation of love and respect, and through his ironclad support he enabled me to make decisions that remained true to myself. I did make Aliyah but I did not become a kibbutznik.

Am I for Real?

Make Yourself the Norman the Doorman of Judaism

How to Overcome Rejection & Failure