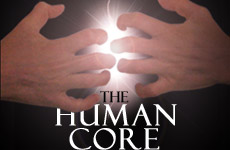 Lessons from the Andrea Yates killings.

Some events shock us and beg the question "Why?" Other events are even more profound, so overwhelming that the mind still struggles to fathom the "What?"

Consider the recent case of Andrea Yates murdering of her five children in Houston. What about this event so shakes us? Is it a profound revelation of evil? Was it really evil? Does anyone doubt that this depressed woman was psychotic?

Perhaps the tragic death of children is what disturbs us so. Yet there have also been recent earthquakes that have leveled entire villages, wiping out hundreds of children and families. We feel empathy, pity and great sorrow. But the horror we feel upon hearing the Andrea Yates story seems of a different caliber.

To understand these feelings, let us analyze other events that provoke similar feelings of horror, and overwhelm us with increasing intensity.

How little of our "self" is really indestructible and inviolable?

Imagine the completely healthy person who suddenly has a stroke or is maimed in a severe traffic accident. When we visit him, we are taken aback by the person's condition. It is not merely the sympathy for his pain and difficulties, but rather the sight of someone losing his "self." The person we had known before was the "full person." We imagined that every part of that self was intrinsically bound up to that person's "self" and could not be separated from him. And now we see that his robust health, movements of limbs, and physical independence are but endowments and may be rescinded. We picture ourselves in a similar position and realize how little of our "self" is really indestructible and inviolable. It frightens us.

Next, picture a neuro-surgery ward where someone has undergone extensive surgery to remove a brain tumor. The person is recovering, but many of his talents, skills and specific memories are gone. This can be a devastating encounter for the visitor. The experience of horror is similar to the previous example, but much deeper. While our limbs are "appendages," we expect at least that our skills, talents and experience be "ours." We are confronted with an even deeper sense of helplessness and non-existence.

And finally, take the person with Alzheimer's disease. We watch him dodder and disintegrate, and we sympathize. But the unbearable moment is when he turns to his spouse of 60 years, stares at her vacantly, and asks, "Who are you?" Losing one's innermost knowledge and experiences is traumatic. It is as if the person has not even a tiny bit of "self" that is indestructible. It seems no real "person" exists.

A healthy person is proud and sure of his self-existence. The loss of any part of "self" is the most agonizing and painful experience of the human being. It strikes at his innermost sense of existence. And the degree of trauma is proportional to the degree of "self" associated with the loss. Material possessions are indeed least traumatic of the losses, followed by limbs and organs, mental skills and talents, and finally our memories.

But we have not reached rock bottom yet. For the person who is morally sensitive, the core of a human being is his conscience: The ability to tell right from wrong, the pangs of guilt for misdeeds, and the drive to help others even at the expense of self-denial.

Why may the smartest cow be slaughtered for food, while the stupidest human may not? Because human beings are of an entirely different nature; we are capable of moral awareness.

We may picture our mind losing its clarity with age, but we never imagine becoming intrinsically "evil" people.

If there is anything that we really feel is us, it is that sense of right and wrong. We may picture our limbs weakening with time, or our mind losing its clarity with age, but we never imagine that we will become intrinsically "evil" people. At our core, we feel we are good, and this is as basic to our existence as protoplasm to our cells. True, we may act badly at times, as our desire for venal pleasure overrides our conscience. But the conscience itself is always keen. We may become senile, but never a murderer. Underneath it all, our core is "good."

REMOVAL OF FREE WILL

And now we come to Andrea Yates' horror of horrors.

Yates shattered our assumptions. It is generally assumed that the feelings of a mother to her child are at the deepest depths of conscience. Even the nastiest criminal is usually protective of his children. Yet here was the most tender of human instincts, the noblest conscience, a mother bathing and stroking her children... to death.

Had the murders been done in a fit of rage, we would have viewed it as an act of evil overriding the conscience. But here, the twisted and skewed conscience saw the murder of children as a fulfillment of the noblest duties. It was not done despite maternal instincts, but in "fulfillment" of them.

Perhaps this accounts for some of our horror. Just as seeing the amputee makes us realize that limbs may not be forever, and seeing the Alzheimer patient reminds us that memory is but an appendage, so too, Andrea Yates lays bare that our moral conscience is not the perfect and indestructible part of "self" that we had taken for granted.

Our last vestige of indestructibility has been stripped from us.

This forces upon us serious reexamination. What is our conscience? Where does it come from? Can we ever be sure of ourselves?

Judaism understands it thusly: Free will and moral conscience are not intrinsic and inviolable to the human being. They are God-given. Maimonides explains:

Free will and moral conscience are not intrinsic and inviolable to the human being.

Maimonides does not state that man has free will. He stresses that free will is a faculty, granted to man. Thus it is possible for free will to be rescinded, as Maimonides relates:

It is possible that a person sin so severely, or so frequently, until the True Judge rules that the appropriate punishment for these sins (done willingly and wantonly) is that he be denied the possibility to repent, and that he is not granted the ability to repent...

The classic case in the Torah is that of the Egyptian Pharaoh. Despite Moses' pleas to "Let my people go," Pharaoh repeatedly hardens his heart and refuses to comply, even in the face of devastating plagues. At that point, God tells Moses: "I will harden Pharaoh's heart." In other words, God denied Pharaoh the ability to repent.

Free will is the most profound and inner gift endowed to humans. But it is not a self-existent, indestructible entity. Rather, it is an endowment, a gift of God. As Andrea Yates showed, it may become destroyed, distorted or perverted.

Having recognized the fragility of human conscience and its non-intrinsic nature, we must search for the ultimate moral yardstick not within us, but somewhere outside of our human consciousness.

It was this discomforting realization that provoked the first sin of man. The serpent did not tempt Adam with the flavor of the fruit. Rather, he realized that the most important thing for man was his freedom. Man was created to be free, to have a will of his own, and to make decisions about right vs. wrong. Since man's essence is one of independence and freedom, his strongest desire is to remain completely free and unfettered.

But Adam realized that this freedom of conscience and moral determination is only relative. In absolute terms it is subsumed by God's freedom and morality. The human being is moral only as long as his conscience matches God's, and he is free only as long as God grants him freedom, including free will.

Therefore, the serpent offered the greatest pitch possible: "You will be like God, the One Who understands good and evil." (Genesis 3:5). In other words, you will become independent of God, in this, the most basic of human attributes.

The lesson of Yates goes beyond the realm of psychosis. It should motivate us to seek that immutable moral yardstick, against which we may calibrate our conscience.

Further, the lesson of Yates should push us to seek counsel from others, recognizing that despite our good intentions, we can be hopelessly off target. When personal interests are at stake, we should be particularly wary of trusting our conscience. For as a moral compass, the conscience may be strong enough to detect the homing point thousands of miles away. Yet at the same time, it is so frail that one small piece of magnet, held nearby, can distort it totally.

And the results can be more horrific than any human tragedy imaginable.

David Irving and Freedom of Speech