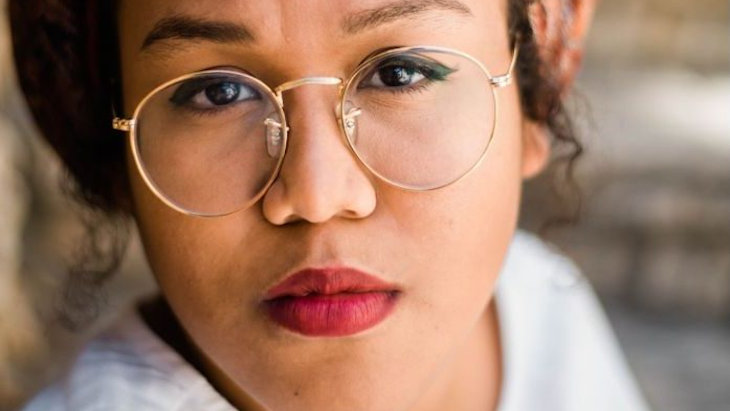 My father was painfully honest about what it meant to be Black in America.

Yaffy Newman is the daughter of Binyamin Israel, of blessed memory, a long time and beloved member of Young Israel of Hollywood and a proud black Jew. Binyamin passed away two months ago.

I’ll never forget when I saw my father’s silhouette frozen in the rain that dark night.

“Sir. What are you doing here?”

“Sir, what are you doing on this property?”

“I live here officer, I own this house.”

“Please step out towards the police vehicle with your hands out.”

“Officer, may I ask what for? I’m standing on my property.”

“STEP AWAY FROM THE HOUSE. NOW.”

The policeman’s hand went to his holster.

I watch my father stiffen, arms up, take a step away from the house he spent years saving to be able to buy, and very slowly open his mouth to speak.

“Officer, please keep your voice down, my seven-year-old daughter is sleeping inside. I do not want her to wake up to this.”

My father’s ID is handed over to the Officer.

“Officer, I have been a member of this Jewish community for over twenty years, I can get the rabbi of the community on the phone if that will convince you that I am indeed the homeowner here. Would you like me to do that?”

“SIR, STEP AWAY FROM THE HOUSE.”

My mother rushes to the door due to all the yelling. She is panicked – and sees me watching through the rain-soaked window. She begs me to go to bed and begins to plead with the officer to please lower his voice. She tells him I am awake, listening, and terrified.

Other cars driving by start slowing down in front of our house and the officer turns back and disappears into his car and leaves, gun in hand all the while.

My father followed up with the police report. The officer had not been called to our residence. The dispatch didn’t receive any complaints. The officer was on a patrol and saw a Black man outside our home and decided he might be dangerous and was somewhere he didn’t belong – because of the color of his skin.

This was many years ago but that night is still very much alive in my memory. 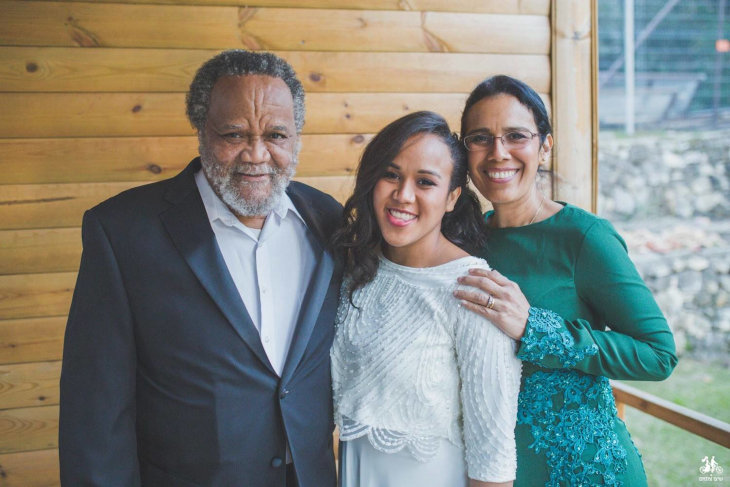 My parents and me. Photo: Shitzu Photography

My father died last month from a long battle with cancer. He was a proud Black man. Incredibly proud of the contributions that the Black community made to America. He was connected to his African heritage and culture. He was on a city council dedicated to the advancement of the Black community and he personally created many programs to support Black youth.

But, he was painfully honest about what it meant to be Black in America.

He told us endless stories of growing up with brown skin during the 40s, 50s, and the civil rights movement of the 60s.

He told us about unprovoked beatings in the streets, other times being assumed a criminal because of the color of his skin. These stories were the bedrock of my childhood; my bedtime stories, my warnings, the legacy my father felt he needed to teach me so that I could navigate life in America as a Black woman. I learned about the abolishment of slavery and the ending of segregation – at home from my father, who began teaching me at such a young age.

Every day I sang at school with my peers about the land of the free and home of the brave and so I thought my father’s scary stories were history and wouldn’t affect my lifetime.

But that night in the rain, seeing how others could see my dad, stole my innocence.

That night in the rain forced me to become the hardened little girl- and then young woman, and now adult – forced to shoulder a burden that’s often invisible to the Jewish community, a beautiful community in which I was born and raised. The love and acceptance that I felt there helped shape a huge part of who I am. Still, there were places in my life where I had to quietly swallow the racist moments and microaggressions that were a part of the fabric of my existence.

I have built a beautiful life but it’s an ongoing process. There is a hum that’s always in the background.

Feeling alone despite being part of a community that I love.

Feeling unseen when some people only see the color of my skin.

Feeling unheard because it’s hard to hear what I’m sharing.

Hoping that the noise won’t drown out my personal experience and what it means for me.

One day I hope I am blessed to have children, and they might look just like me.

It will break my heart to have to impart my father’s real-life nightmares to another generation, while praying they only have sweet dreams.

And when they wake, I will make sure that they know the legacy of my father, who was proud to be Jewish and Black. I know I will be raising them to be the same.

This article originally appeared in The Layers Project magazine.

Grief, Kindness and a Little Bit of Mr. Rogers

Our Landlord, the Rabbi

Things Fall Apart - A note from the Author