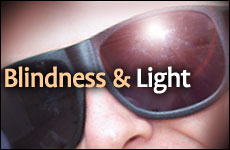 Lavi Greenspan lost his sight at age 26. The last thing he wants is for you to feel sorry for him.

Ten years ago, at the age of 26 Lavi Greenspan became completely blind after surviving a benign brain tumor. He had just begun Fordham Law School in Manhattan when he noticed that he was often very thirsty. He went to visit the doctor who gave him a routine check-up and told him to come back in a few weeks. Figuring that it was nothing, Lavi decided not to go back.

Several months later, still having unusual symptoms, his mother urged him to return to the doctor. This time, the doctor took one look at his face, which had become very round and bloated and told him that he had Cushing's disease, a benign tumor on the pituitary gland. Over the next year, Lavi underwent numerous surgeries to remove the tumor. The operations were successful, allowing Lavi to return to law school at the end of that trying year.

In September 1997, Lavi was involved in a minor accident after he cut another car off on the highway. He did not see the car in any of his mirrors, even though it should have been clearly visible. A few weeks later, he lost all vision in one eye. Despite many attempts to reverse the process, it was too late -- he had endured damage to the optic nerve during the course of his many surgeries. It was just a matter of time before he was going to lose vision in the other eye as well.

"All I remember was that I was more scared of going blind than being blind," Lavi recalled. "I wasn't focused on the fact that I was going blind. I was more focused on where it was going to happen." He was worried that it might happen in a place without anyone to help him. Fortunately, Lavi lost his sight in a shul; a safe place where he could wait for someone to come and drive him home. "You don't want to end up going blind on the subway among strangers."

"You don't want to end up going blind on the subway among strangers."

During that difficult time, Lavi had two law school finals and the bar exam to study for. He was so preoccupied with his studies, that the full impact of what happened never hit him. "I had no real time to think about losing my vision. I tell people that I think that's why the Almighty caused me to lose my sight when He did. If He had made me blind at the beginning of law school I would have dropped out. God doesn't give you a test that you can't pass. He knew that from January to July I wouldn't have time to think about not being able to see anymore!"

It finally hit him that first Chanukah when his father had to hold his hand to light the menorah. "It's the holiday where seeing is everything," he said.

Several months after losing his vision, Lavi was faced with his next challenge: studying for his Bar exam. Each night a Jewish lawyer from a pool of over 30 came over to help him study. Since the preparation course for the exam was once sued by blind people, all the material was available on cassette. He took the Bar with readers and in ‘99 got a job as a lawyer for IDT in New Jersey. He has also completed a comprehensive rabbinic program that he started only after going blind. "When I was taking the test I told them that if I failed I would sue them for discrimination against blind people!"

Lavi recalls that one of the hardest losses for him was not being able to learn Torah on his own. "Torah tapes are not the same as looking into the Torah," he explained. "I sure do appreciate the importance of learning Torah." Lavi has made an effort to develop a relationship with many of the leading rabbis in Israel and America, calling one daily to hear words of Torah and inspiration.

From the moment he was diagnosed with Cushing's disease, people were at his door 24/7 offering every imaginable assistance. A group of ten men in Kew Garden Hills still take weekly rotations to drive him to shul. In the hospital, Lavi had people visiting around the clock. "Being part of the Jewish people is like being part of one big family, all brothers and sisters wanting to help you should you ever need them."

Lavi's rabbi, Rabbi Yehuda Parnes, was a critical factor in Lavi's success. "The last ten years since I lost my vision he's been an angel; he's been there for my family and me, we are in awe of him. He's a father figure for the entire family. Without him I probably wouldn't be where I am today." Lavi recalls when he was in the ICU just before his first surgery and he wasn't supposed to have any visitors. "I still remember Rabbi Parnes bending over my bed at 9:30 in the morning saying, ‘Lavi, I told the nurse I was your Rabbi and she gave me special permission to come speak to you for one minute, but that's all I need. I need to tell you one thing: Lavi, I'm here for you.'" Those words gave Lavi comfort that helped sustain him throughout the long road ahead.

Losing his sight didn't only improve Lavi's faith. "All of my senses have increased tremendously," Lavi notes. "My hearing is incredible; it's a gift from the Almighty. My sense of direction has increased. I sometimes have to tell my friends what direction to drive."

He especially misses being able to see people's faces, particularly little kid's expressions. "When you see a little kid smiling you melt," he said. Another difficulty is always depending upon others to get places or to read.

"I started to look at what I did have, the positive instead of the negative."

"At the very beginning when I used to get down, my mother told me about someone in Israel who was hit by a nail from a terrorist's bomb in the spine and he became paralyzed from the neck down. How can I complain? He can't feed himself, dress himself, he's stuck in a wheel chair for the rest of his life. Not that I was happy about him, but at the very beginning that's what I used to do: stop myself from complaining by thinking that it could be much worse. Afterwards I started to look at what I did have, the positive instead of the negative. There are many people who have much worse problems than I do."

"Realize that God is our Father and that everything He does is for our best, and when you think about what you have, you realize that you have a lot more going for you. Before you go to sleep at night thank God for one good thing that happened to you that day. If you do that every night you start to realize how kind the Almighty is to you and that you have nothing to complain about. God never abandons us, He's always there. If you look at the larger scope of life, spilled orange juice doesn't matter. After what I went through it's not the end of the world if you break a glass. If a friend of mine is down I tell him to close his eyes and think about his wife and kids, think about the big picture. I'm not minimizing what you're going through but just think about the good that you have. Everything God does is for the good. You might not know how, but you know it's for your best. When Mashiach comes and all the pieces come together, I'll be singing before God and thanking Him for making me blind!"

A longer version of this article originally appeared in Mishpacha Magazine. 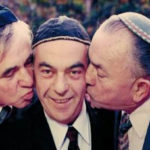 Never Left Behind: What Happened to My Grandparents1 min read 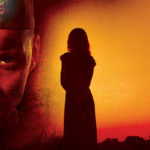 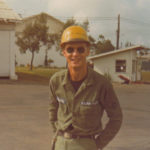 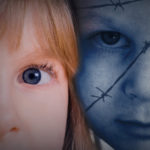 I’ve Been Here Before: Holocaust and Reincarnation18 min read 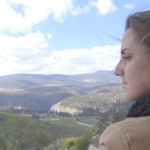 New Documentary Explores the Question “Why Be Jewish?”7 min read