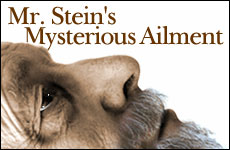 There were no sudden bolts of light, but I knew that right in front of me was a miracle.

Late Sunday night, after a seemingly endless weekend on call, I got paged. I groaned when I saw the number. This was yet another patient in the ER.

An 82-year-old man, a patient of my partner's, had presented after two days of nausea, abdominal pain and bloating classic symptoms of small bowel obstruction. And indeed, the x-ray confirmed it.

"It's weird," the ER doctor said as she told me about it, "the only abdominal surgery he's had was an appendectomy -- decades ago." It was surprising; though small bowel obstructions are not uncommon, they are typically the result of scar tissue from major abdominal surgery. "And," the ER doctor continued, "he had a similar episode almost exactly one year ago that resolved on its own."

Small bowel obstructions are usually not life threatening, and the majority improve with minimal intervention. It was almost midnight and I was exhausted. I could have called in orders and seen the patient in the morning, but I wasn't quite sure I got the whole story, so I felt compelled to go in to the hospital.

I walked through the throbbing, frantic side of the ER into the quieter, low intensity side, and into Mr. Stein's room. With its glossy white walls and grayish linoleum flooring, the room seemed awash in an opalescent blush. In the bed lay Mr. Stein. A small man, he appeared dwarfed by the hospital bed. The grayish white of his hair and beard framed his face and caused him to look even more pale and fragile, as he stared at the ceiling with a furrowed frown.

A sheet covered his thin body, mounded over his distended abdomen and was tucked under his chin, where it seemed to meld with his long, flowing beard. The only contrast to the stark whiteness was his large black kippah perched precariously between his hair and the bed, and his piercing black eyes that followed me as I walked into the room.

He examined me with an ancient creased stare, and though he was shrunken and sallow, he exuded a strength that was somewhat imposing. It was only when I saw that tears glazed his eyes and crinkles of age cracked his down-turned lips did I feel less intimidated.

"Hello, doctor," he said in a European lilt.

Because it was late, I asked my usual questions about symptoms quickly. He answered in a perfunctory fashion -- monosyllabic. It seemed he had a second small bowel obstruction, oddly similar to the previous year, and was not at all interested in my questions.

Softly, I asked what happened to his family. In his first full sentence he said, "You hear of Auschwitz?"

When I started to try to ascertain why he had this unusual outcome yet again -- was there a complication during the appendectomy, or did he have another major surgery we didn't know about -- he seemed annoyed, his terse answers taking on a thicker accent, as if I were missing something. Wishing I had phoned in the orders, I continued on with his medications, allergies, other medical history. When I got to family history, he looked at me with narrowed eyes and went silent. Though bleary, I was intrigued. Softly, I asked what happened to his family.

In his first full sentence he said, "You hear of Auschwitz?" He focused on me and paused, as if deciding whether to go on.

Finally, in a distant low voice, he started. "We were all there -- my parents, brother and sister." He stopped, raised his wet, black pearl eyes upward as if seeing far beyond the speckled ceiling tiles, then looked back at me. "One day -- I remember it was a beautiful spring day, finally a little warm -- they lined us up. I was the only one in a different line."

"My beautiful mother … and sister…," he moaned, his voice singed with pain. "They were in the wrong line…" He trailed off, with his bowed head seeming to disappear into his beard.

He stared up at me, his dark eyes flashed. "How could they do this?" he growled. "Those evil monsters! My family never hurt anybody… they were just ordinary people... HOW COULD THEY DO THIS??"

Mr. Stein's eyes riveted mine, as if expecting an answer. I held my breath as he went on.

I looked at the calendar on the wall -- May 15. It began to make sense. He got the unexpected complication of small bowel obstruction not for any medical reason, but because his protoplasm ached. He had tried so long not to focus on his horrific past, but his cells remembered, his body remembered. And he got sick. Year after year.

"One year after that," he went on in a monotone, "I was released. I weighed 80 pounds and had TB. For two years I was in a hospital in Germany. I could barely raise my head. I wanted to die, but I didn't."

For him, alone and sick in that hospital, just waking up each morning was an act of defiance.

Now when he looked at me, I noticed the tears made his eyes shine. "I didn't."

And I understood. For him, alone and sick in that hospital, just waking up each morning was an act of defiance. To lift his head and look upward took incredible strength and faith. A belief that even though he was surrounded by horror and black, somewhere there was light. And life. And from out of his sick bed, he seized it.

He came to LA and became a shirt maker. Along the way he married, had five children, 49 grandchildren, and as of now, 24 great grandchildren.

When I heard that, I got chills, and though it was after one in the morning, suddenly I was very happy I had come in. This little man was a survivor, a treasure disguised as a frowning shirt maker with white hair and a frail body.

Though there were no bolts of light or flashes from the sky, in the midst of a vast sleeping city I knew that right in front of me was a miracle.

Mr. Stein continued. "And my grandkids, they are all good people. Isn't that what matters?" And finally, he smiled.

I smiled back at him and reveled in the whole story. Through the tears in my own eyes, he seemed much larger.

This ordinary man had won. With his life he triumphed over the Nazis. In a horrendous way they had taken everything from him. But, oh, how he got them back.

Why was the Menorah Burning for 8 Days Such a Big Miracle?
The Softball Player
How This 6 Generation Bread Baker Brought Back Israel’s Ancient Grains
Olivia Newton John’s Grandfather was a Nobel-Prize Winning Jewish Physicist
Comments