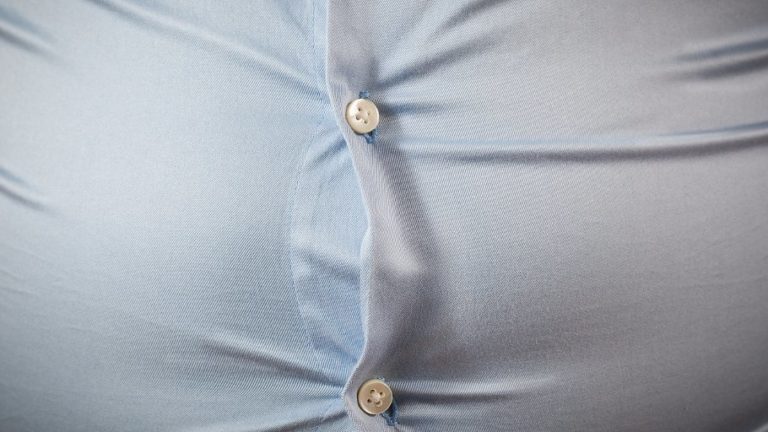 I’ve been blessed to have kept off 50 pounds for about eight years. It is the single hardest thing I’ve ever done.

Rosh Hashanah, Yom Kippur, Sukkot, Shemini Atzeret and Simchat Torah are over. We went from fast to feast. I ate enough to last a year. These holidays are tough for normal people, but for overeaters, they are insane.

I have been blessed to have kept off almost 50 pounds for about eight years. It is the single hardest thing I’ve ever done. The fat man inside of me is relentless. He is a liar, cheat and con man, and he will do anything to get me ballooned back up. He thinks it’s funny when I can’t button my pants. He loves me fat, out of shape and sick. I know this because I must deal with him daily.

The fat man inside of me is relentless.

Yesterday, I swore off peanuts. Today, I’ve already had three fistfuls. I later grabbed a Lärabar and said to myself, “Eat it slow.” It was gone in two bites. Then I went back for a second one. I’m hopeless. When I go to supermarkets, I might lob some “no-no” into my cart and, with the help of God (which I really mean), toss it before I get to the register, but not until I push the item around the store, talking to it. “You’re not going home with me.” “You’re not.” “I’m the boss.” Thank God people think I’m on the phone and don’t know I’m having a conversation with a bag of Skinny Pop.

A lot of people ask me how they can lose weight. I give them my phone number and tell them to call me. Ninety-nine percent of the time, they don’t call. Last week at shul, a guy told me he was diabetic and bread was his downfall. He knows what his downfall is but can’t stop. 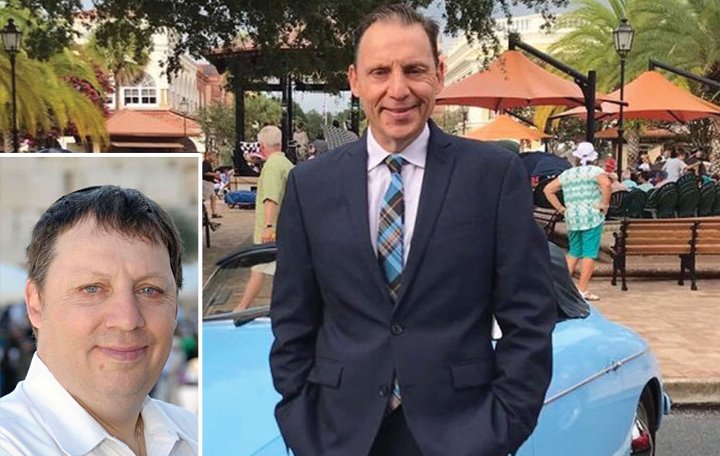 Mark Schiff, before and after

A rabbi told me he wanted to pay someone to be all over him about his eating habits. That used to be called a “mother.” Now it is a highly paid food coach.

‘I’ve kept off the weight because it’s not about the weight; it’s about health. I’m trying to get healthy, not skinny. Skinny is the gift of getting healthy.”

There are no permanent fixes. If you want to keep weight off, get ready for the fight of your life – or join the Hare Krishnas. I’ve never seen a chubby Hare Krishna. Heart attacks, stents, open-heart surgery, erectile dysfunction, diabetes and strokes most of the time do not lead to people changing. Fear wears off. People tell me they want to change but usually stipulate they don’t want to do anything too drastic. When did having a surgeon cut you open down the middle stop being considered not drastic? (I just got up for more nuts and ate them. I’m such a lost soul.)

I know beyond a shadow of a doubt that if I go back to my old habits, I’m history. I made a deal with myself that when the time comes and I must give back my body to my creator, I want to return it, to the best of my ability, the way it was given to me. That means in good shape. I want to know that when the day comes, and it will, that I did all I could to prevent it. If not, that voice inside of me will have a field day berating me on my deathbed: Please, God, no more nuts today!

How to Make Thanksgiving More Jewish