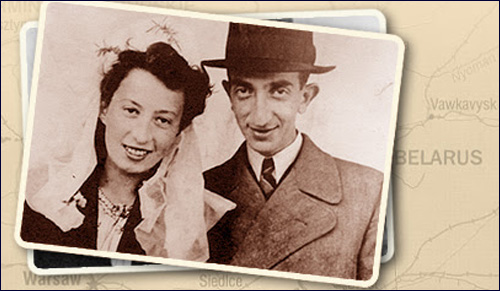 A glimpse into the eventful, fearless life of an indomitable survivor.

When Lola Lieber’s husband, Mechel, was arrested by the Nazis during the Holocaust, she did the unthinkable. Pretending to be a gentile, she walked into Gestapo Headquarters and asked to speak to whoever was in charge. She was taken to the office of SS Lieutenant-Colonel Adolf Eichmann, Gestapo Chief and overseer of Hitler’s “Final Solution” – the extermination of European Jewry.

She told Eichmann her husband wasn’t a Jew, had been picked up by accident, arrested by mistake. When Eichmann picked up the phone to call the jail where Mechel was being held, it became obvious the ploy wouldn’t work. All the jailers would have to do to determine if a man was Jewish, was check if he was circumcised. Understanding how badly things would play out, Lola turned and as calmly as possible, strolled out. Miraculously, no one stopped her. Mechel escaped later and reunited with his beloved bride.

Lola Lieber was a fearless woman who survived the Holocaust. At the time of her death at 91, she was the mother of three, grandmother of 12, great-grandmother of 50, great-great grandmother of four, a successful artist and author of A World After This: A Memoir of Loss and Redemption. The title came from something her husband told her on their wedding day: “We will survive this era,” he said. “It is temporary. There will be a world after this. And if we don’t survive, God forbid … Lola, at least we have been married.”

Lola saved the Bobover Rebbe and his entire family from death.

Lola saved the Bobover Rebbe and his entire family from death when they found themselves confined, together, in Poland’s Bochnia ghetto, awaiting deportation on the Nazi death trains. During required registration, a Nazi commander asked her where she was born. She answered “Munkach, Hungary.” He began testing her truthfulness by chatting about Hungarian goulash, pastries, and songs. Lola succeeded to convince him she was Hungarian, not Polish, and therefore exempt from this particular train trip to hell. Furthermore, she convinced him her entire family – including the Rebbe and his family – were Hungarian and likewise, exempt.

Lola spent that night helping to forge Hungarian birth certificates for everyone, insuring their safe passage out of doomed Bochnia. Her courage inspired the Rebbe to call her “a modern day Queen Esther.”

In 1939, when she was 16, the Nazis stormed into a building in Krakow, Poland, where Lola lived with her family. Going door to door, the uniformed jack-booted German soldiers terrorized families. Lola watched as one Nazi grabbed an infant by its feet and swung it into a door. The baby’s head was smashed open. 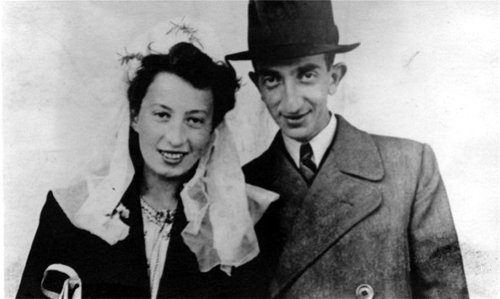 At 18, Lola married Mechel Lieber in a wartime setting of utter destitution. The 1941 ceremony was held in a rabbi’s backyard, in a little Polish town called Niepolomice. A bed sheet covered the table. There was no wedding gown for the bride. The family gave money to a peasant to purchase duck for the wedding dinner, but he spent it all getting drunk in a bar. The family then paid a fishmonger to obtain the main course, but instead of purchasing fish for the feast, he disappeared – likely under the bar stool next to the duck dealer. In the end, a relative cooked up sour eggs for a main course.

The Nazis were savage predators fixated on hunting down unarmed innocents who ran and hid, like Mechel’s family, in homemade bunkers. After one particularly vicious hide-and-seek raid, Lola and Mechel found them, all shot to death. Risking discovery and certain death, the couple loaded the bodies into a wheelbarrow and transported them to the town’s Jewish cemetery. Digging out the frozen earth till their hands bled, they buried them together, including a little girl holding her doll. They paused to whisper the Kaddish prayer and, miraculously, weren’t caught.

Years later, Lola painted two horrifying pictures of that event: “Bochnia: On the Way to the Cemetery” and “Bochnia: Burying the Dead.”

In the first, a grief-stricken Mechel with head hanging pushes a wheelbarrow piled with bodies, lifeless arms hanging off the sides, with Lola trying to keep them from falling out. 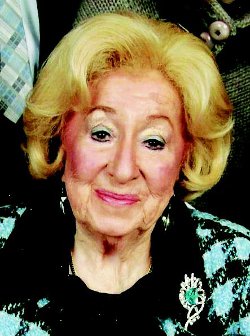 In the second, like the next frame in a film, the bodies of murdered family members are lying face up in a homemade grave. Mechel is frozen in time holding up a shovelful of earth to cover them over. Lola sits on the frozen ground covering her mouth, silencing a scream.

No photograph of that tragic scene exists, but the paintings suggest that Lola went outside herself that day – spiritually – to view herself, Mechel, and the corpses of beloved family under a bleak, gray freezing Polish sky. 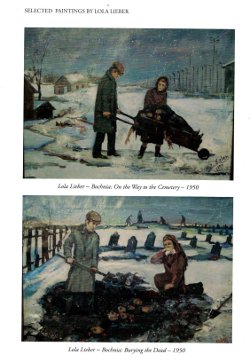 In Budapest at the war’s end, conquering Russian soldiers thought, mistakenly, that Lola and Mechel were German spies and forced the couple up against a wall, training their machine guns on them. A moment before firing, Lola and Mechel looked up to heaven and screamed “Shema Yisrael!” Fortunately, at that very moment, another Russian soldier – who understood Hebrew and who was “coincidentally” passing by – screamed even louder, “Don’t kill them! They’re Jews!”

Thus, the Liebers survived the war. In January 1946, Lola gave birth to their first child, Hershel, in a Munich hospital.

“I was a celebrity,” says Hershel, about the circumstances of his birth – a Jewish baby born on German soil. He had a bris and a pidyon haben – attended by American Jewish soldiers stationed in Germany.

Meantime, they waited for their visas. Luckily, Mechel had family members in Williamsburg, Brooklyn – the American Liebers, who ran the well-known chocolate manufacturing company. These good people pledged to be financially responsible for their surviving family members who arrived in New York in 1947, leaving Munich on a battleship, the S.S. Ernie Pyle.

Mechel went to work as a hosiery salesman, selling nylon stockings instead of the pre-war silk ones. Two more children, Yossi and Mati, were born.

Hershel remembers these as happy years, especially at their Passover Seders. “Of course we read the Haggadah, recalling the Jewish exodus out of bondage in Egypt. But over the dinner, my mother and father told the stories of their own flight to freedom” from the blood-soaked graveyard of Nazi Europe to America, home of liberty and justice for all – including Jews.

But happily ever after ended in 1966, when Mechel died of cancer. With the heroic young husband of her dreams gone, Lola mourned greatly, but then she did what survivors do. She remarried. Twice. 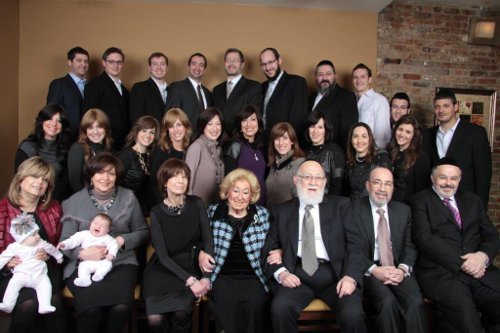 She also painted fast and furiously “over 1500 paintings,” says Hershel. “About 10-12 of them were Holocaust themes and of these, four went to Yad Vashem in Israel.” She also painted flower-filled landscapes. “But her specialty,” says Hershel, “was doing portraits. She painted all the rebbes – the Bobover, the Belzer, the Gerer, the Lubavitcher and both Satmar rebbes.”

Then Hershel talked her into writing a book. “I grew up hearing her stories and my father’s stories at the Seders – about pre-war, during-war, after-war. I encouraged her to set down these stories in writing. She began recording them and we found an editor to pull it all together into a book, published in 2010.” 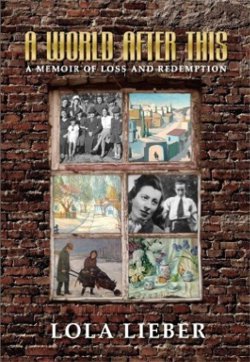 Lola was 87 years old when the book came out. “It was,” says Hershel, “the harbinger of a whole new thing – going to schools to speak about the Holocaust.” Lola gave these talks at Bais Yaakovs in Los Angeles, Miami, and Brooklyn, at Brooklyn’s Yeshivah of Flatbush and at Kingsborough College – the latter with its student body comprised of gentiles and Jews.

At first, recalls Hershel, “she was petrified.” But then, seeing all those young people rapt with attention, hanging on her every word, she relaxed, understanding she was handing over the history of a generation, speaking for all those murdered Jews who couldn’t speak for themselves. She was bearing witness.

Lola Lieber passed away November 1, 2014, motzei Shabbos on 9 Cheshvan, the same yahrzeit as Mechel – only 48 years later. “The chances for that to happen are one in about 350, going by the Jewish calendar,” says Hershel.

“Her legacy,” says her oldest son, “is not only about her Holocaust experiences, nor her talent as an accomplished artist. She was a loving, giving, caring woman. There wasn’t a person who met her who didn’t fall in love with her.”

Photos Courtesy of the Lieber Family

When the Germans Entered the Town

A Woven Memoir
Saadiah Gaon, Rashi and Maimonides: How Three Rabbis Revolutionized Judaism
King Sennacherib and the Siege of Lachish
Three Small and Easy Changes to Add Positivity in Your Home
Comments