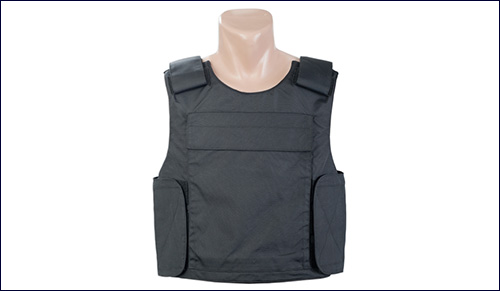 I never thought I could live in Israel during times of war. I underestimated myself and the country.

When I was 16 years old, the Gulf War broke out in Israel during my high school’s winter break.

I loved Israel. I loved the bronze desert hills of the Negev and the verdant greenery of the Golan Heights. I loved the fragrant zaatar sold at the shuk with its squawking vendors, the parched earth littered with sunflower seed shells. I loved everything about it.

Except for the wars.

I was Israel’s fair-weather friend.

When the Gulf War broke out, thousands of missiles were trained on the land I loved so dearly. My friend Jennifer was in Israel at the time, visiting for winter break. Oh how I pitied her. I shivered to think of her, huddled in a shelter, wearing a gas mask. I couldn’t peel my eyes from the news. I mourned for a country so dear to me, yet I embraced the freedom of living in the wonderful United States of America.

I could never ever do what Jennifer did, even for a few weeks’ time.

Fast forward a decade or so. My husband and I came to Israel for a year as newlyweds. He was finishing his studies; I was expecting our first child. I was once again in love with my country.

When an opportunity arose to buy an apartment in Israel, we were convinced that it was the right thing for us. The Gulf War was a distant memory. Times were relatively peaceful. I would stay home when public places became risky. It would be fine. We would build our family in the holy land.

Two months after moving into our new home in Israel, the second intifada erupted. The roads I took to my teaching job in Jerusalem were suddenly being shot at by terrorists. My place of work issued bullet proof vests.

But where was home? The question itself confused me. Was home the country that I grew up in - a country that had granted me freedom, contentedness and tranquility? Or was home this variegated homeland of mine with its political tug and pull?

Eight months pregnant, I pulled my 40-pound bulletproof vest tight over my belly and drove to work.

I will never forget the evening when, eight months pregnant, I pulled my 40-pound bulletproof vest tight over my belly and drove to work.

She didn’t understand that I’d never be able to do that either!

“Would you like to come home?” my parents asked me.

I’d love to say that I never entertained the thought - that I rode my Israeli horse into the sunset without ever looking back. But that wouldn’t be true. How could I not reconsider when I looked at my precious, innocent children? How could I not fantasize about the unencumbered life I’d led back in the United States?

Ultimately though, we chose to stay. Why? Because Israel is a land fraught with intensity, highs and lows, push and pull – it is the axis upon which the Divine presence rotates – so how could it be otherwise? In Israel, I felt that my life was even more precious than it had ever been in the United States, even as it precariously teetered. I wanted to live a life that mattered. I wanted my children to feel that they were links in the luminous chain of our heritage.

This was a decision that I reconsidered many times, according to the ebb and flow of the conflict here. Each time the artillery hummed, I wondered if I was doing the right thing. I imagined myself carrying oversized bags from Target instead of oversized boxes containing gas masks to work.

But ultimately, this amazing country sucked me in.

And this past week, as I sat in my shelter with my children numerous times, I’ve come to reconsider what I’m capable of. I’ve heard the swelling of the siren outside my window. I’ve shuddered at the sound of explosions as the missiles hit the earth outside. And now I am Jennifer, only I’m not only here on vacation.

People ask me, “I don’t understand how you do it. I’d never be able to.” And all I can say to them is, “Don’t underestimate the power of this country. Don’t miscalculate the power of God’s awesome presence which is so palpably felt in every crevice of every home. Don’t undervalue the feeling of treading the same paths that were paved here by our forefathers.”

The land of Israel has forged a true friend out of a fair-weather one.

Terror At The Tunnels
Olivia Newton John’s Grandfather was a Nobel-Prize Winning Jewish Physicist
Don’t Believe in Other Gods Versus God is One
Seeing Without Eyes
Comments
MOST POPULAR IN Israel
Our privacy policy
Aish.com Is Looking for Great Writers