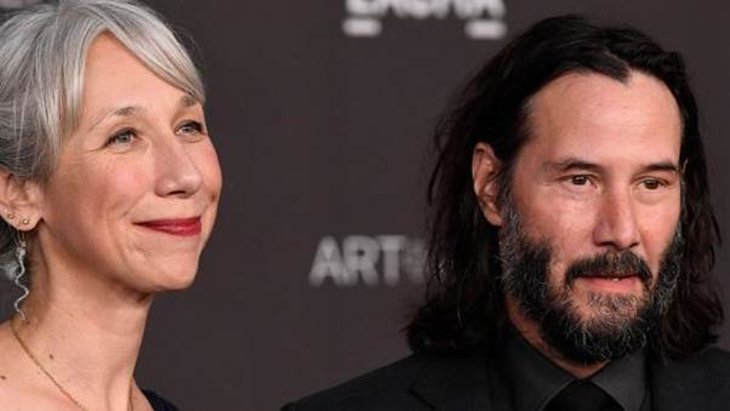 Why women are so obsessed with looking young. (Hint: Don’t blame men.)

Apparently, it is big news (in some circles that I clearly don’t move in) that Keanu Reeves is dating a woman not only relatively close to his age (she’s 46 to his 55) but a woman who has – brace yourselves – allowed her hair to go grey, seemingly unafraid of showing signs of aging.

Whether she is or isn’t we don’t really know; grey can be very chic, and I know even younger women who have sported silver do’s. But for Ali Drucker, who wrote a piece about this in The New York Times, this was freeing. Acknowledging her own fear of “looking older”, she applauds Alexandra Grant (Mr. Reeve’s date) for showing some wrinkles.

Yes, she noticed those too. Which brings me to my point. As Ms. Drucker explores her own feelings – and reveals her desire for just the right amount of pre-wedding Botox – she attributes her concerns and attitude to “part vanity and party internalized misogyny.” She is a card-carrying feminist after all, so clearly men must bear some of the blame somehow.

But I’m a little tired of accusing men of being the source of all the world’s problems and I’d like to take the (seemingly) radical step of laying this one at the foot of other women.

If we’re honest, most women will admit that they’re not actually dressing for men; they’re dressing for other women. I’m sorry to say, but unless the outfit is deliberately provocative, men can be a little oblivious. “That’s a nice dress,” my husband says (I’m grateful for the compliment). “Is it new?” I groan as I list the numerous times I’ve worn it. This would never happen with a girlfriend, and women go to great lengths, overfilling their closets in order to ensure that they are not seen wearing the same thing twice. Not seen by their girlfriends and female acquaintances that is.

If I gain a little weight, only my close female friends might have the chutzpah to mention it. My husband wouldn’t dare. Unless it was dramatic, I don’t think he’d notice. And even if my so-called girlfriends were polite enough to keep their mouths shut, I’d be aware of their scrutiny – and their judgment.

The opposite is also true. After significant weight loss, it’s only women who remark on it and possibly comment on the “accomplishment”. It’s not that the self-control required isn’t significant, but I need self-control for so many other much more important areas of my life. No one comments on those achievements. “You’ve become a lot kinder, more patient, more compassionate…”

If we allow our sense of self to be determined by externals, particularly by our current world’s obsession with youth, we will never be happy.

And about those lines, the ones that the author says that “even fillers can’t reach”, I have a lot. I wrote in an earlier article that one of my grandchildren once said that my face looked “crunchy”. Another recently asked if I was going to die soon! But these were innocent comments, no judgment implied. Not so with some of my female friends who volunteered (unsolicited) the names of the women who provided their Juvéderm, microplanning, Botox, you name it…and suggested, sotto voce, that “it is time for me to do something."

I’m not insulted, and I don’t harbor any resentment towards the eagle-eyed women in my life. I’d just like to give men a break and suggest that this is an issue that can’t be laid in their lap.

I could also attribute some blame to a society that no longer respects the elderly and the wisdom of old age – unlike the times of the Talmud when the young newly-elected leader of the Sanhedrin experienced a miraculous overnight aging in order to assist his colleagues in viewing him with appropriate deference. Or unlike our forefather Abraham, who prayed for signs of aging for similar reasons. This is a longer discussion particularly in a world where a millennial can apparently effectively end an argument by calling someone a (Baby) Boomer, thereby implying they are out-of-touch and irrelevant.

But, ultimately, the blame, if such is the word, rests solely on our shoulders. If we allow our sense of self to be determined by externals, particularly by our current world’s obsession with youth, we will never be happy. If we allow men, other women or Vogue magazine to establish whether we are attractive or not, we’ll never measure up. Our self-esteem needs to come from our internal compass, our values, our character, our meaningful accomplishments – and the fact that we were created in the image of the Almighty. What could be more attractive than that?

We are beautiful because of our souls, because of our connection to the Divine – and if we let that inner element dominate, these extra wrinkles will be less noticeable.

I think that, as women, as Jews, as the children of the Almighty, it’s time to stop blaming, to stop being victims of or dependent on others for a sense of self, physical or otherwise.

It’s time to look inwards and ask the Almighty to let our true beauty shine through.

We Are All Miners5 min read 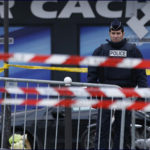 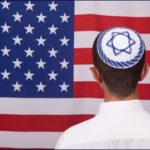 What Made America Great in the First Place6 min read 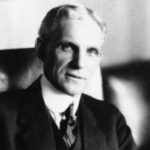