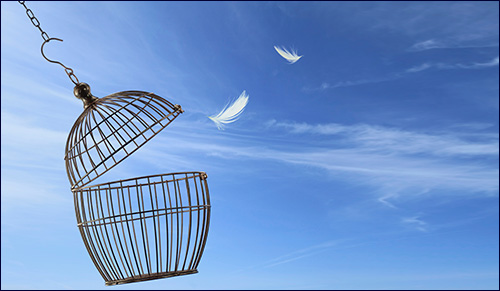 At the outset I declare an interest. I am a Jew. Israel is therefore for me the place where my people were born almost four thousand years ago, the place to which Abraham and Sarah travelled, where Amos voiced his vision of social justice and Isaiah dreamed of a world at peace, where David composed the Psalms and Solomon built the Temple – and this had consequences not only for Jews but also for Christians and Muslims, who claim Abraham as their ancestor in faith, and whose God they take as their own.

Augustine declared that Jews were cursed as Cain, destined to be restless wanderers.

This had tragic repercussions throughout the Middle Ages, because Christians and Muslims claimed, each in their own way, to have replaced Jews as the people of God and thus as heirs to the Holy Land. The otherwise saintly Augustine declared that Jews were cursed with the fate of Cain, destined to be restless wanderers on Earth without a home. Islam held that any land that ever came under Muslim rule was henceforth and forever Dar Al Islam, that is, land that rightly belongs to the Umma, the Muslim people, any other rule being illegitimate. On both of these theologies, Jews had no right to their ancestral home.

A half-century ago, these theologies would have been considered irrelevant. The West had moved on. After a century of religious wars following the Reformation, it recognized the need for the secularization of power. This allowed the United Nations, in the Partition vote of 1947, to grant Jews the right to a nation state of the own after two thousand years of exile and persecution. Eventually there were peace agreements with Egypt and Jordan and an intensive process with the Palestinians. When power is secularized, peace is possible.

Today, though, the Middle East and parts of Asia and Africa are undergoing a seismic shift in precisely the opposite direction. People are de-secularizing. They feel betrayed by secular nationalist governments that failed to deliver prosperity and national pride. They consider the national boundaries imposed by colonial powers to be artificial and obsolete. They are uninspired by the secular culture of the West with its maximum of choice and minimum of meaning. And they have come to believe that salvation lies in a return to the Islam that that bestrode the narrow world like a colossus for the better part of a thousand years.

And though their faith is hostile to modernity, they sometimes understand modernity better than its own creators in the West. They know that because of the Internet, YouTube and the social media, communication, indeed politics itself, has gone global, and they also know that the great monotheisms are the most powerful global communities in the world, far broader and deeper in their reach than any nation state. And the religious radicals are offering young people the chance to fight and die for their faith, winning glory on earth and immortality in heaven. They have started recruiting in the West and they have only just begun.

The Islamists know that demonizing Israel wins sympathy in the West.

But when ancient theologies are used for modern political ends, they speak a very dangerous language indeed. So for example, Hamas and Hezbollah, both self-defined as religious movements, refuse to recognize the legitimacy of the State of Israel within any boundaries whatsoever and seek only its complete destruction.

The Islamists also know that the only way they can win the sympathy of the West is by demonizing Israel. They know you can’t win support for Isis, Boko Haram or Islamic Jihad, but if you can blame Israel you will gain the support of academics, unions and the media and you will distract attention from the massacres in Syria and Iraq, the slow descent of other countries into chaos, and the ethnic cleansing of Christians throughout the region.

They are thus repeating the very failure of the regimes they have risen against, who for fifty years suppressed dissent by demonizing Israel as the cause of everything wrong in the Arab or Islamic world. When you blame others for your failures you not only harm them, you harm yourself and your people. To be free, you have to let go of hate. And if you let hate speech infect the West, as has already happened in some of our campuses, prisons and even schools, then our freedom too will be at risk.

My Lords, I and the vast majority of the Jewish community, care deeply about the future of the Palestinians. We want Palestinian children, no less than Israeli children, to have a future of peace, prosperity, freedom and hope. Which is why we oppose those who teach Palestinian children to hate those with whom they will one day have to live; who take money given for humanitarian aid and use it to buy weapons and dig tunnels to take the region back to a dark age of barbarism.

More generally we say in the name of the God of Abraham, the Almighty, merciful and compassionate God, that the religion in whose name atrocities are being carried out, innocent people butchered and beheaded, children treated as slaves, civilians turned into human shields, and young people into weapons of self-destruction, is not the Islam that once earned the admiration of the world, nor is its God the God of Abraham. It was Nietzsche not the prophets who worshipped the will to power. It was Machiavelli not sacred scripture who taught that it is better to be feared than to be loved.

Every religion must wrestle with its dark angels, and so today must we: Jews, Christians and Muslims alike. For we are all children of Abraham and it will only be when we make space for one another as brothers and sisters that we will redeem the world from darkness and walk together in the light of God.

The Uyghurs: The Essential Facts Everyone Should Know
Faith: the Axis Upon Which the Wheel of Science Turns
Love - Not Just About Chemicals Anymore!
Is There a Moral Code in a Virtual World?
Comments
MOST POPULAR IN Current Issues
Our privacy policy